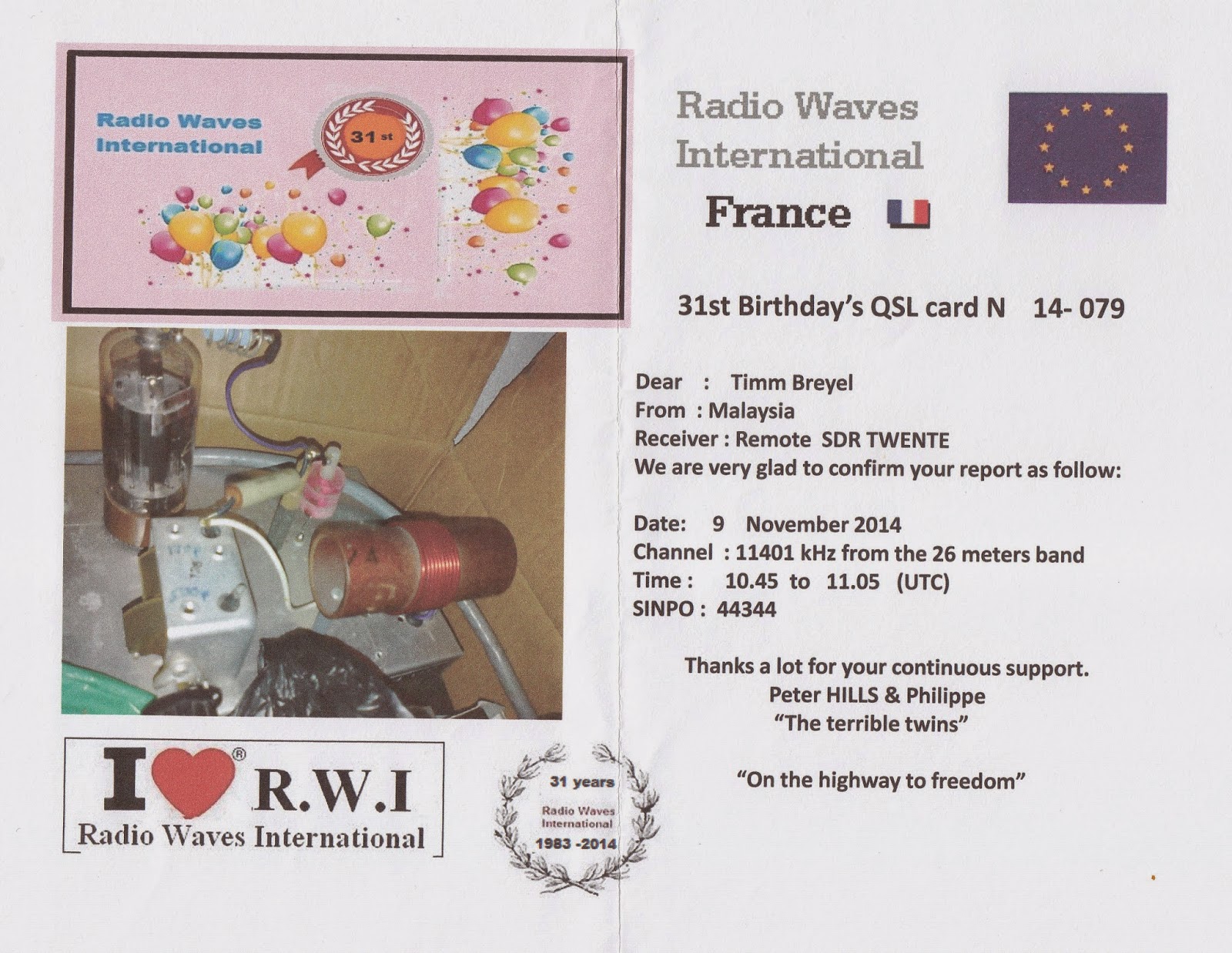 Radio Waves International*, transmitting from France, was received on 9 November 2014. This particular broadcast commemorated RWI's 31st anniversary and contained their usual mix of country and western songs, station IDs/jingles and C&W stars providing a plug for RWI. Transmission was monitored from 10.45 to 11.15 UTC on 11.401 kHz, although many other frequencies were used during their "Birthday Party" broadcast. Reception on 25 meters was (SINPO) 44344 -- good signal with minor atmospheric noise and fading, otherwise clear and audible transmission.

Reception report was emailed on the same day. On 28 November 2014, Philippe emailed to say "QSL is on the way". QSL, cover letter, stickers, flyers and C&W concert promotion in France was received on 2 December 2014. 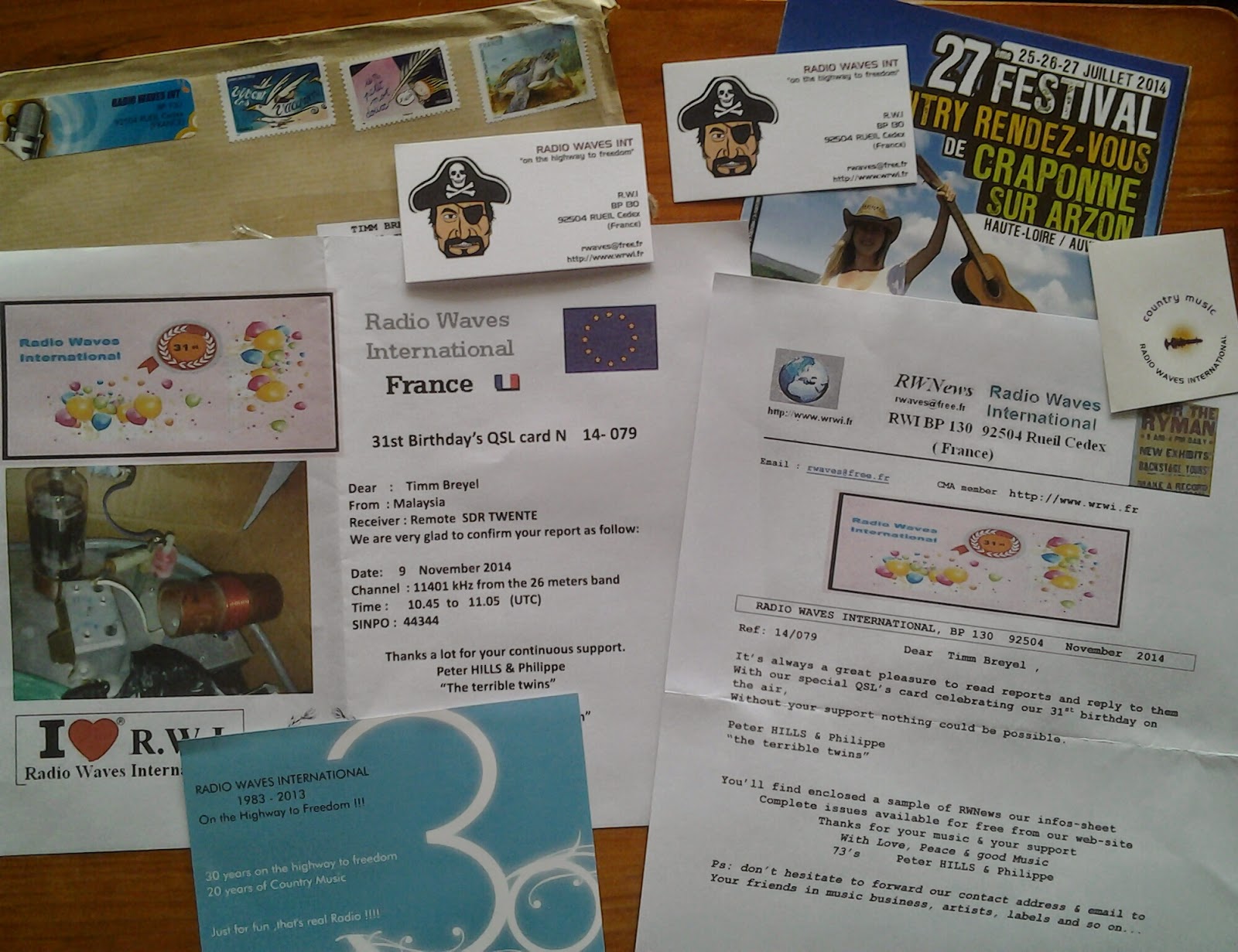