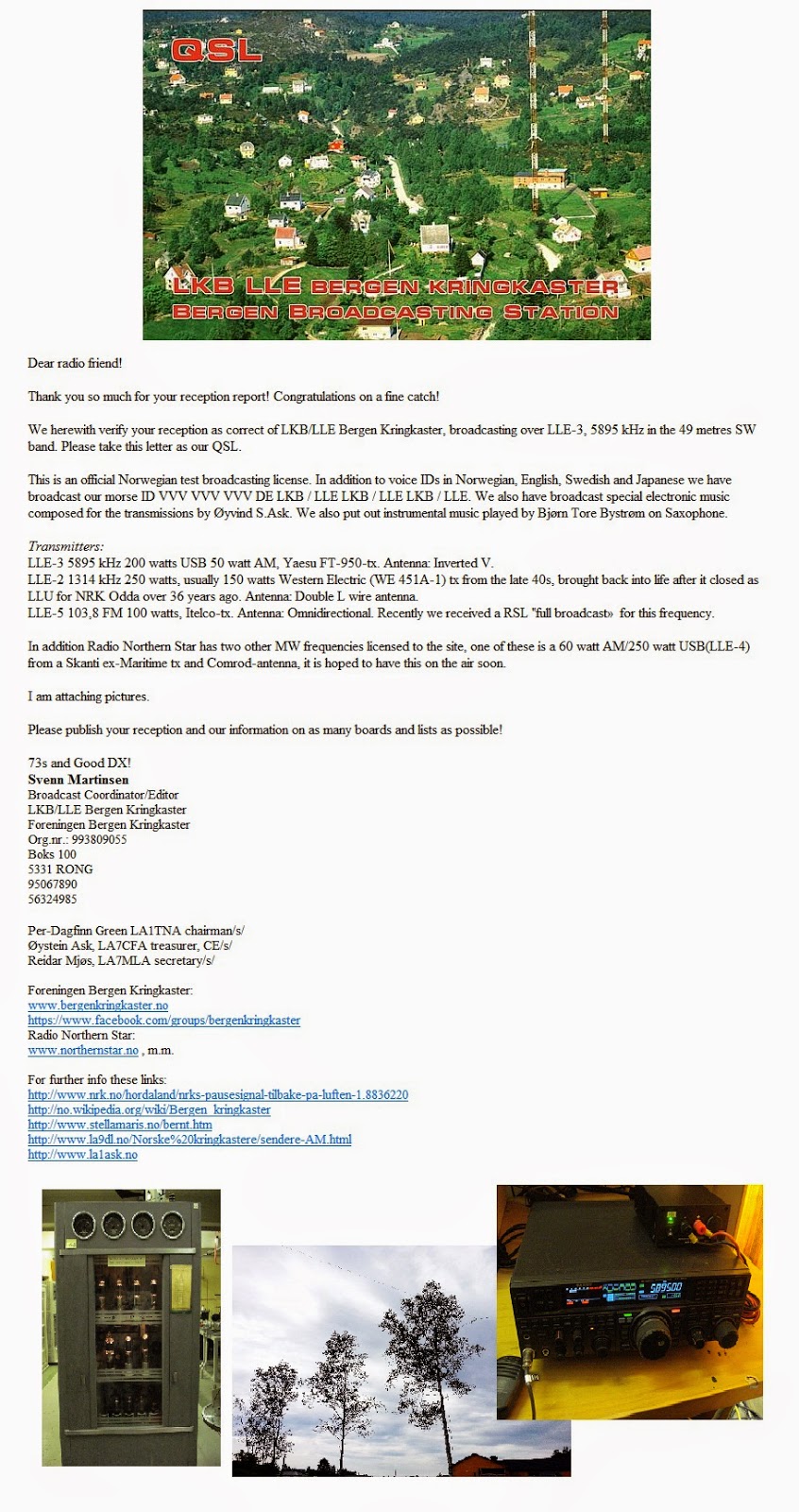 LKB / LLE Bergen Kringkaster (LA1ASK)*, transmitting from Bergen, Norway, was logged on 5 December 2014. CW and facsimile (digital mode) transmission was received clearly, then followed by voice transmission. This was repeated several times from 00.15 to 00.20 UTC, and heard well after 01.00 to 01.15 UTC. Reception on 5.895 kHz in USB mode was (SINPO) 24342 -- CW and facsimile transmission was clearly audible, whereas indecipherable audio was only faintly received on an otherwise QRN and QRM free frequency.

HERE is how LKB / LLE Bergen Kringkaster sounded in (Twente) the Netherlands.

Reception report was emailed and posted to Svenn Martinsen at  LKB / LLE Bergen Kringkaster within the week. On 30 January 2015 I received an eQSL Letter from Svenn Martinsen, confirming reception of station. 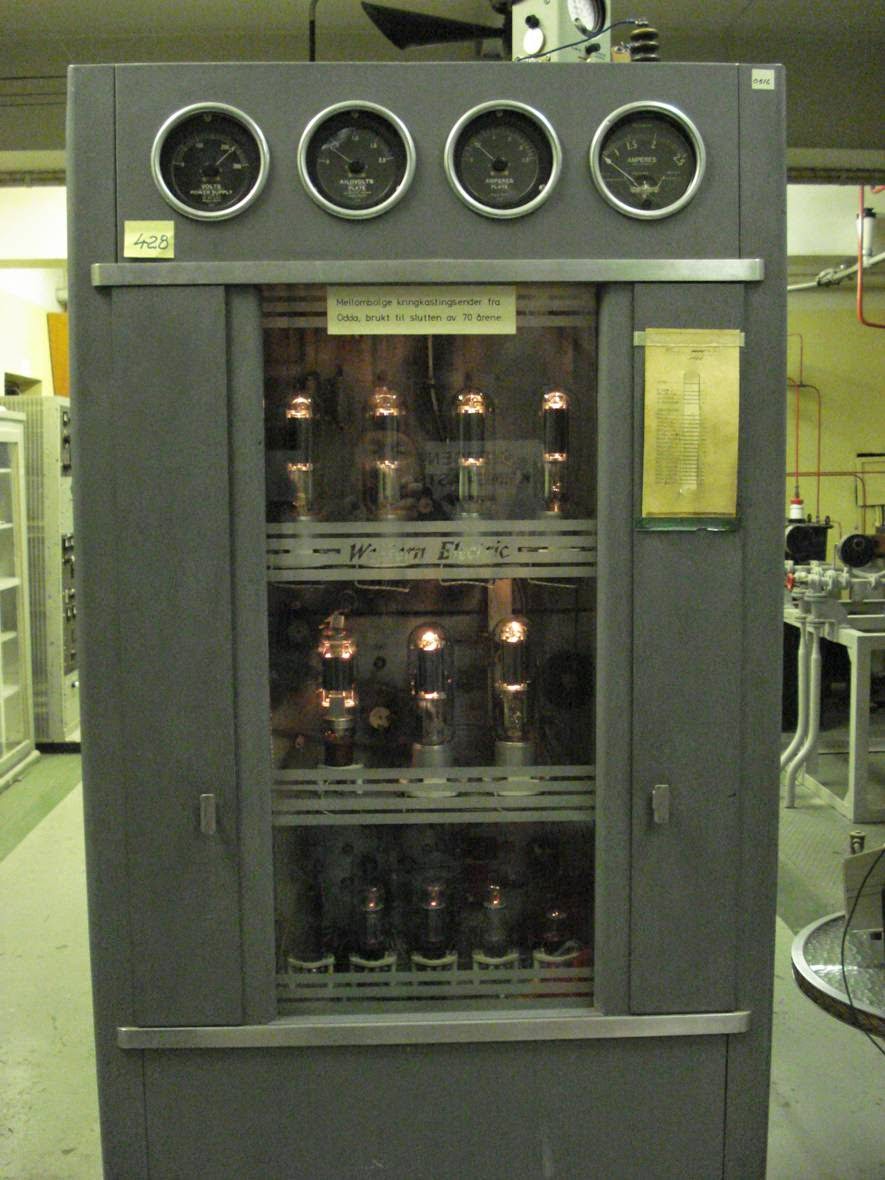 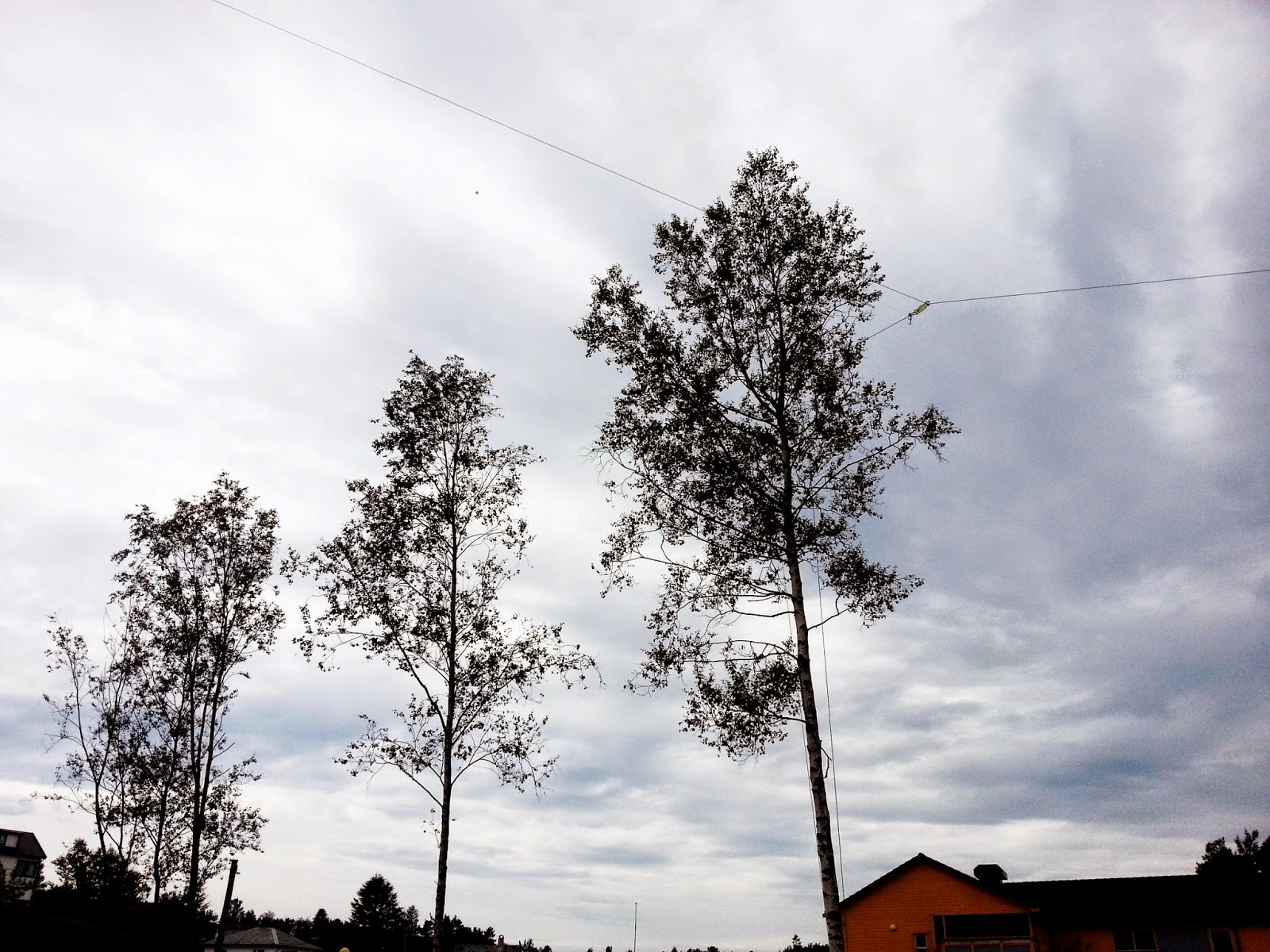 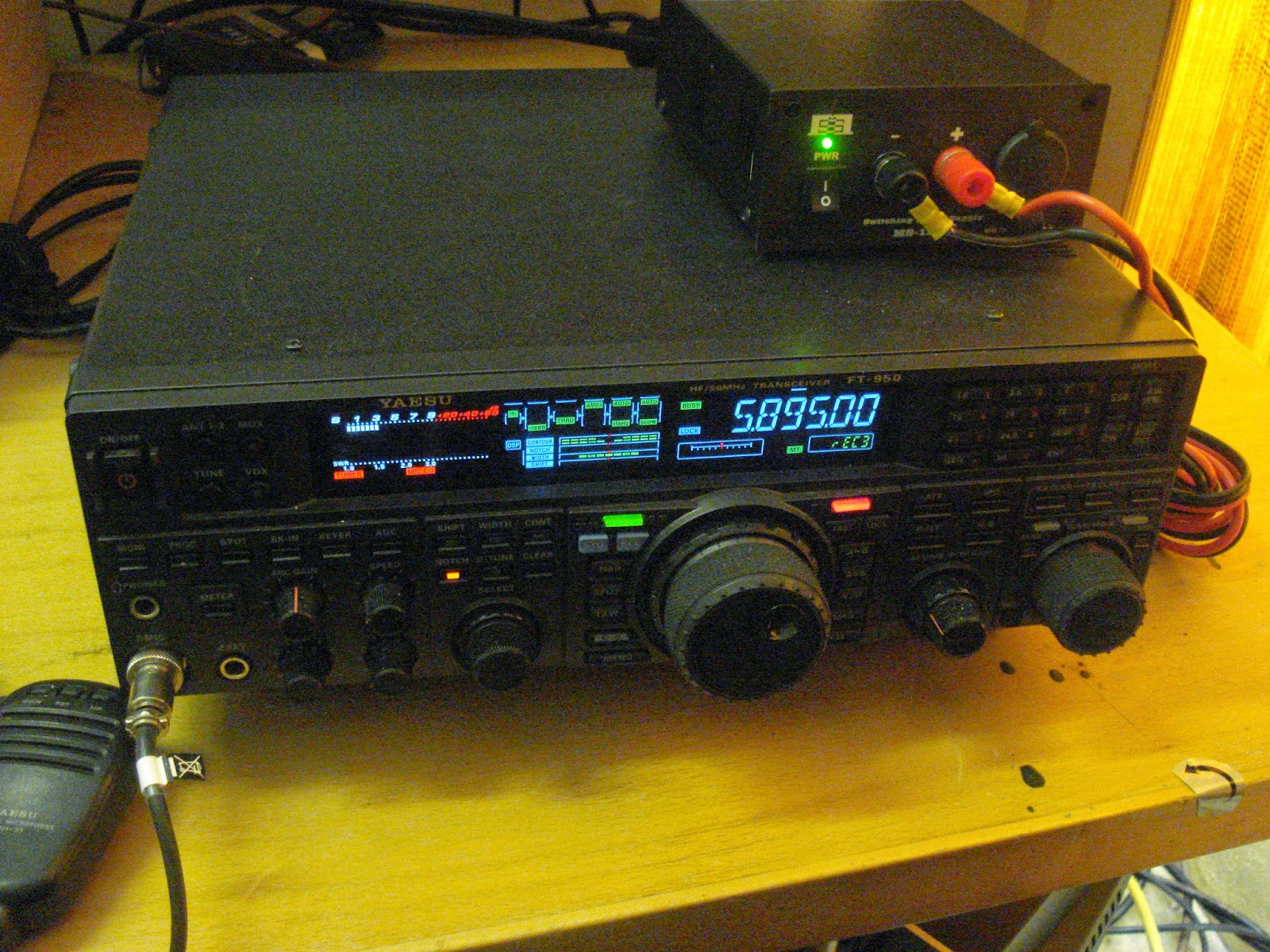 "Dear radio friend! Thank you so much for your reception report! Congratulations on a fine catch! We herewith verify your reception as correct of LKB/LLE Bergen Kringkaster, broadcasting over LLE-3, 5895 kHz in the 49 metres SW band. Please take this letter as our QSL. This is an official Norwegian test broadcasting license.

"In addition Radio Northern Star has two other MW frequencies licensed to the site, one of these is a 60 watt AM/250 watt USB(LLE-4) from a Skanti ex-Maritime tx and Comrod-antenna, it is hoped to have this on the air soon.

"I am attaching pictures. Please publish your reception and our information on as many boards and lists as possible!

*Logged using remote SRD receiver at University of Twente, the Netherlands.
Posted by T.L. Breyel at 4:38 AM