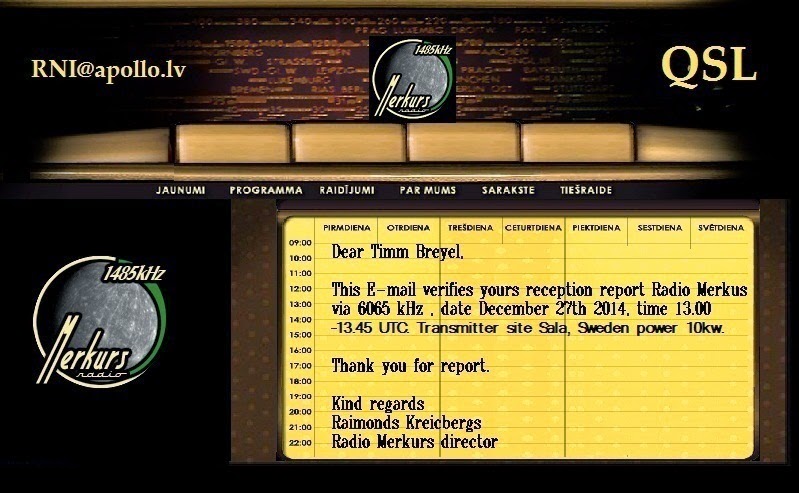 Radio Merkurs* with studio based in Riga, Latvia, was logged transmitting on shortwave from Radio Revival in Sala, Sweden on 27 December 2014. A selection of evergreen / swing music with occasional DJ comments between songs, including performances by Frank Sinatra, a tango tune, German and Latvian language songs(?), a solo guitar song, was observed from 13.00 to 13.45 UTC. 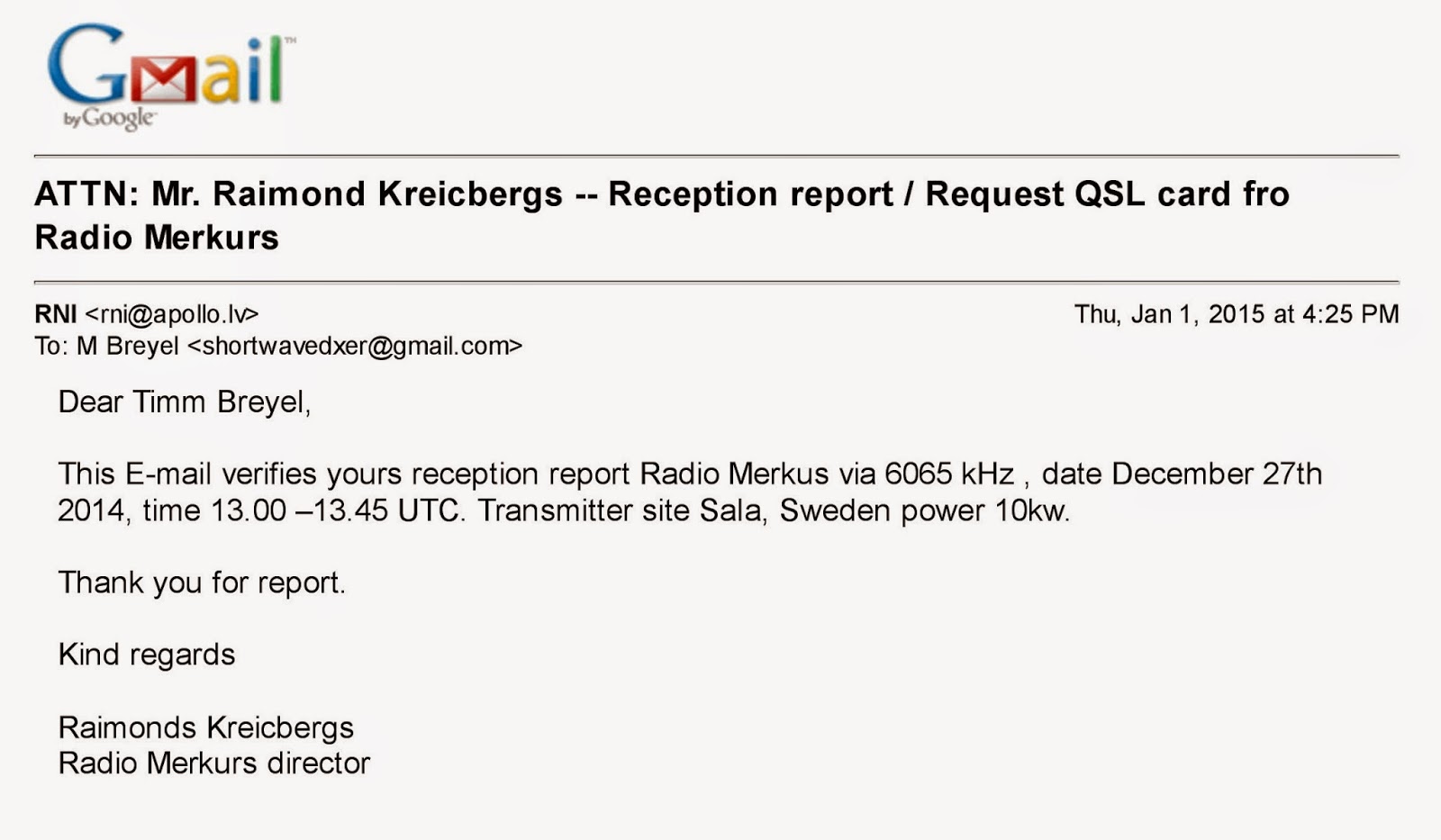