Silenced in 1977, WWV is back on 25 MHz "for old times' sake" -- on an "experimental basis." Acting on the request of an amateur radio operator lead electrical engineer at WWV, Matt Deutch, gave the green light to resurrect the long-dormant standard time outlet operated by the National Institute of Standards and Technology (NIST).

Deutch put the signal back on air first on 4 April 2014 for about 3.5 hours. He followed up with another test on 27 April. Initially the signal was only meant to stay up for 24 hours or so, but Deutch has reactivated it. Well, at least on 20 May the 25 MHz frequency was still in operation.

NIST said the 25 MHz broadcast consists of the normal WWV signal heard on all other WWV frequencies, at the same level of accuracy. The transmitter in Fort Collins, Colorado, can deliver 2500 watts (2.5 kW) into its "broadband monopole" antenna, although Deutch stated he is running it at 1200 watts (1.2 kW).

WWV in Fort Collins, Colorado (USA) was logged on the reactivated frequency of 25 MHz on 20 May 2014. After nearly two months of trying to catch their signal I managed to finally detect not only time pips and pulses, but speech between 18.02 to 18.36 UTC. Although weak with minor QRM and fading, WWV was audible with a SINPO of 24322 until 18.36 UTC when it disappeared completely.

Although the following audio clips are poor, they provide an idea of the signal quality  heard in Malaysia:
AUDIO FILE #1 at 18.08 UTC (voice).
AUDIO FILE #2 at 18.11 UTC (time pips/pulses). 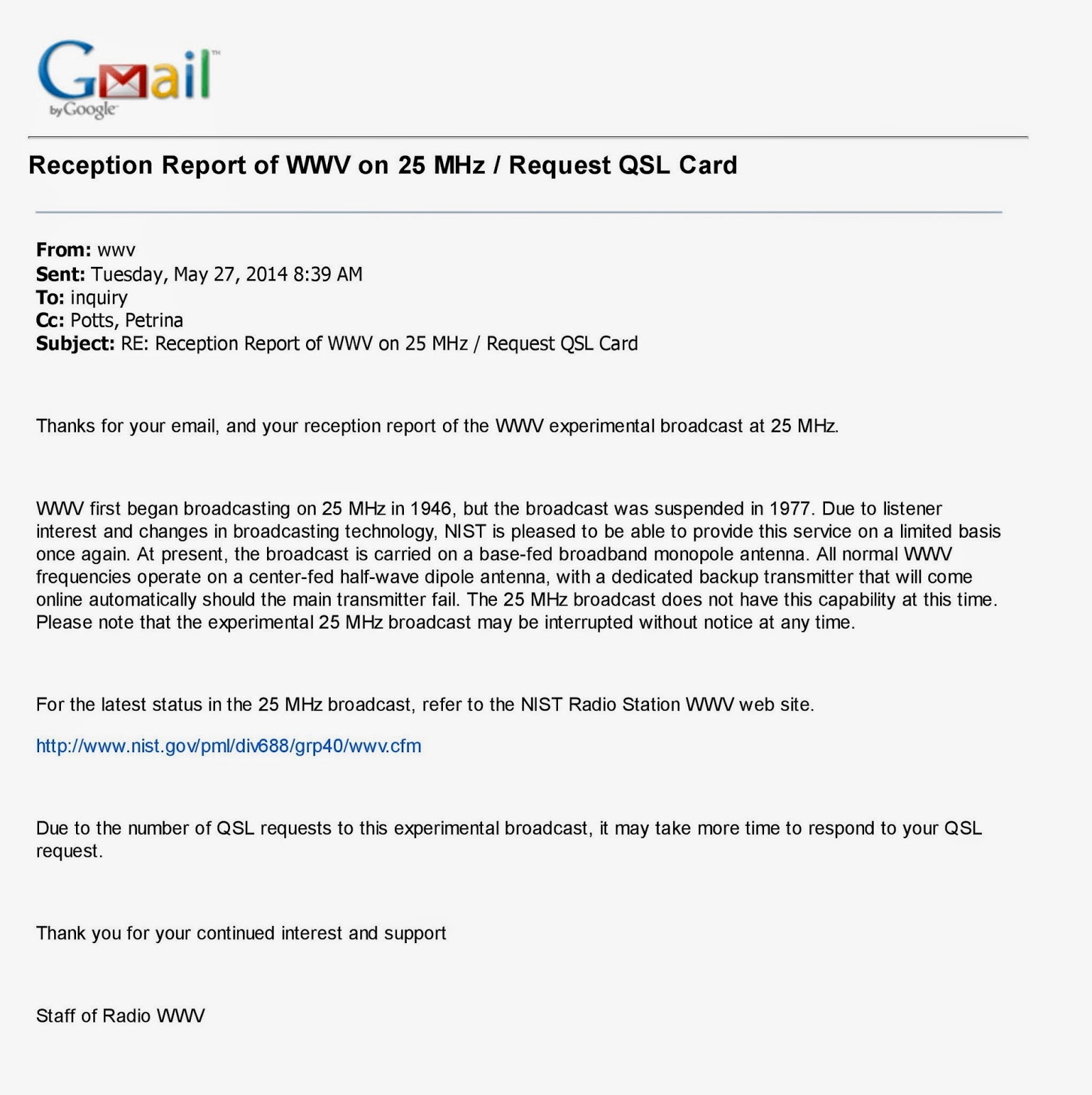 Reception report was emaled to WWV on the same day. WWV replied on 27 May 2014 with an email promising QSL. WWV's confirmation arrived on 10 June 2014.