Radio Mehr Iran is a clandestine short-wave station established to give "voice to Iranian public opinion and aspirations for an open dialogue with HM Reza Pahlavi II". The goal of this non-governmental organisation is to aid in "establishing a democratic, secular and nationalistic government in Iran - and supports the overthrow of the barbaric, anti-Iranian, terrorist Islamic Republic and bringing its leaders/collaborators to justice," according to an affiliated BLOGSITE. 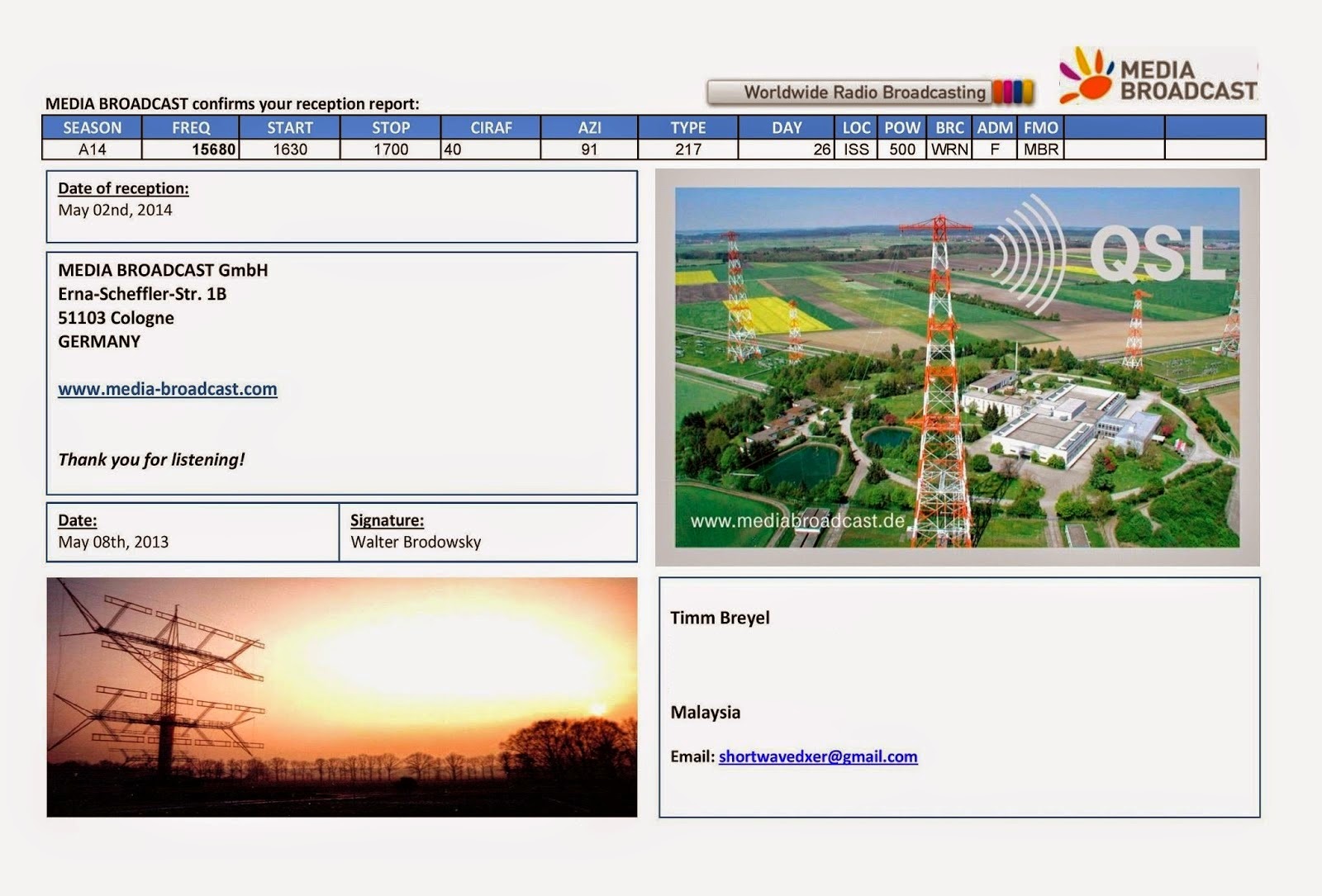 Radio Mehr Iran (WRN Broadcast) / Media Broadcast GmbH, transmitting from Issoudun, France, was logged 2 May 2014. A Farsi language broadcast began with interval tune, station ID and frequency announcement at 16.30 UTC. Nearly a half hour of reports about Iran, moderated by a female announcer, followed, then closed with two songs at 16.58 UTC. Reception on 15.680 kHz was (SINPO) 54554 -- strong and clear signal, despite slight interference from China Radio International (broadcasting several songs performed by The Beatles).

HERE is how Radio Mehr Iran sounded at sign-on.