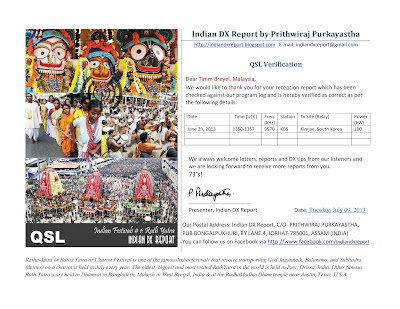 KBS World Radio, transmitting from Kimjae, Republic of Korea, was logged on 29 June 2013. A Bahasa Indonesia broadcast was monitored from 12.45 to 13.00 UTC, followed by English programming from 13.00 to 14.00 UTC. During the English broadcast, KBS Korean News, "Touch Seoul", "Listeners Lounge" and "Indian DX Report" was observed. Reception on 9.570 kHz was (SINPO) 54534 -  fading and adjacent station splatter made reception difficult to copy at times, although signal was strong and audible.

A reception report was submitted on-line to KBS and Indian DX Report. This eQSL was received from IDXR on 9 July 2013. Two QSLs from KBS World Radio arrived in the mail on 19 August 2013. 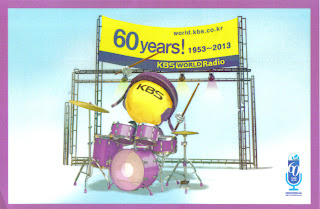 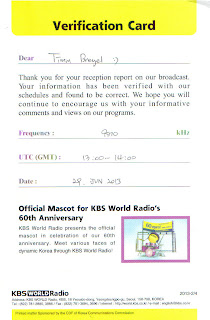 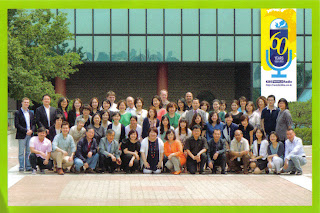 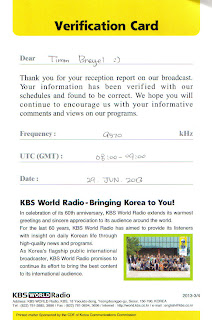