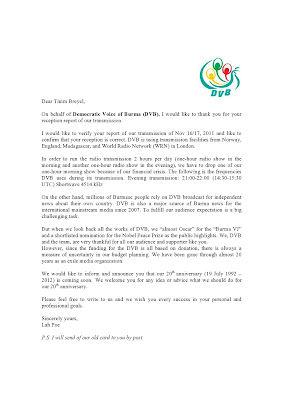 Democratic Voice of  Burma, based in Norway and transmitting presumably from Yerevan-Gavar, Armenia, was heard on 16/17 September 2011 from 23.30 to 00.30 UTC on 11.595 kHz. Signal (SINPO) at 23.30 was 14311 -- weak signal strength, fading and slight interference. Despite the poor transmission, speech was clear and discernible. Signal improved around 23.50 UTC to 45344 and remained strong.
A series of news commentaries and discussions in Burmese and national dialects were heard between music which was presented by female and male announcers. Reception report was submitted by post and email. An eQSL letter was sent in November 2011; as promised I received a QSL card and some old postcards commemorating Aung San Suu Kyi's 60th birthday. 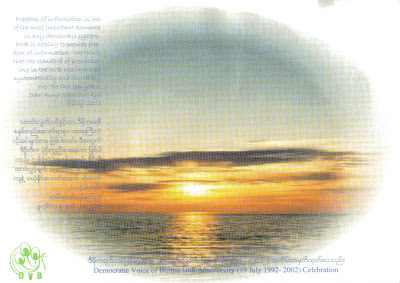 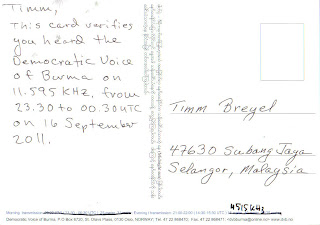