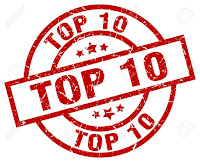 While propagation continued to be dismal for year 2019, a number of rare medium-wave stations and one-off short-wave broadcasts were logged, and more importantly, QSLed here in Malaysia.  Below are my top ten picks for 2019.

1. Radio Republik Indonesia Ranai PRO-1, transmitting from Natuna Regency archipelago in the Riau Islands, Indonesia. Acting on a tip from a fellow DXer, this 10 kW RRI station was logged a few days after it was reactivated. More surprisingly, RRI Ranai replied a month later with a letter of verification and QSL certificate. 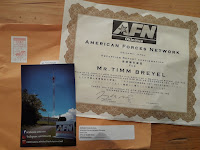 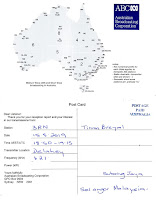 3. ABC Radio National - Station 3RN, transmitting from Melbourne (Delahey / Brimbank / Sydenham), Victoria, Australia. While many Australian stations -- short-wave, utility and medium-wave -- have been received in Malaysia, this 50 kW medium-wave Aussie station is the further-est one heard from down under. Not only did they send an eQSL, a nice paper QSL card was later posted.

4. WBCQ - The Planet, transmitting from Monticello, Maine, USA. With the boost in transmitter power to 500 kW -- not sure if they were up to full power when verified -- WBCQ was logged one afternoon, here in Malaysia. Alan Weiner confirmed first by email, then later after sending him an SASE. 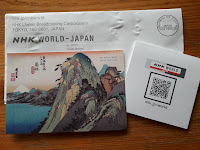 5. NHK World-Radio Japan "India Special," transmitting from Tashkent, Uzbekistan. This  lovely QSL card was a reprint of a Radio Japan QSL issued in the 1950s -- when the broadcaster first launched their Hindi / Urdu Services. 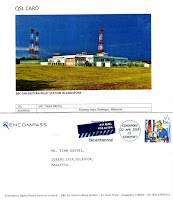 6. BBC - Far Eastern Relay Station (Encompass), transmitting from Kranji, Singapore. For many years I have heard BBC Kranji, but was never able to get their QSL. I have QSLs from NHK, DW and other international broadcasters who have used the Kranji facility, but BBC always eluded me until this year when I posted reception report to the relay site. 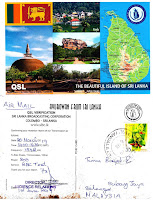 7. BBC Medium-wave Test Transmission  from the SLBC facility in Trincomalee, Sri Lanka. This was an ad-hoc test for BBC-Encompass, and fortunately Victor Goonetilleke spearheaded the QSL effort for fellow DXers who happened to catch this medium-wave test from Sri Lanka.

8. All India Radio  Hyderabad, transmitting from Hayatnagar (Vanasthalipuram), Ranga Reddy, Telangana, India. A debt of gratitude goes out to Spectrum Management & Synergy for issuing this QSL. Since they started handling AIR verifications, I  have received over 30 medium-wave confirmations for India. This was just one of three MW AIR stations confirmed for year 2019. 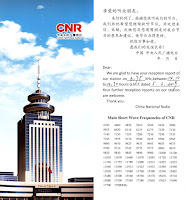 9. China National Radio 1 / PBS transmitting from Yushu, Tibetan Autonomous Prefecture, Quinghai Province, China. This QSL was particularly nice to receive insomuch as CNR actually posted a QSL card, and it was for a transmission from Yushu. As most radio enthusiasts are aware, CRI is good to QSL most any transmission, even those not directly related to their broadcast. So, to get this QSL and any verification from a China station other than CRI is special.

10. Japan Short Wave Club via Adventist World Radio,  transmitting from  Trincomalee, Sri Lanka. It's always nice to get a "special" QSL card, and this JSWC verification card was no exception. For a few USD to cover postage etc, this unique Year of the Pig QSL from JSWC was posted.