Radio Tirana, transmitting from Shijak, was logged on 26 January 2016. A German language program of news and Albanian folk music was observed on the shortwave frequency of 7.465 kHz,  from 20.28 to 21.00 UTC. Their English language service followed at 21.00 UTC. Reception was absolutely dreadful. A weak and barely audible signal was detected between fading, rounding out a SINPO of 25321. 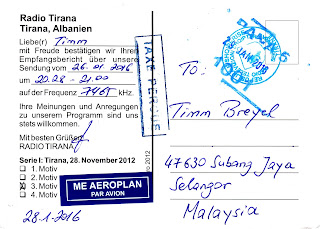 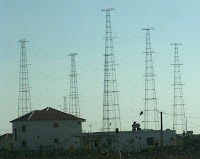 Photos of the Shijak, Albania, transmitter site for Radio Tirana, taken by manager Drita Cico in 2005. 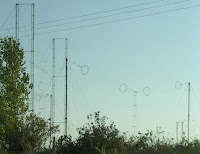