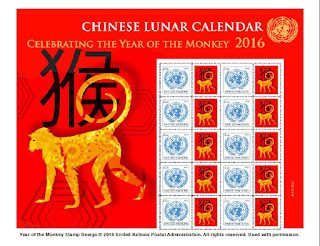 Radio Free Asia via Tinian Island was received on 4 January 2016. News reports about Korea and the region in Korean was monitored from 15.00 till 15.30 UTC (broadcast time 15:00 till 17:00 UTC). Reception on 7.210 kHz was (SINPO) 43443 -- good signal strength at sign-on and first 15 minutes of broadcast, despite co-frequency QRM from presumably Voice of Vietnam. Later into the broadcast, audio from both stations were mixing at approximately the same level, making it difficult to comprehend content. 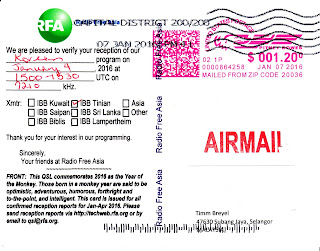