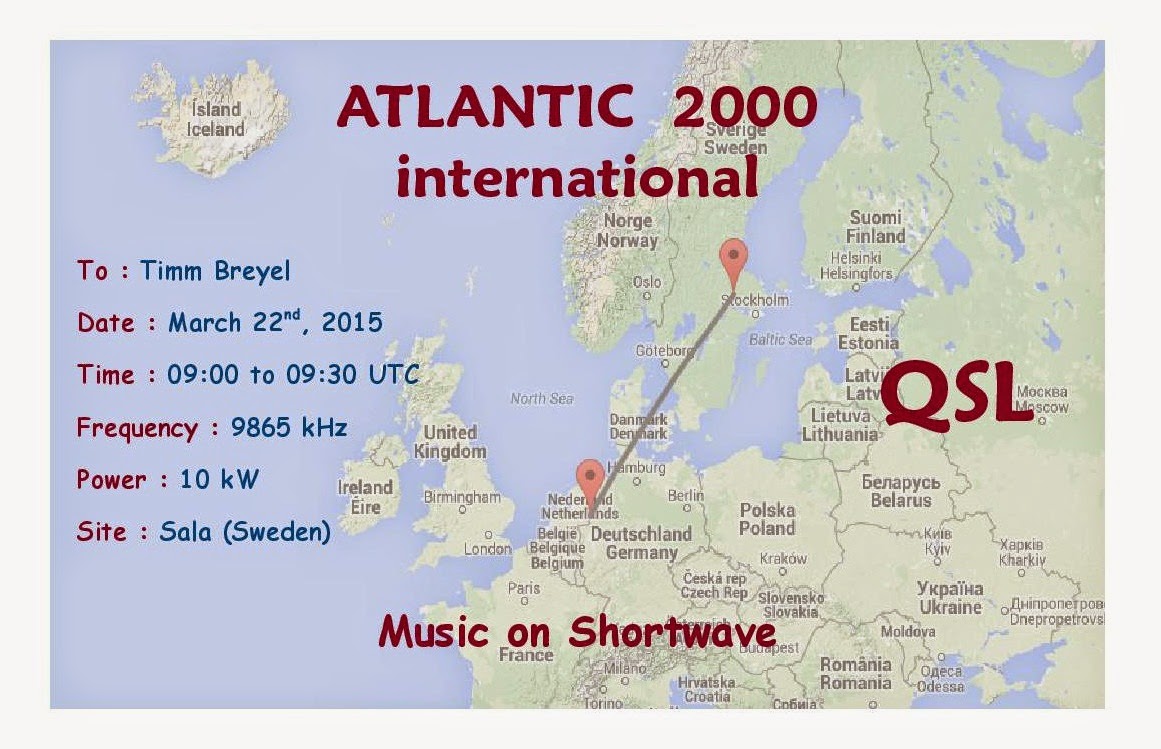 Atlantic 2000 International*, transmitting from Radio Revival Sweden in Sala, was logged was on 22 March 2015. A French language broadcast with frequent IDs and station announcements as well as pop songs, including  Belinda Carlise - "Blue Heaven is a Place on Earth", The Momas & Papas - "California Dreamin'", "Steve Strange of Visage - "Fade to Grey"Adele - "Make you Feel My Love", Albert Hammond - "It Never Rains In Southern California" and Lenny Kravitz - "The Chamber", was monitored from 09.00 till 09.30 UTC (broadcast time 09.00 till 10.00 UTC)

Reception report was emailed on 22 March 2015. Tiphanie at Atlantic 2000 International replied later in the day, confirming report: "Many thanks for your reception report. The QSL will be sent in a few days." On 27 March 2015 the above eQSL arrived.

*Logged using remote SDR receiver at the University of Twente (The Netherlands)
Posted by T.L. Breyel at 7:59 AM