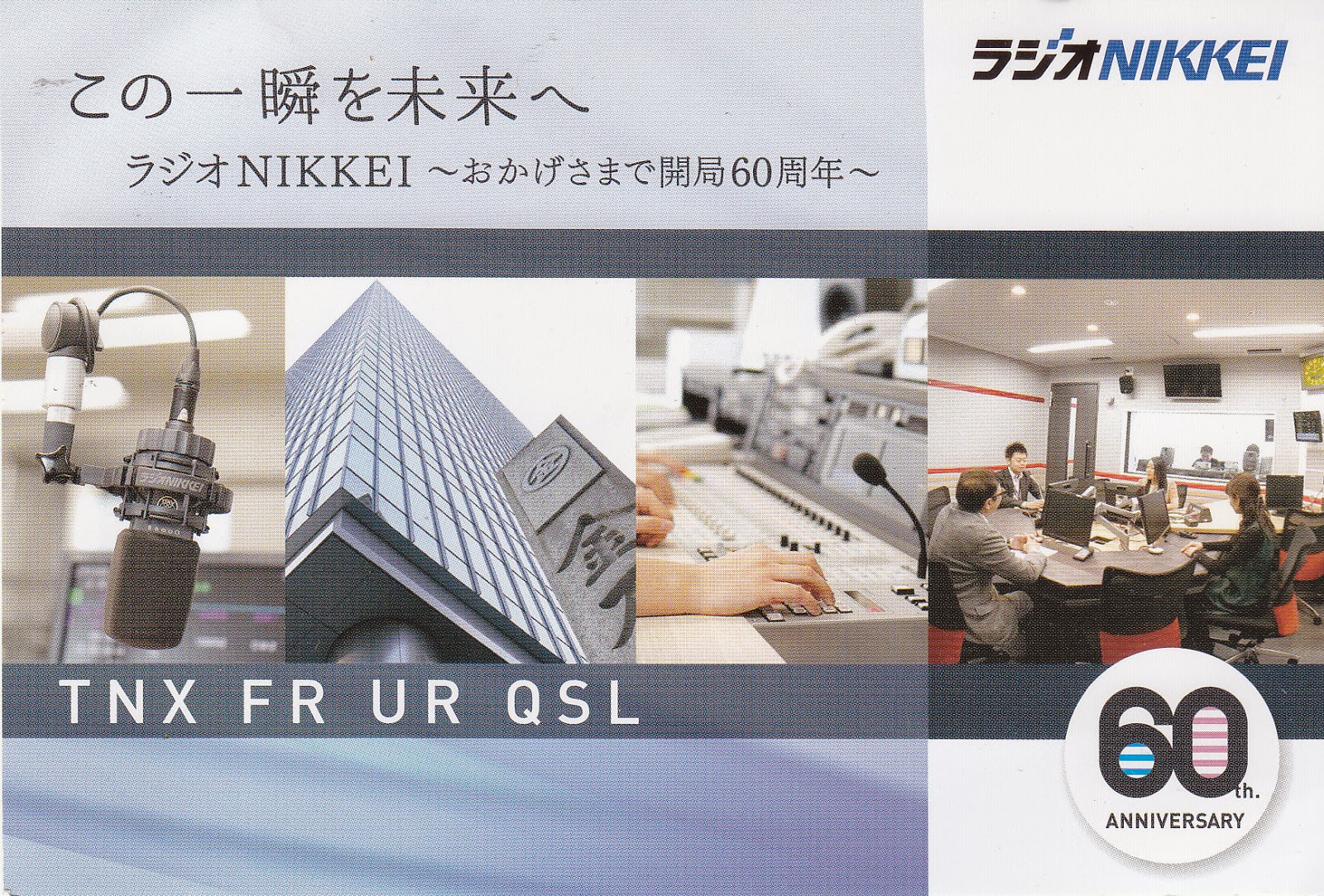 Radio Nikkei 1 in Chiba-Nagara, Japan was logged on 6 March 2015. A selection of American jazz, a current events report on Buddhism in Japanese and Japanese pop music was observed from 22.55 till 23.30 UTC. Reception on 9.595 kHz was (SINPO) 33433 -- poor to fair signal with clear audio despite some fading and QRM splatter from an adjacent station. Reception would have been better if not for the QRM. Transmission worsened after 23.20 to 23432.

Radio Nikkei 1 and 2 is heard regularly in Malaysia, usually best in the evenings, after 12.00 UTC. In the mornings, around 22.00 UTC, the station is noted as well. Terrible QRM splatter occurs at 23.00 UTC when China Radio International signs on, some 5Hz down at 9.590 kHz. 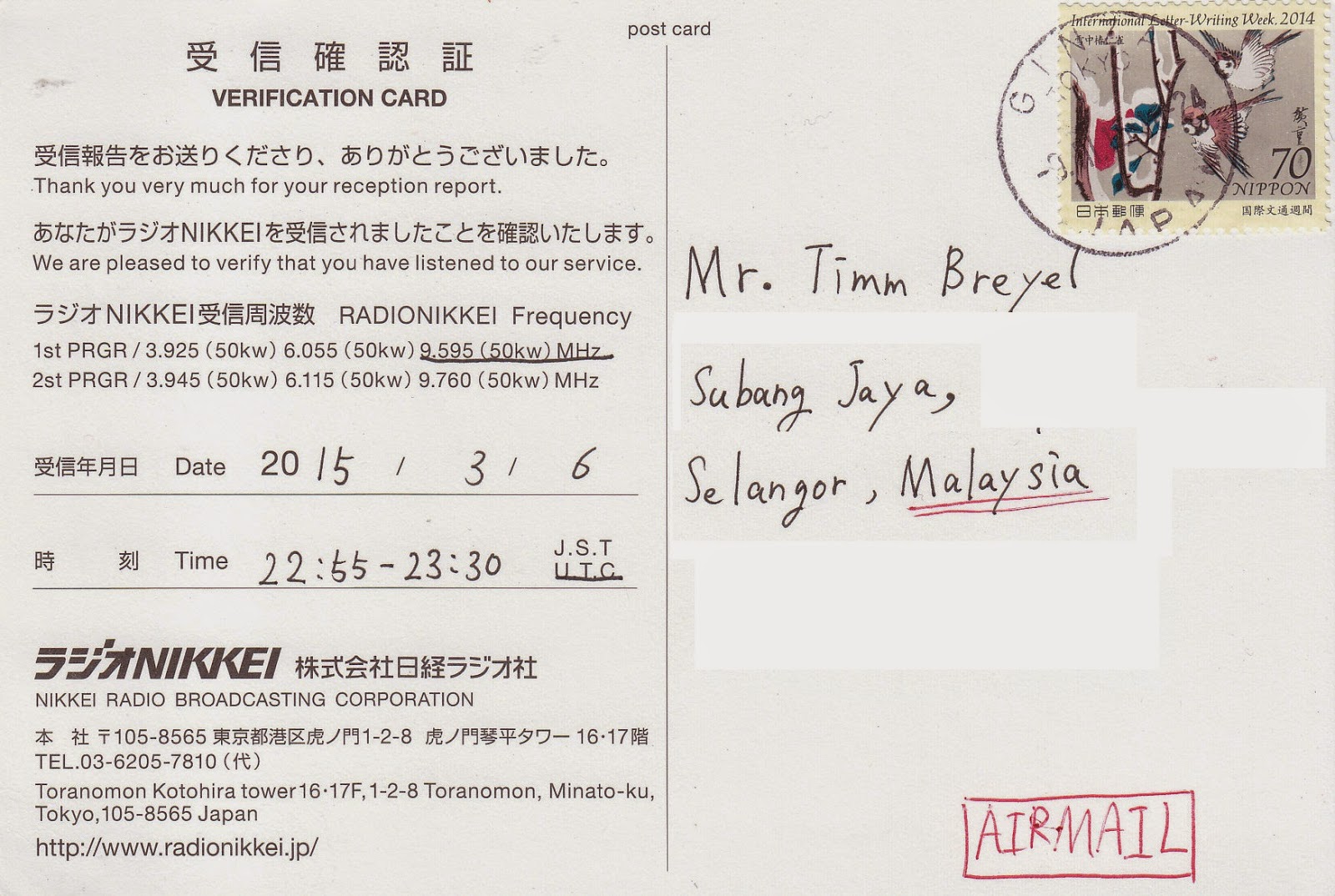 Reception report was emailed to Radio Nikkei on 7 March 2015. I have received QSLs for Radio Nikkei 1 and 2 on various frequencies over the years, several times, and they remain a good and prompt verifier. My intent here is to obtain their most recent QSL card. Bingo! Received the QSL card I was looking for on 18 March 2015.