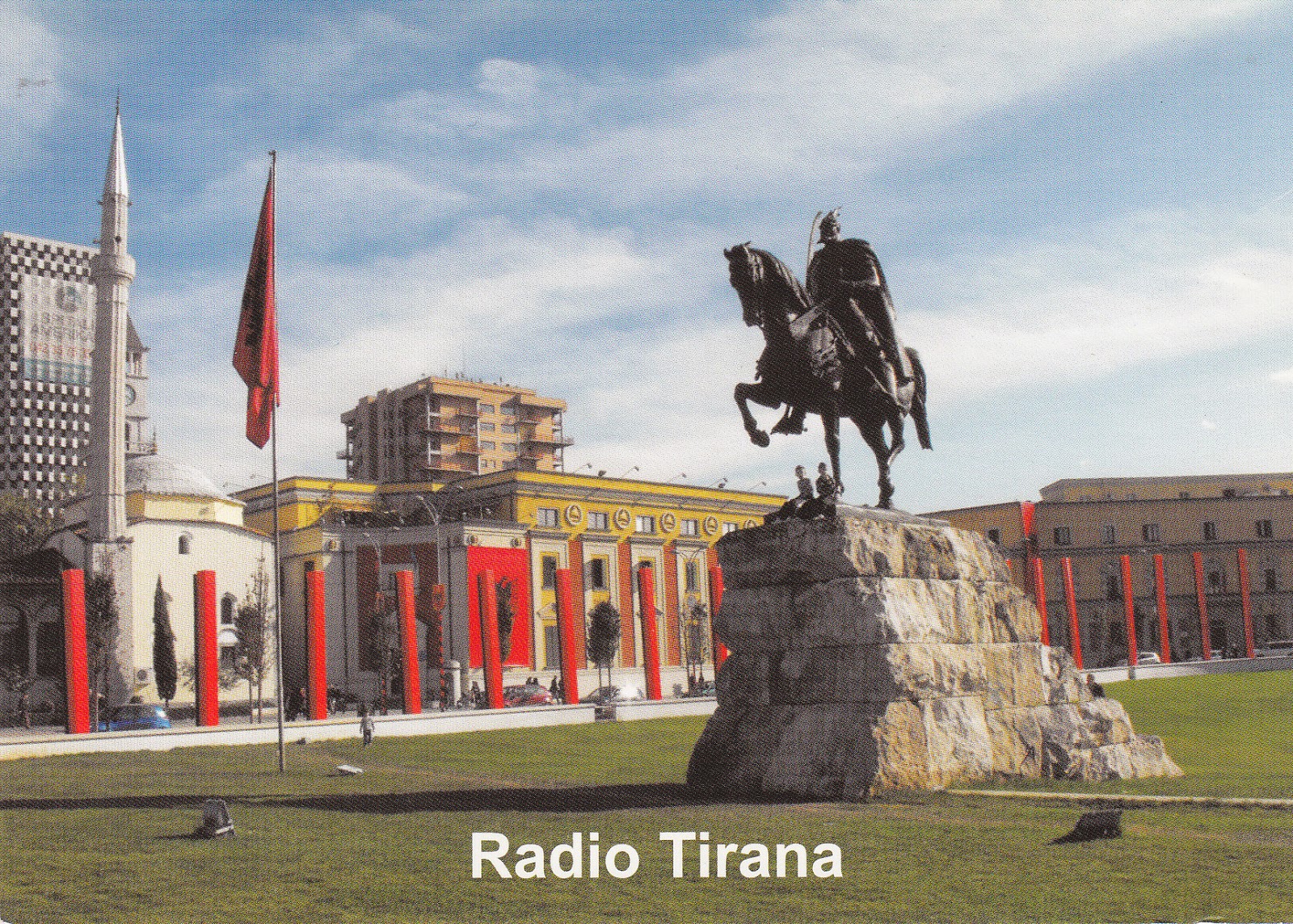 Reception on 7.465 kHz was  (SINPO) 25322, with poor to weak signal, atmospheric noise and fading, yet audible and discernible audio.  Transmission on this frequency and time was obviously intended for Europe, not necessarily elsewhere. 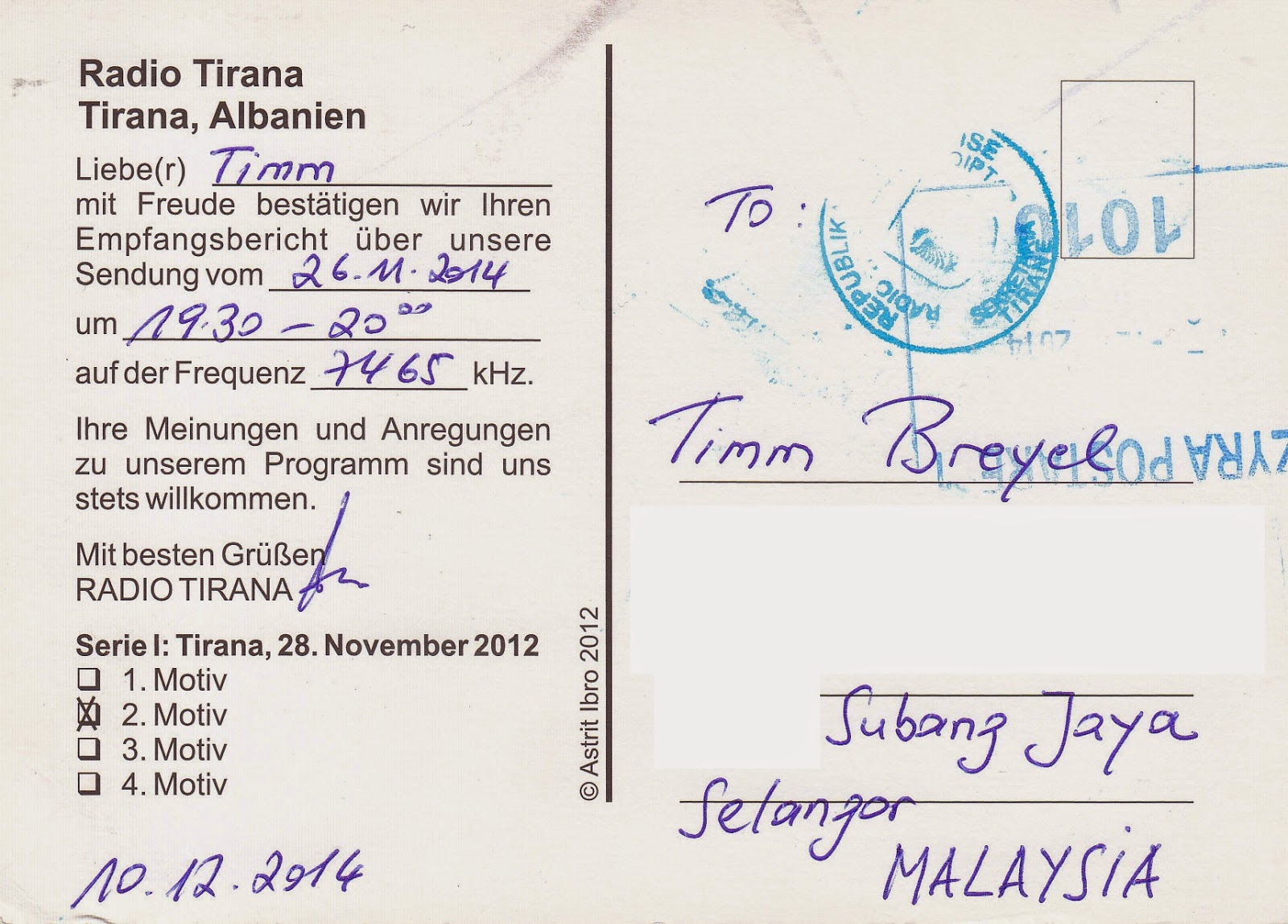 Reception report was emailed to Radio Tirana the following day. Report was submitted in German. QSL card received on 9 January 2015.
Posted by T.L. Breyel at 7:40 PM