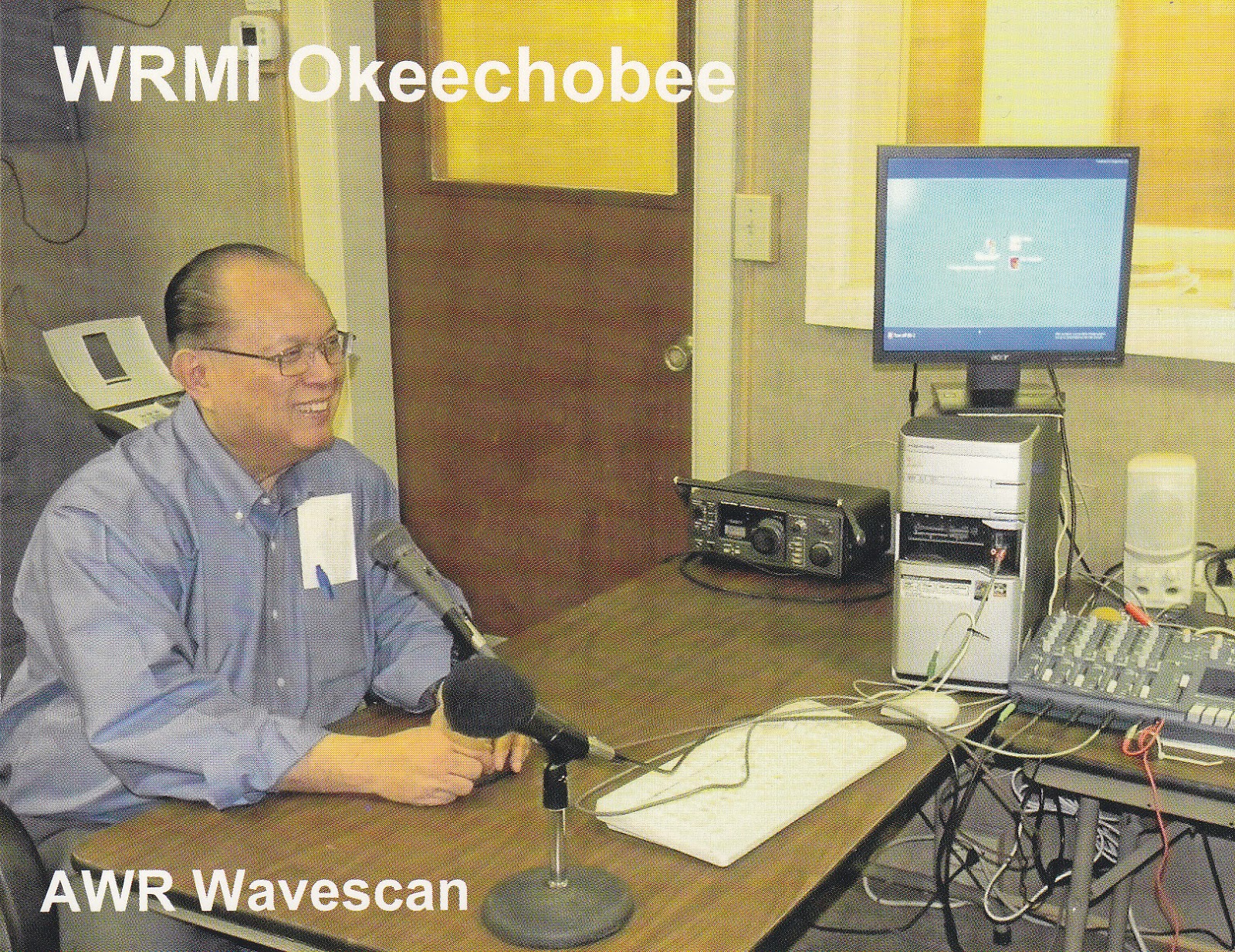 Reception on 9.395 kHz at 22.15 UTC (SINPO) was 25321 -- poor and weak signal with dominant carrier and peaks of faint audio, otherwise signal was present but with indecipherable speech. By 22.25 UTC audio began to drop off and mostly carrier was present...still with very poor reception. At around 23.00 UTC carrier disappeared as sunrise began to appear in Malaysia. 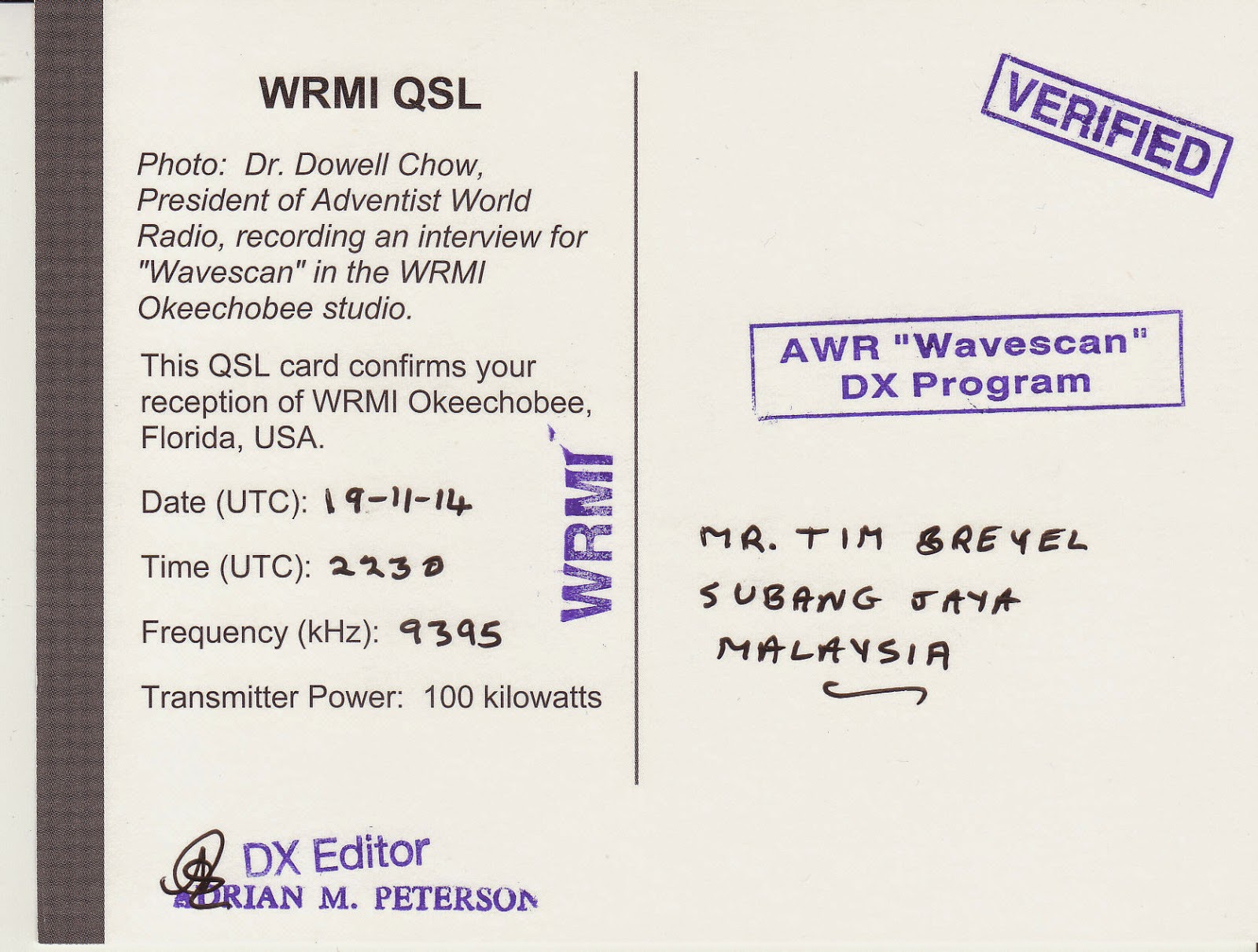 Global 24 continues to be received in Southeast Asia best after 22.00 UTC, under grey line. Although reception remains poor, this transmission marked the first time audio from Global 24 broke through a normally prominent carrier.

Signal was detected first using a Tecsun S-2000 at 22.15 UTC. As signal waned I switched to a Sangean ATS-909W. With its lower noise level I continued to listen up until just before 22.45 UTC. An elevated 13-meter  1/4 wave aerial linked to 15 meters of shielded 50 ohm coaxial cable, which is fed through an MFJ-956 antenna tuner, was coupled to both receivers. 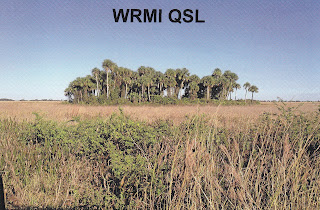 Reception report was emailed and submitted on-line to Global 24 on 19 November 2014. QSL was promised by Tina at Global 24 Radio shortly after submitting report. QSL from WRMI/WaveScan, signed by AWR DX Editor Dr. Adrian M. Peterson, arrived in the mail on 16 April 2015. To date, Global 24 Radio has failed to post promised QSLs of their broadcasts. Jeff White verified with another QSL on 7 October 2014. 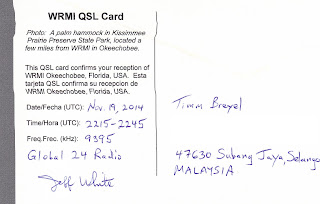