Wherefore Art Thou, Voice of Mongolia?

Near the end of March 2014, Mail Editor, Odenchimeg Idersaikhan for the Voice of Mongolia, posted a letter to me. I was invited to tune into their English language broadcasts on 12.015 and 12.085 kHz, and to participate in their contest "Who knows Mongolia best?". I did tune in, but I heard absolutely nothing!!!

So, what has happened to the Voice of Mongolia? Good question. Since 31 March 2014 I have been unable to hear their English language broadcast from 09.00 to 09.30 UTC on 12.085 kHz. Later broadcasts in other languages are also impossible to receive due to interference from Radio Australia. Only on 12.015 kHz did I briefly catch their interval tune at 15.30 UTC, but then Voice of Korea in Pyongyang overpowered their signal.

As a result I found it necessary to listen to their podcast via the VoM website. While it was obviously much clearer to hear, the challenge of tuning the radio dial to find the station was not as much fun. Nevertheless I submitted a "reception report" of their 2 April 2014 broadcast. QSL for Internet broadcast received on 22 May 2014. 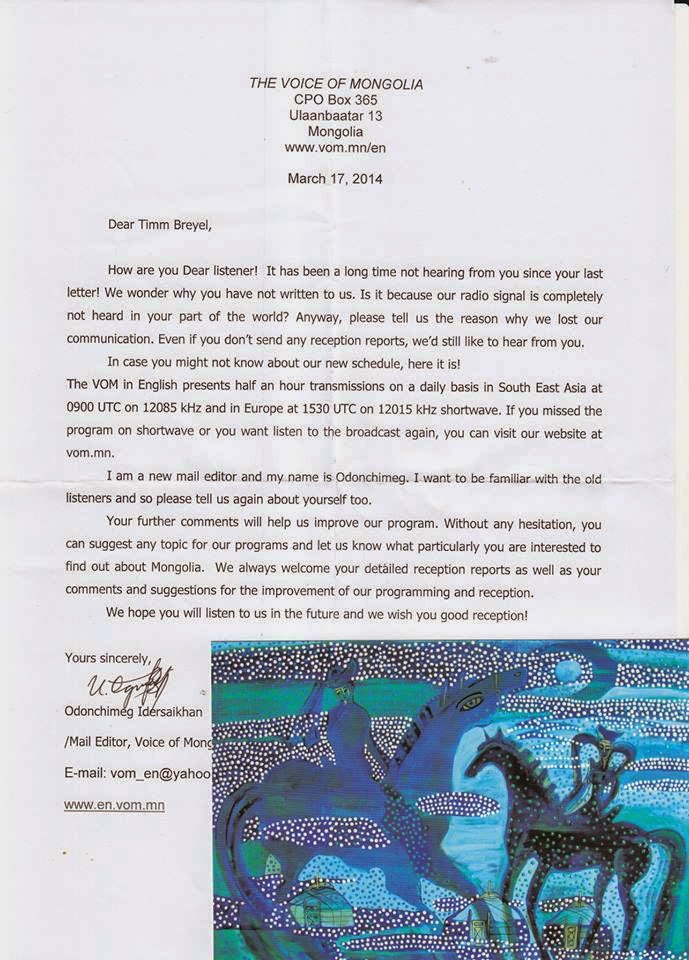