Voice of Turkey in Emirler radiated a strong and clear signal, with a SINPO of 55555, into South East Asia on 5 April 2014. And why not? With a reported 500 kW transmitter set at 15.520 kHz, their English language broadcast was easily received from 16.30 to 17.23 UTC. In this time a review of Turkish news, a DX Report featuring amateur radio reports, the Question of the Month and Turkish pop music was heard.

As before a reception report was emailed to Voice of Turkey a few days later. QSL Card arrived in the mail on 5 May 2014, along with another TRT QSL and miscellaneous items. 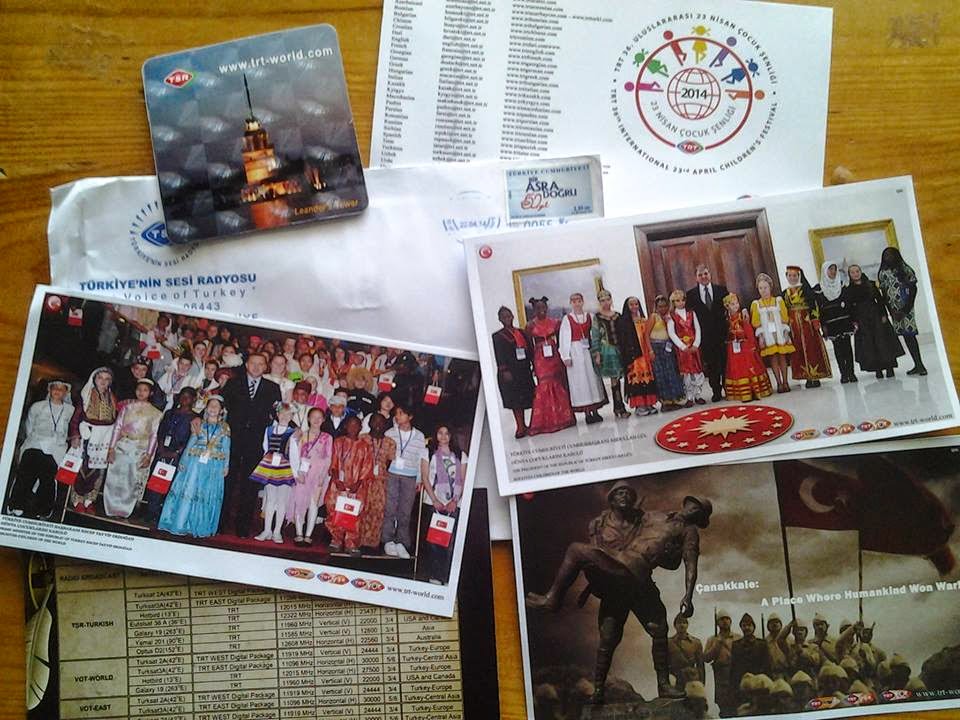