According to the website of Radio Impala, this clandestine station is the voice of freedom for the East African Community. They provide live and recorded programmes from a studio based in London, UK, seven days a week, two hours a day. Programming includes talk show debates, opinions from listeners and music. Radio Impala is funded entirely by donations and sponsorship and is staffed entirely by professional journalists. 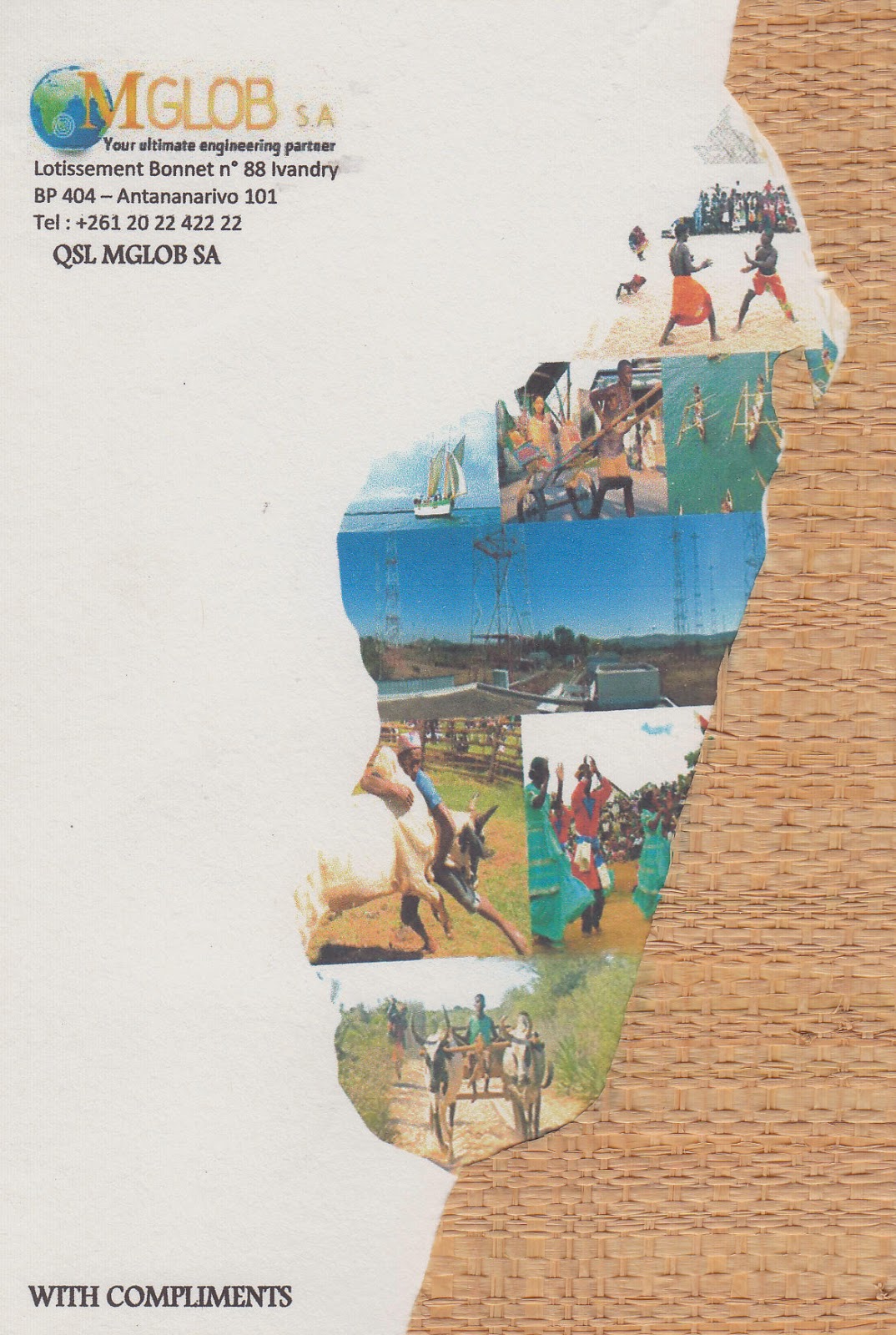 Radio Impala via MGLOB in Talata-Volondry, Madagascar was logged on 19 April 2014. A broadcast in the East African dialect of Kinyarwanda was heard briefly from 17.50 to 17.55 UTC (broadcast time 17.00 to 17.55 UTC). A male singer with guitar was observed singing just before sign-off, without announcement of closure. Radio Impala was logged again on 20 April 2014 from 17.00 to 17.57 UTC. Station ID with commentary/interview, along with a lovely choral song which  ran for over 10 minutes was heard until sign-off.

Reception on 17.540 kHz for both days was (SINPO): 35343 - poor to fair signal strength with atmospheric noise, yet audible and discernible speech. 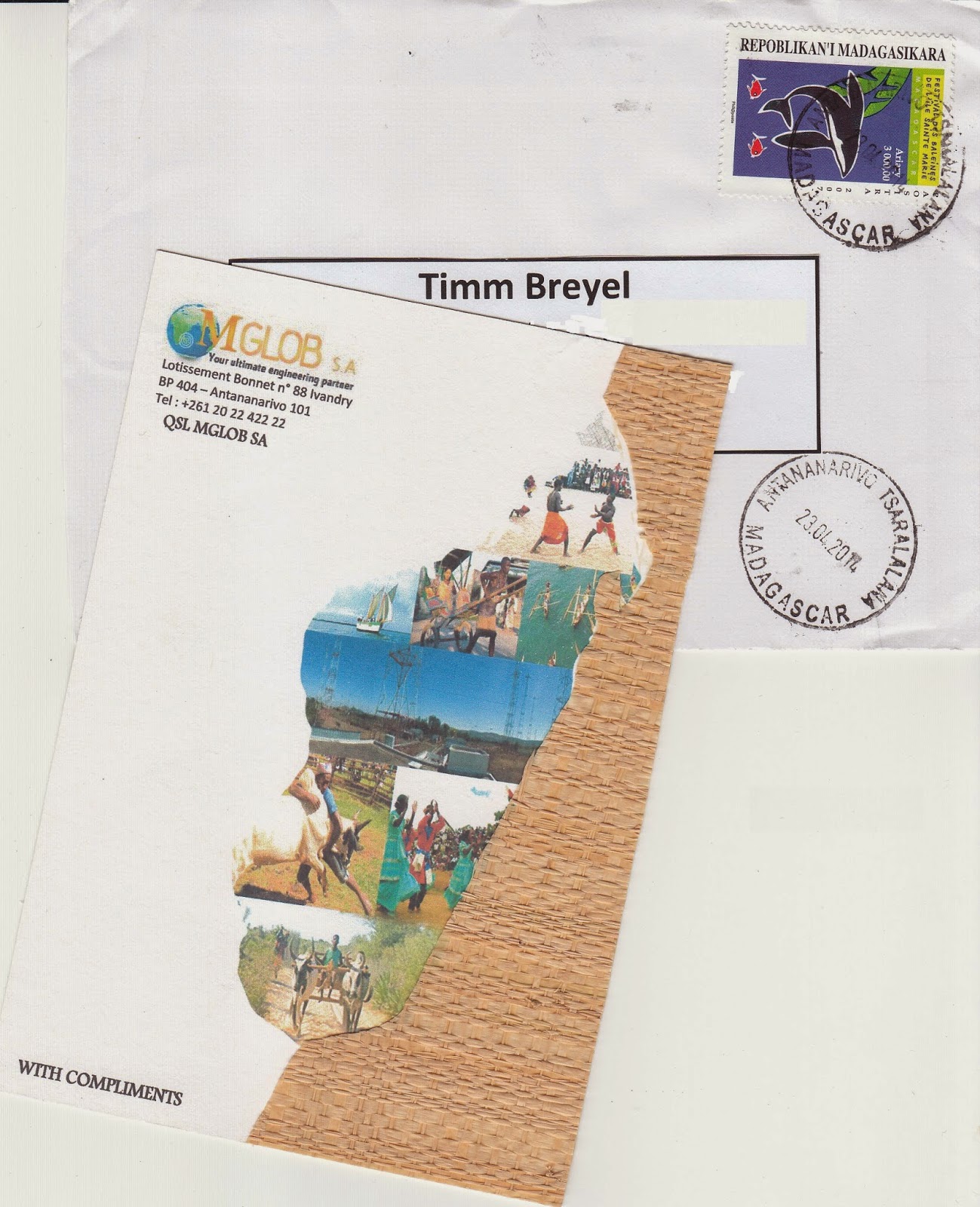 The following clips were recorded on 20 April 2014, first a station ID and commentary, then choral song. CLIP NO. 1 HERE. CLIP NO. 2 HERE. 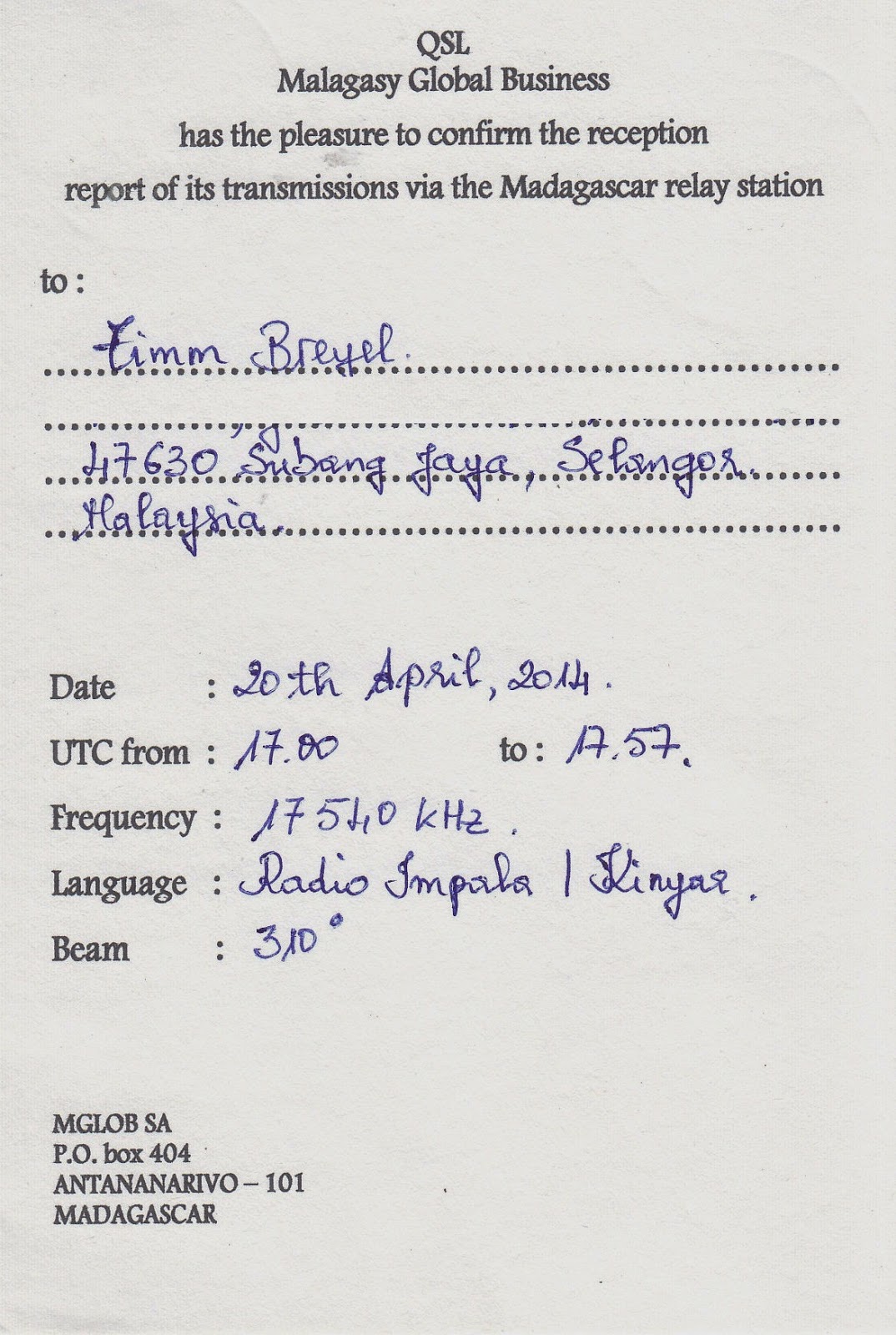 Reception report was emailed and submitted on-line to Radio Impala and MGLOB. This QSL card from MGLOB for Radio Impala features a textured effect (matte weaving) laminated to the card. It arrived in the mail on 6 May 2014.