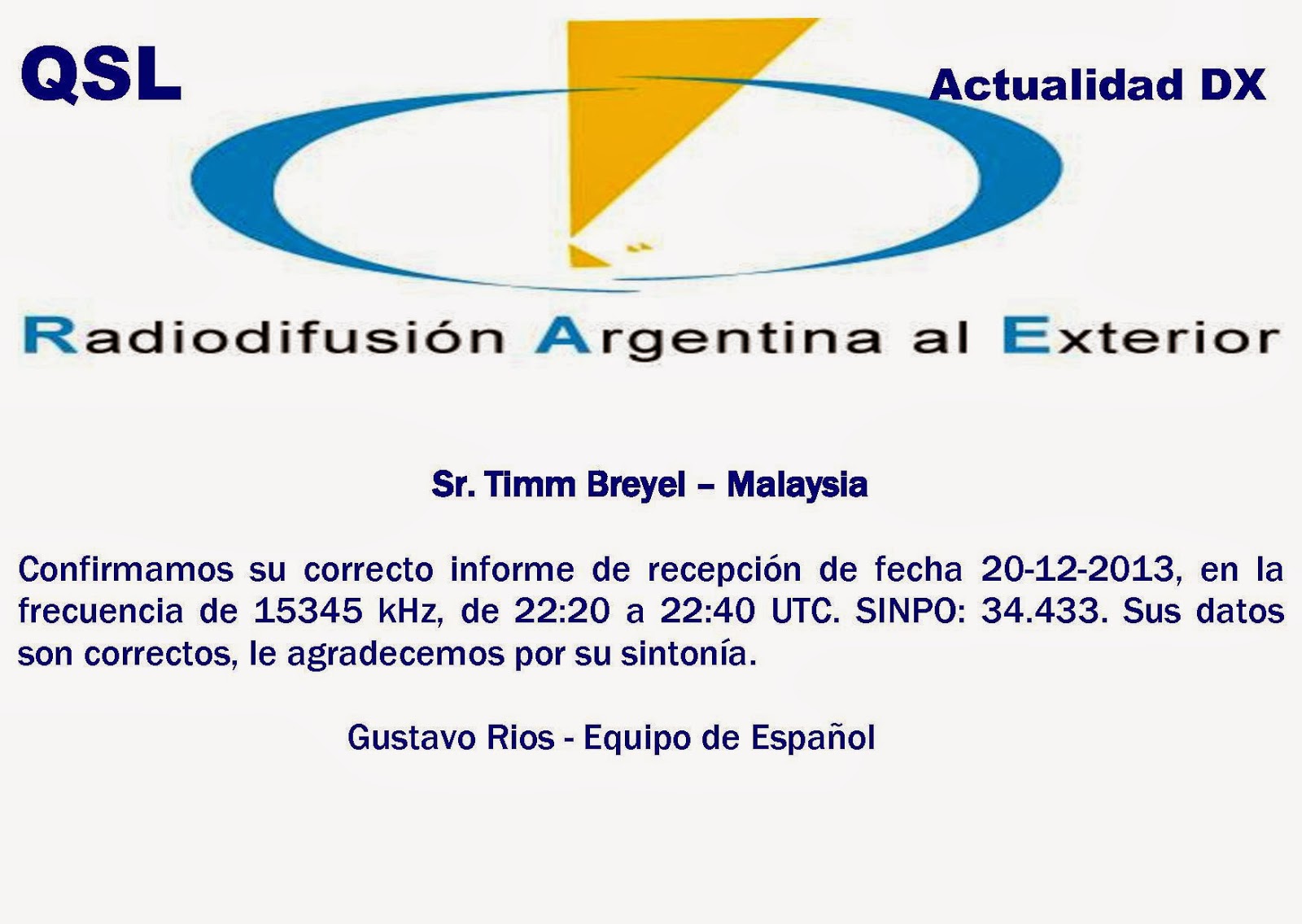 RAE Radiodifusion Argentina al Exterior, transmitting from General Pacheco, Argentina, was received on 20 December 2013. A Spanish language broadcast with Latin American music, news brief and commentary was monitored from 22.20 to 22.40 UTC. Reception on 15.345 kHz at 22.20 UTC was (SINPO) 34433 -- fair signal strength, clear and discernible speech. This was by far the best I've heard, in fact. By 22.30 UTC -- as daylight approached in Malaysia -- reception was significantly degraded to 23331 due to increased atmospheric noise, fading and weakened signal. A horrible transmitter hum was observed at 22.38 UTC, then transmission closed at 20.40 UTC.

Reception report was written in Spanish (courtesy of Google translator) and emailed to two different and publicised email portals on their websites. Each one bounced. It would appear RAE has problems other than their transmitter. Finally on 27 February I received a nice email in Spanish and eQSL from Gustavo Eduardo Rios. 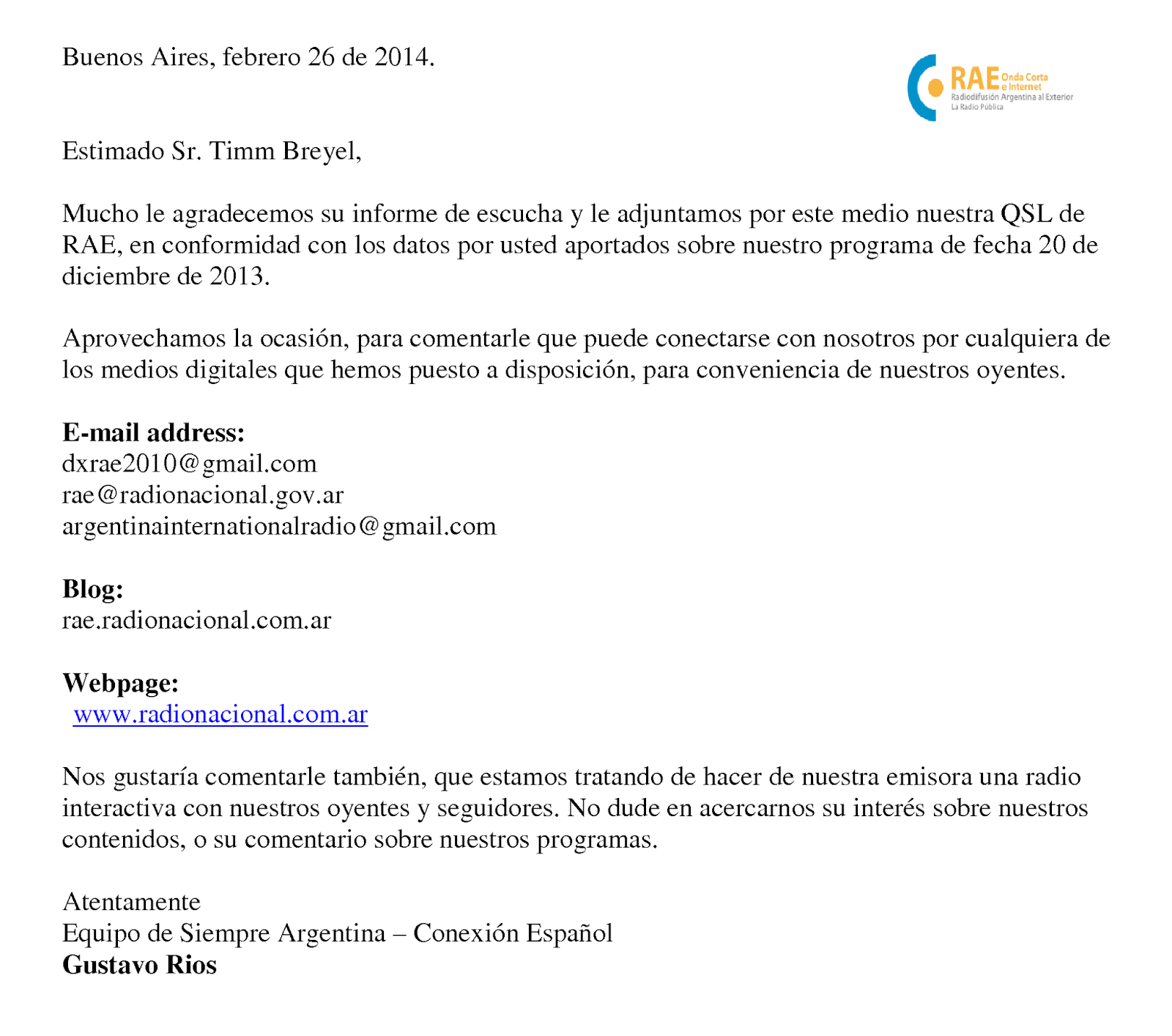