Radio Africa, transmitting from Bata, Equatorial Guinea, was logged on 18 December 2013. A selection of  Evangelical music and "Radio Africa Network" ID in American English, just before closure, was observed  between 22.40 to 23.00 UTC. Reception on 15.190 kHz was (SINPO) 25432 -- weak signal, but audible and clear speech

Reception report to Radio Africa was emailed the following day. On 16 January 2014 I received an email stating a QSL had been posted the previous week. QSL card and verification letter arrived in the mail on 21 January 2014. 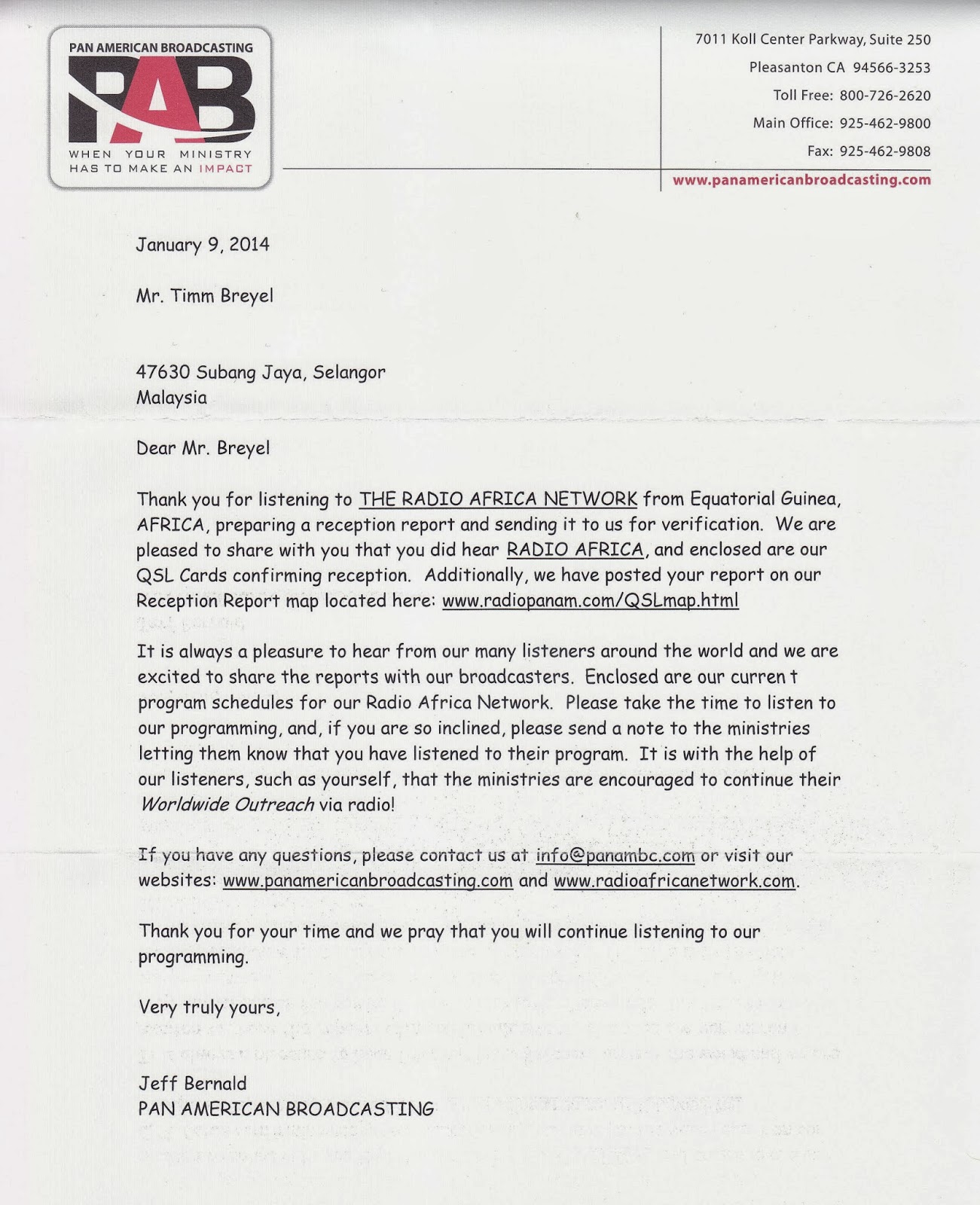