Reception reports were sent to Wavescan and Bob Padula on the following day. An eQSL from Bob Padula was received on 9 September 2013. QSL card from AWR arrived in the mail on 12 September 2013 and 4 June 2014. 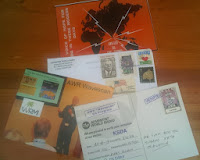 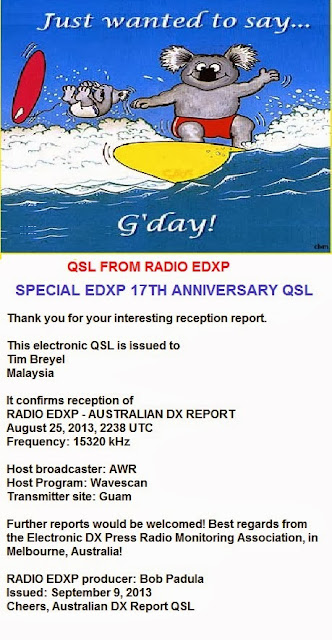