The Voice of the Martyrs (via Tashkent) 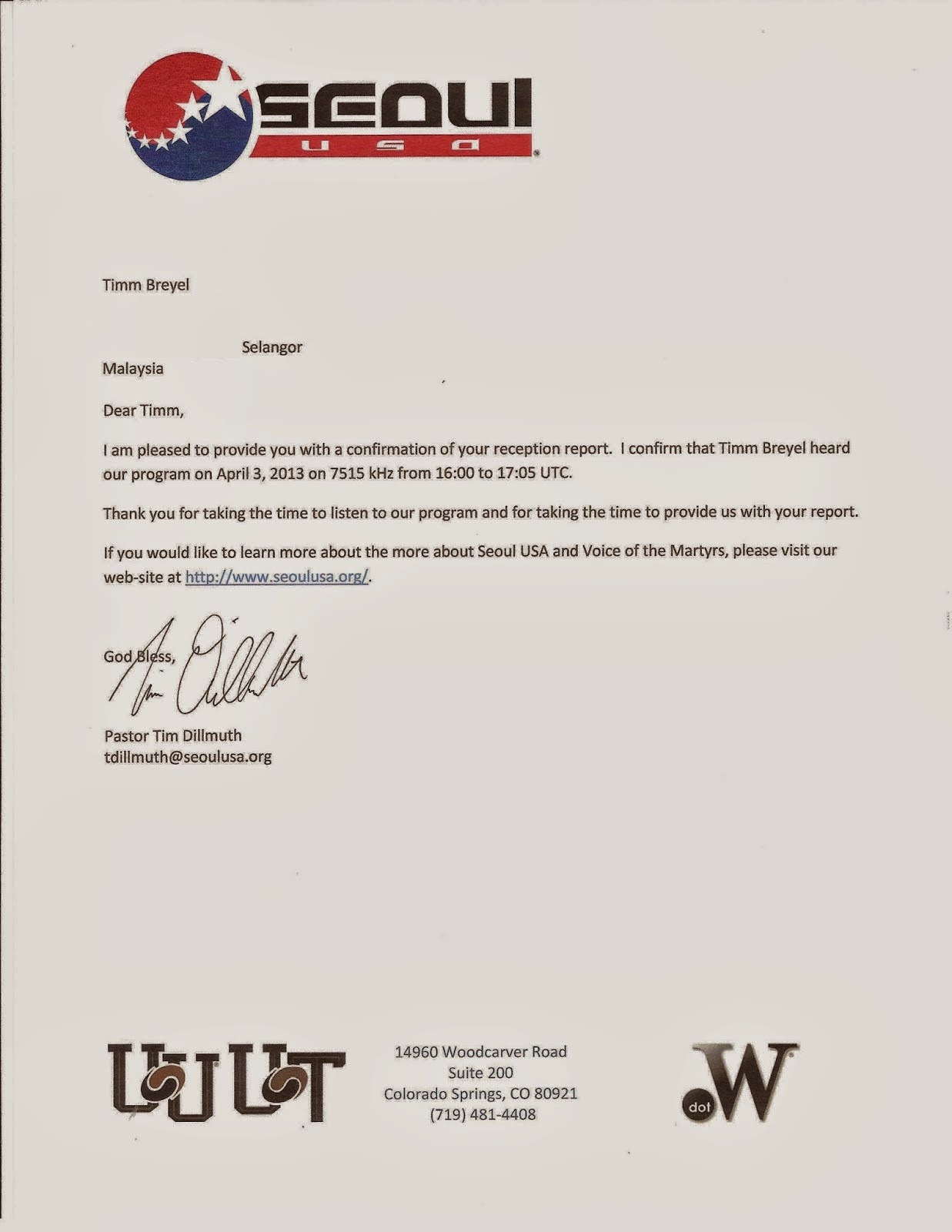 The Voice of the Martyrs, transmitting presumably from Tashkent, Uzbekistan, was logged on 3 April 2013. A Korean language broadcast of religious programmes and announcers talking over music was observed from 16:00 to 17:00 UTC (broadcast time 16.00 to 17.30 UTC). Reception at 16.00 UTC, on  7.515 kHz was (SINPO)  33443 -- fair signal strength with some transmitter hum and/or possible jamming. Despite the noise, speech was clear and intelligible. At 16.30 UTC, transmitter noise/jamming continued, yet speech and music was well received at 34443.

Reception report was emailed to The Voice of Martyrs on the same day. After several follow-up emails, I received this reply on 5 April 2013 promising a letter of verification. With September now approaching the promised QSL has not arrived in the mail, nor has a promised PDF file of the QSL been emailed. In all fairness to Pastor Tim Dillmuth, I am aware of two  who have received Letters of Verification. True to his word, Pastor Dillmuth emailed a QSL letter in PDF format on 13 September 2013.