Voice of Islamic Republic of Iran (via Ahwaz) 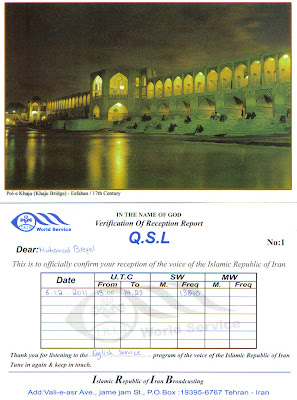 Voice of Islamic Republic of Iran transmitting from Ahwaz was logged on 6 December 2011.  An English language broadcast was heard from 13.00 to 14.29 UTC on 13.840 kHz.
Reception report was initially emailed shortly after being logged in December 2011. PR material, minus a promised QSL card, arrived in early 2012. A follow-up email garnered the QSL card and more promotional material, including a calendar, sticker, card. magazine and Islamic literature, all of which arrived on 30 April 2012. 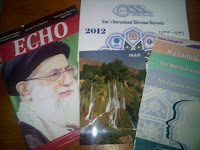