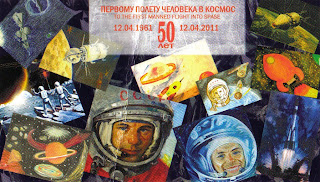 Voice of Russia in Vladivostok, eastern Russia was received on 20 July 2011 from 04.00 to 05.00 UTC This VOR transmission for Asia was heard on 15.585 kHz. Signal (SINPO) was 44434 -- fair signal strength with slight interference from an adjacent station and some fading. Despite this, speech was clear and discernible. Signal quality was slightly degraded around 04.50 UTC to 33433, but generally still audible and clear.
Programming in English featured "Travel in Russia", "In-Between", Russian cuisine as well as news.

While I have logged Voice of Russia many times, I am now monitoring their various transmitter sites -- like other international broadcasters -- located in different regions of their country or elsewhere in the world.
Reception report was sent by email. Again, within a matter of a few hours I received a prompt reply from VOR's Elena Osipova with regard to my reception report, stating: "We have checked it and have found it to be correct. A QSL card verifying it will be sent to you by the regular mail." True enough, I received a QSL card on 10 August 2011.