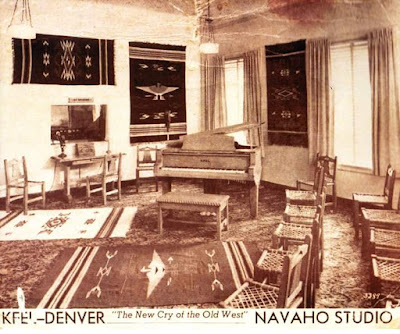 Historic QSL card from Radio Station KFEL (Denver, 1923-1954) -- "The New Cry of the Old West." I never knew this station existed, as it was not around when I lived in Colorado (1966 - 1985). KFEL was Denver's second-oldest radio station; the other station is KOA (850 kHz), which is still in operation. After several frequency moves, KFEL eventually settled on 950 kHz.