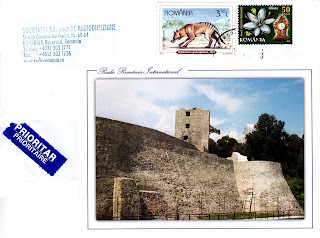 Radio Romania International via Safitca was heard on the short-wave frequency of 13.660 kHz on 2 May 2017, from 17.15 till 18.00 UTC. A report on Romanian wine production and blackberry wine, "Cultural Event" profiled a Romanian writer and literary critic, Sports Roundup" looked at boxing bouts of Romanian boxers and Romanian Football League, "Traditional Romanian Music", "DX Mailbag" with mention of listeners and their equipment and a report on Romanian story telling festival was observed during the 45 minutes of this broadcast. SINPO was initially 55444. By 17.40 UTC, reception worsened to 35343 and grew weaker as transmission near closure. 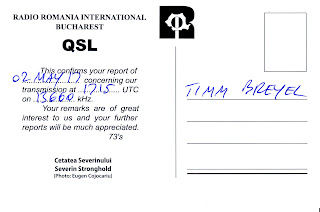