Radio Tirana (RTSH-Radio Televizioni Shqiptar) is slated to cease  medium-wave and short-wave transmissions from Albania at the end of March 2017. It joins Radio Australia as yet another long-standing and international broadcaster to leave the airwaves this year. 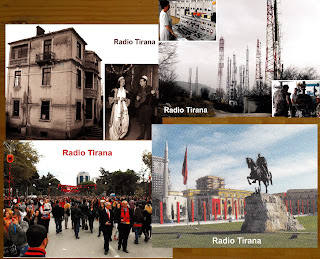 RTSH-Radio Televizioni Shqiptar has decided to end their MW and SW services in favour of FM, proxy short-wave providers (chiefly, Shortwave Service in Kall-Krekel) and the Internet.  Apparently, the transmitters at the Fllake (MW) and Shijak (SW) sites were old, uneconomical and unreliable to operate.

Like many short-wave listeners of my generation, this is disheartening news. Back in the 1960s and 1970s, Radio Tirana was one of those 'exotic' East European countries behind the iron curtain one had to catch...had to QSL! And I did, I'm proud to say. 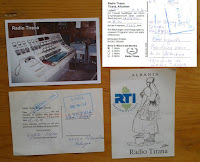 As I recall they used to broadcast on 7.300 kHz. Their signal was sufficiently strong to reach Denver, in the western United States, where I lived at the time. In recent years their signal was heard occasionally, albeit weakly, in South East Asia (Malaysia), despite their transmissions being targeted for Europe.

While I am saddened to see Radio Tirana disappear from the airwaves, I want to thank them for the years I did listen. It is only fitting I bid adieu  with their interval (as recorded in Malaysia a year ago). And while their programmes may be heard on the Internet, it's still not the same. There is something magical...a bit of a challenge to hear a distant radio station break through the static. Radio Tirana was one of those.