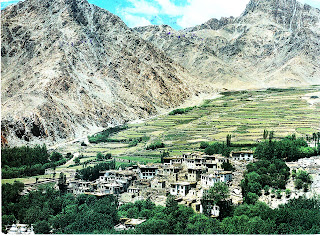 All India Radio Leh, transmitting from Ladakh, now the Leh district in the Indian state of Jammu & Kashmir (India), was logged on 18 October 2016. Normally impossible to receive due to strong interference from AIR Port Blair, the Leh station was observed from 13.30 till 16.30 UTC.

At 13.30 UTC, reception of AIR Leh on 4.760 kHz was initially marked by a dominant carrier, fading in every few seconds. By 14.00 UTC signal strengthened with occasional peaks of faint audio amidst a still dominant carrier, rating an SINPO of  25431. Audio improved slightly after 16.00 UTC with SINPO of 25432.  Reception was decent enough in the last half hour to record a bit traditional Ladakh music. 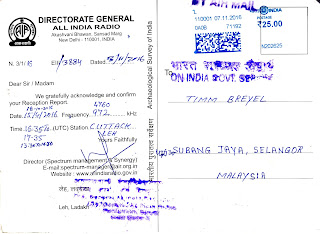 Reception report was emailed with audio file to AIR Leh and Spectrum Management & Spectrum, the following day. QSL arrived on 18 November 2016. Follow up QSL on 7 December 2016. 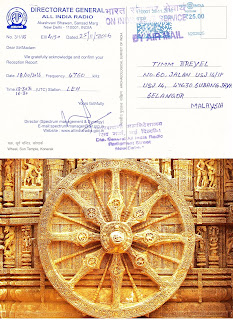