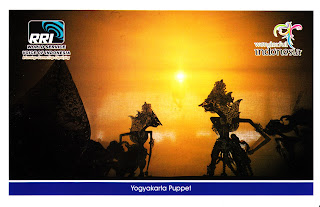 Voice of Indonesia (die Stimme Indonesiens) in Jakarta was logged on 2 June 2016. Their hour long German language service, from 18.00 till 19.00 UTC, consisted of news, in-depth reports on trade/industry in Indonesia and cultural programes "Indonesische Wonder" and "Indonesische Musik". Reception on 9.525 kHz was (SINPO) 55444 -- strong and clear signal (given my close proximity - Malaysia), but terrible transmitter hum and slight fade. The transmitter noise seems to be an ongoing problem, so bad that audio is nearly at the same decibel level as the TXer on some days. 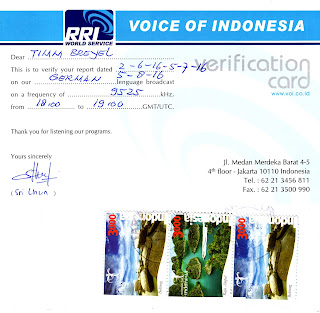