Voice of America (via Woofferton) 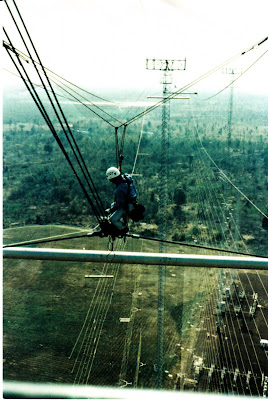 Voice of America, transmitting from presumably Woofferton (UK), was logged on 16 October 2015. An Amharic language broadcast featuring current events and commentary about African related issues was monitored from 18.20 till 19.00 UTC. Reception on 15.630 kHz was (SINPO) 35433 -- fair signal strength with occasional fading.

Incidentally VOA broadcasts originating from Pinheira (São Tomé e Príncipe) were logged on the 19 and 25 metre bands within the same time frame.

Reception report was emailed to VOA on 17 October 2015. VOA Public relations replied with this email on 19 October 2015: "Hello, Thank you for sharing this reception report with us. It has been sent to the appropriate department." QSL card was received on 7 January 2016. 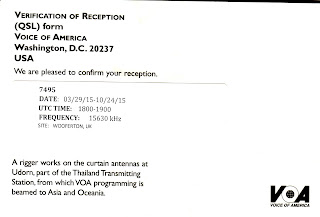