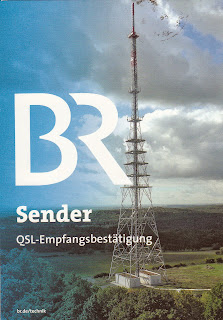 Bayerischer Rundfunk*, transmitting at 100 kW from München-Ismaning, Germany, was logged on the medium-wave frequency of 801 kHz, here in the Kuala Lumpur area while using an SDR receiver based in the Netherlands. On 6 May 2015, a selection of mostly German schlager/pop songs with occasional station IDs in German and news at the top of the hour was observed from 23.08 to 00.00 UTC. Reception was (SINPO) 55545 -- super audio and signal strength, with only occasional and moderate fading. 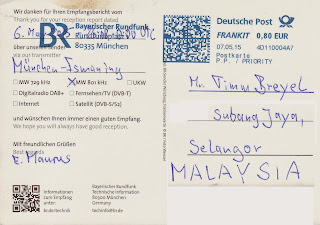 *Logged using remote SDR receiver at the University of Twente (The Netherlands)
Posted by T.L. Breyel at 5:00 PM