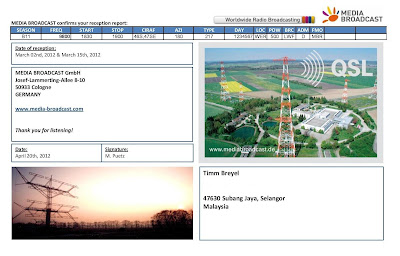 Reception report was submitted to Radio Sawtu Linjiila and a month later to Media Broadcast. An eQSL from Media Broadcast arrived on 20 April 2012, a few days after emailing the report.