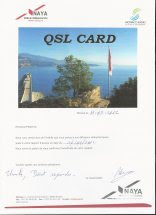 3AC Monaco Radio in  Fontbonne, Monaco was heard on 29 and 31 March 2012. The station was first heard from 17.28 to 17.35 UTC on 29 March. A female announcer speaking in English reported meteorological data,which was followed by music (anthem), then a male voice speaking in French. Transmission was monitored on  8.728 kHz in USB/SSB. Reception (SINPO) on 29 March was 25242 -- weak signal strength marred only by severe atmospheric noise. When noise ended briefly, signal was audible and clearly understood. On 31 March, signal was again heard, but from sign-on at 17.25 until sign off at 17.42 UTC. Reception was much improved at 25442, despite slight QRN and continued weak signal strength.

3AC Monaco Radio operates only for a few minutes. They have six scheduled times from Monday till Saturday, on 4.363, 8.728, 13.146 and 17.260  kHz.  This 10 kW station is very difficult to catch in this region of the world, given the briefness and times of transmission. Only under the path of night was I successful in receiving 3AC Monaco Radio, and only under favorable propagation.  It was like threading the eyelet of a small needle!

Reception report was emailed, sent on-line and posted. Several follow-up emails were sent. When I finally received the above eQSL on 21 May 2012, it was a low-resolution image (8K). The accompanying email confirms, albeit indirectly, that I indeed received their station, stating: "Hello Mr Breyel, I send you a QSL Card. Thanks a lot. Best regards, Naya." 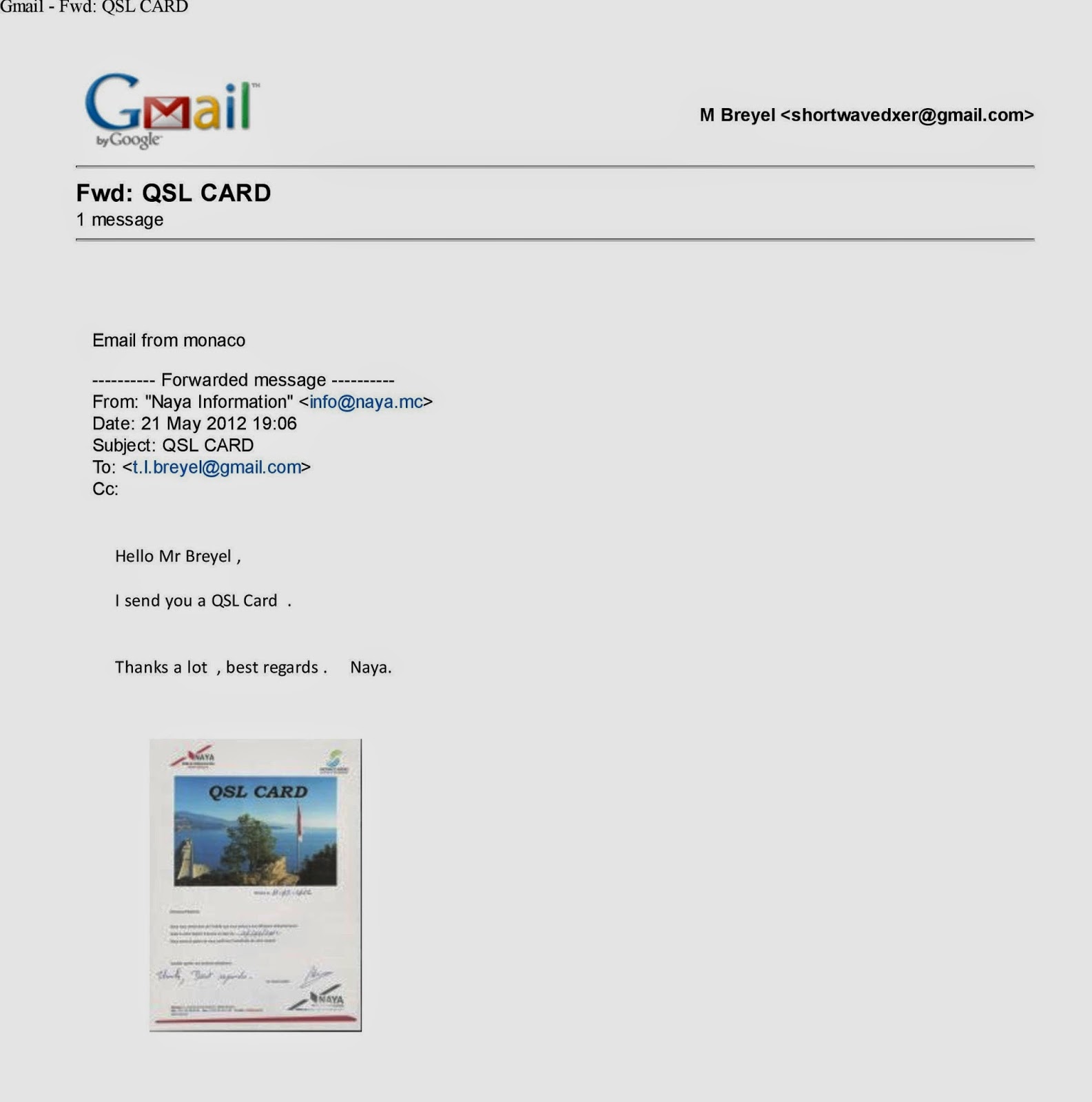