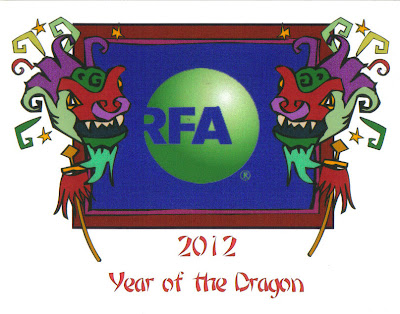 Radio Free Asia, transmitting via Dushanbe-Yangiyul, Tajikistan, was logged on 3 January 2012. A Tibetan (Khams dialect) broadcast was aired from 12.30 to 13.00 UTC on 15.375 kHz. Reception (SINPO) was 23353 -- fair signal strength, prominent transmitter hum and slight fading. Despite these conditions, speech was audible and clear.
It should be noted China National Radio or China Radio International deliberately blankets Tibetan language broadcasts on most frequencies with Chinese programming.
Reception report was emailed to RFA. Hopefully this will suffice for their Year of the Dragon QSL. Bingo, it did! QSL card arrived in the mail on 17 January 2012. 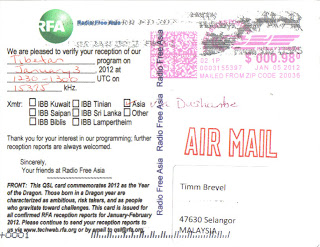