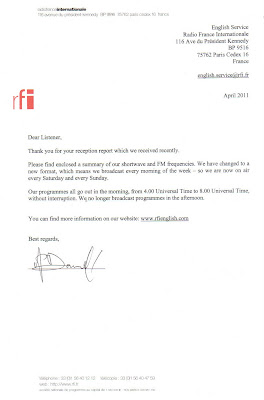 Radio France Internationale sent a letter acknowledging my reception report of 14 0ctober 2010 had been received, but no indication whether the report had been "confirmed". The letter also mentioned new English language broadcast times.  Along with the letter, I received a large Radio France Internationale sticker and English language times, frequencies and FM stations for Africa. 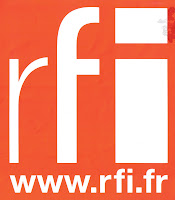