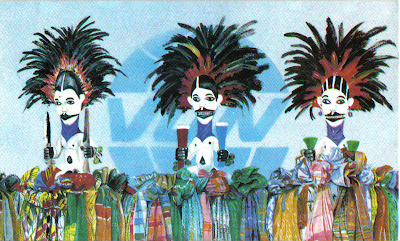 
QSL card from VON was received on 17 August 2011 after numerous attempts by mail and email. This particular QSL is for a reception report submitted in February 2011 for their Arabic language programme broadcast between 17.30-1800 UTC on 15.120 kHz.
POSTSCRIPT 5 JUNE 2011

I received the following email from VON after informing them I had emailed and posted several reception reports in the past year, yet had heard nothing from them.
DEAR MUHAMAD,
THANK YOU VERY MUCH FOR YOUR CONTINUED INTEREST IN VOICE OF NIGERIA. WE VERY MUCH APPRECIATE YOU AND VALUE YOUR RECEPTION REPORT. I ASSURE YOU THAT YOU WILL RECEIVE A QSL FROM US VERY SHORTLY. ONCE AGAIN, THANK YOU VERY MUCH.