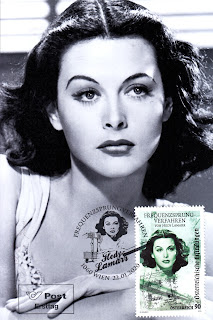 Most people know Hedy Lemarr as a screen goddess from the golden era of cinema, but she was also  a highly gifted inventor whose pioneering inventions are still being used. Together with the American composer George Antheil, in 1942, she devised the frequency hopping technique for the Allies that could be used to steer torpedoes. Switching between frequencies made radio signals difficult to locate and secure against interference. Whilst the complex process was not used by the U.S. during World War II, it became the basis for modern communications technologies like Bluetooth, WLAN and GSM.

In 1997, Lamarr and Antheil were awarded an Electronic Frontier Pioneer Award for their invention. In 2014, Hedy Lamarr was posthumously given a place in the National Inventors Hall of Fame in the U.S.