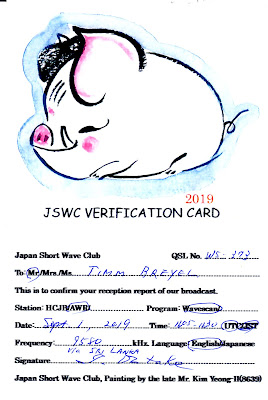 Reception report, along with USD2.00, was posted to  Japan Short Wave Club on 3rd of September 2019. QSL card of the Year of the Pig, along with two NHK postcards featuring landmarks of Japan, arrived in the letterbox on 4 September 2019.