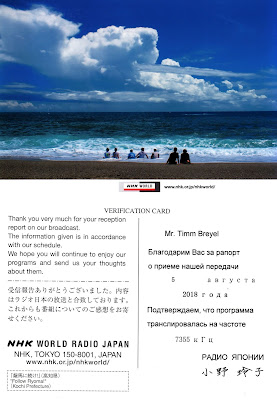 NHK World Radio Japan, transmitting from Ibaragi-Koga-Yamata (Japan), was logged on 5 August 2018. A Russian language broadcast of mostly talk and occasional Japanese pop music was heard from 11.00 till 11.30 UTC. Reception on 7.355 kHz  rated a SINPO of: 45444. HERE's Radio Japan.

Reception report was emailed and submitted online to Radio Japan on the same day. QSL card arrived in the mail on 24 September 2018, owing to the many holidays in Malaysia since August. A programme schedule and follow-up QSL arrived on 5 December 2018. 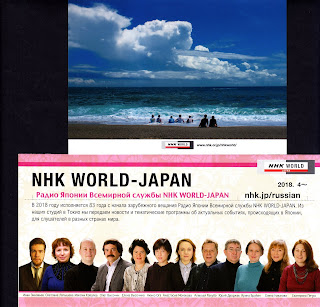