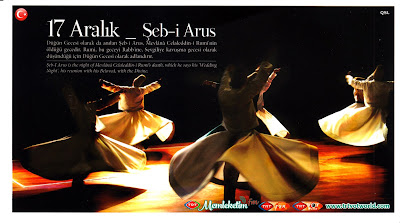 Voice of Turkey, transmitting from Emirler (Turkey) to Europe, was logged on 7 December 2016, under poor to fair conditions. Reception on the short-wave frequency of 6.050 kHz rated a (SINPO) of 24432 -- weak and fading signal, but with audible and discernible speech noted.

This English language programme, from 19.30 till 20.22 UTC, included Turkish and regional news, review of Turkish press and foreign media reports about Turkey, followed by feature programmes "Turkey in a Nutshell", "Turkish Fairy Tales" and "Question of Month", and concluded with a selection of Turkish pop songs before transmission closed.

Reception report was emailed the following day to Voice of Turkey. QSL card and souvenir items arrived on 28 February 2017. 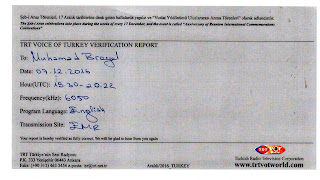