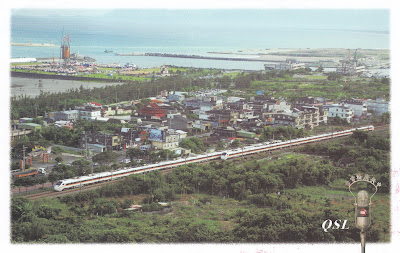 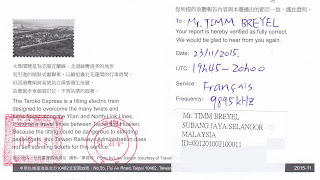 Reception report was submitted on-line and emailed to RTI on 24 November 2015. QSL crad arrived in the mail on 10 December 2015.