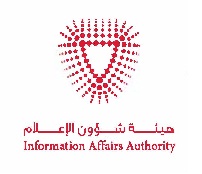 Surprise! Surprise! After nearly four years of trying to obtain a confirmation from Radio Bahrain, today I received an eQSL from the General Directorate of Technical and Technology Affairs, Fatima Amin. Needless to say, I am head-over-heels, on-the-moon elated to finally secure this QSL.

Over the past four years, Radio Bahrain has generally been a difficult station to hear in South East Asia due to propagation, poor reception and QRM from a broadcaster in China. And, when it has been received, it has been logged only on 9.745 kHz. So, on 11 April 2015 when I managed to catch the station I  was also able to record a few decent audio clips of their transmission. I am almost certain these files helped secure their verification, and it was the reception report submitted by snail-mail, not email, that did the trick.

In any event, this makes not only a new QSL, but a new country confirmed from the Middle East. Shukran, Radio Bahrain!