Voice of Vietnam (via Moosbrunn) 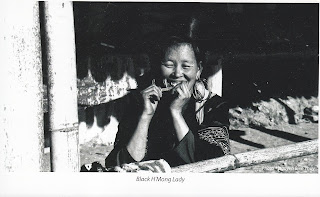 Reception at 17.25 UTC was (SINPO) 23432 -- poor to weak signal, occasionally clear and audible speech when not fading under QRM splatter from All India Radio on 9.620 kHz. By 18.00 UTC, QRM splatter was less noticeable as signal strength improved slightly to 24442. By 18.30 UTC, signal was better, clearly audible and stable, but remained relatively weak. This is not surprising owing that the Moosbrunn transmissions were inteneded for Western Europe. 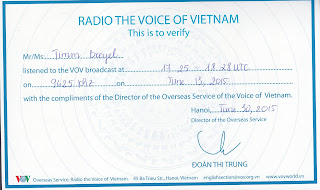 Reception reports were submitted to the English, Vietnamese and French sections at VoV on 14 June 2015. QSL card arrived in the mail on 7 July 2015.