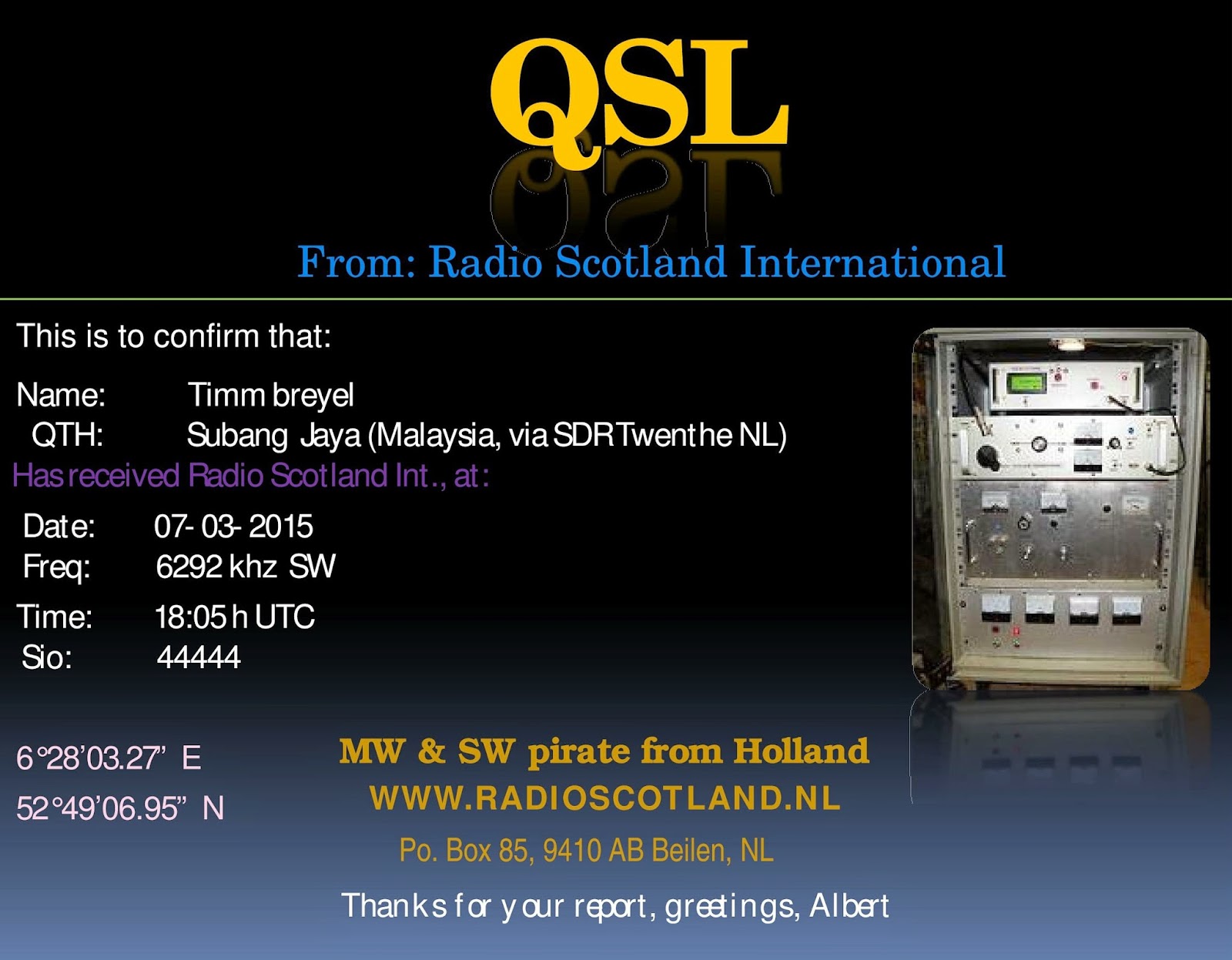 Radio Scotland International*, transmitting from the Netherlands, was logged on 7 March 2015. A mostly Dutch language and Dutch music selection was noted in a short test transmission from 18.05 till 18.15 UTC. Reception on 6.292 kHz was (SINPO) 44444 -- good signal strength and clear audio, despite slightly over-modulated audio on voice transmission.

The owner/operator of Radio Scotland International in verifying this transmission emailed that it "was a short test, after solving a problem with one of the transformers." He went on to say his transmitter was "home brew with a ceramic tube in the end stage, type 4CX150. Output: 1 KW (carrier). Antenna: 1/4 wave dipole, at a height of only 10 meters."

Reception report was emailed on 7 March 2015. An eQSL was received on 8 March 2015. Thanks for the confirmation, Albert!