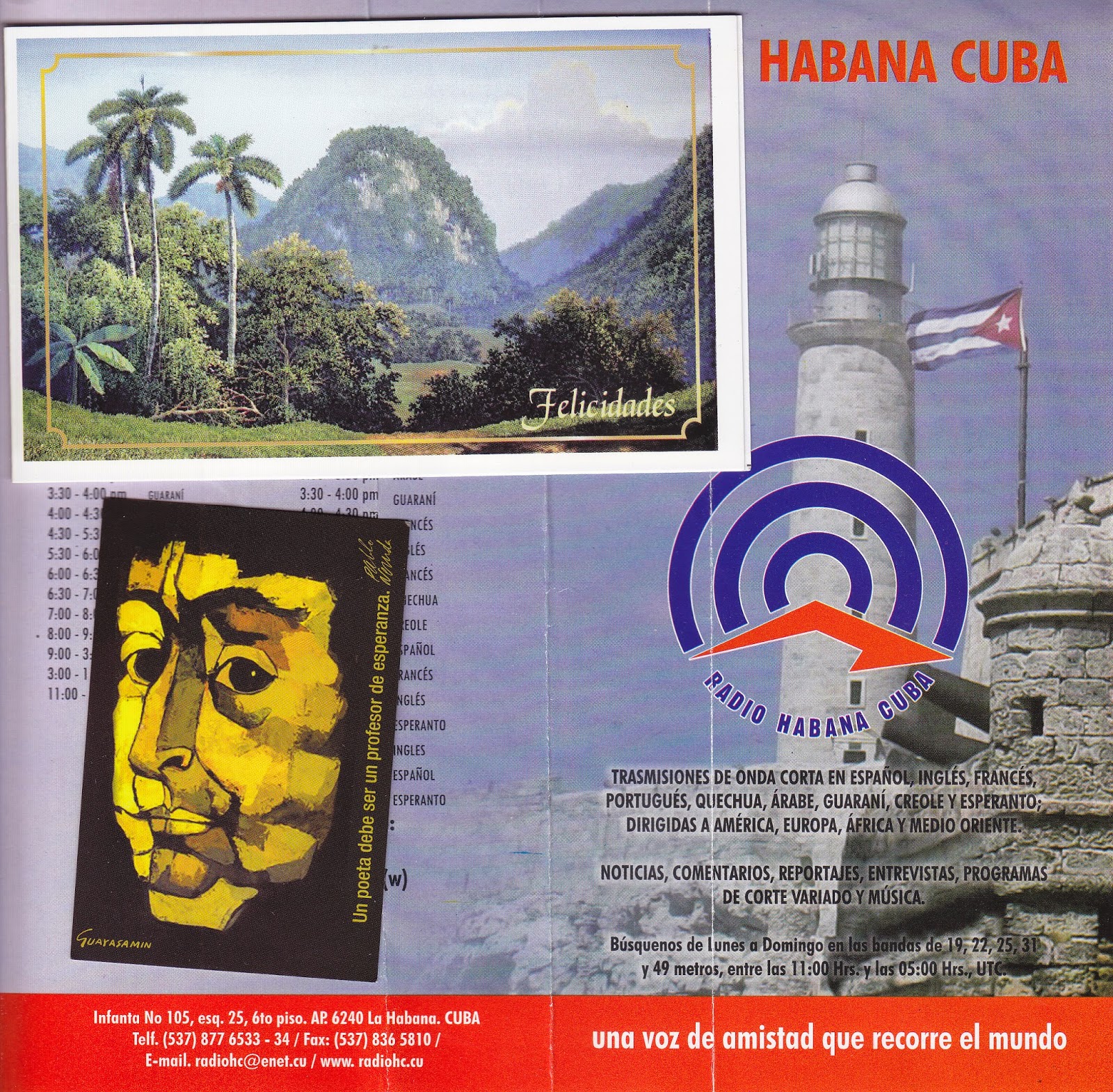 Today, the postman delivered a letter from Radio Habana Cuba to my home. Curious, I inspected the envelope, which interestingly was addressed using an old-fashioned typewriter. As I fingered the paper I suspected it was possibly another QSL card from this Caribbean island nation. I carefully snipped open the envelope and discovered a  few souvenirs tucked inside. Was there  an autographed photo of Fidel? Nah, although that would  have been a great keepsake for posterity. Nor was there  a single Cuban stogie.  So, what was stuffed inside?  Nothing grand actually, just artwork. More to the point, it contained a 2015 pocket calendar depicting poet and professor Pablo Neruda, a New Year's greeting card of a Cuban landscape entitled "Amanecer en el Valle" by Hanoi Martinez  and an RHC programme schedule listing their current broadcast frequencies, times and target areas. Why should anyone care  to listen to Radio Habana Cuba? Well, politics aside, I love listening to Latin and Cuban music...and RHC does play fabulous songs!!!