People collect just about anything in this world. Antique collectors search for any and all things old. Football fans pick up memorabilia of their favorite teams.  Philatelists acquire stamps. There is even a group of radio hobbyists who collect QSL cards.

A QSL card? This is a colourful card, usually the size of a postcard, confirming a radio listener's reception of a broadcast station. Each card may depict a national landmark, cultural aspect or natural wonder of a country. In some cases a station's studio, antenna array or name is represented. Sometimes postage stamps will be duly placed on a card.

For many international broadcasters, a QSL card serves as a marketing tool to promote their station or country rather than a means of gathering data on reception.  Other commercial and government television and radio stations occasionally use a QSL card to measure the size of their audience and distance.

To obtain a QSL card, the listener must provide specific details about the station. Usually this entails the call sign of the station, time and date of transmission (designated in Coordinated Universal Time - UTC),  radio frequency,  mode of transmission,  reception quality and programme content. This is known as a reception report.

Almost any station  will issue a QSL card, simply by mailing or emailing the reception report directly to the station.. Upon verification most medium-wave, short-wave and FM broadcasters will issue a card. Time and frequency stations, such as WWVH in Hawaii,   will as well.  Short-wave marine and aircraft weather (VOLMET)  broadcasters will occasionally confirm, even some Internet, clandestine and pirate (Free Radio) stations. Amateur radio operators will too.

All one needs  is a good multiband radio, the patience to listen and -- as with most hobbies -- the enthusiasm to collect the QSL card, which incidentally derives its name from the original Q codes used in radio communication and radio broadcasting.

PERSONAL QSL COLLECTIONS
Since 2010, when I resumed the hobby of DXing and QSLing full time, I have amassed hundreds of verifications. Many duplicate QSL cards in my collection are in fact more often  from the same broadcaster, but for different transmitter sites. In light of so many national broadcasters either no longer QSLing or their radio services discontinued, relay sites are the best way to acquire verifiable countries. Here's a look at how some of these broadcasters brand their station and country. 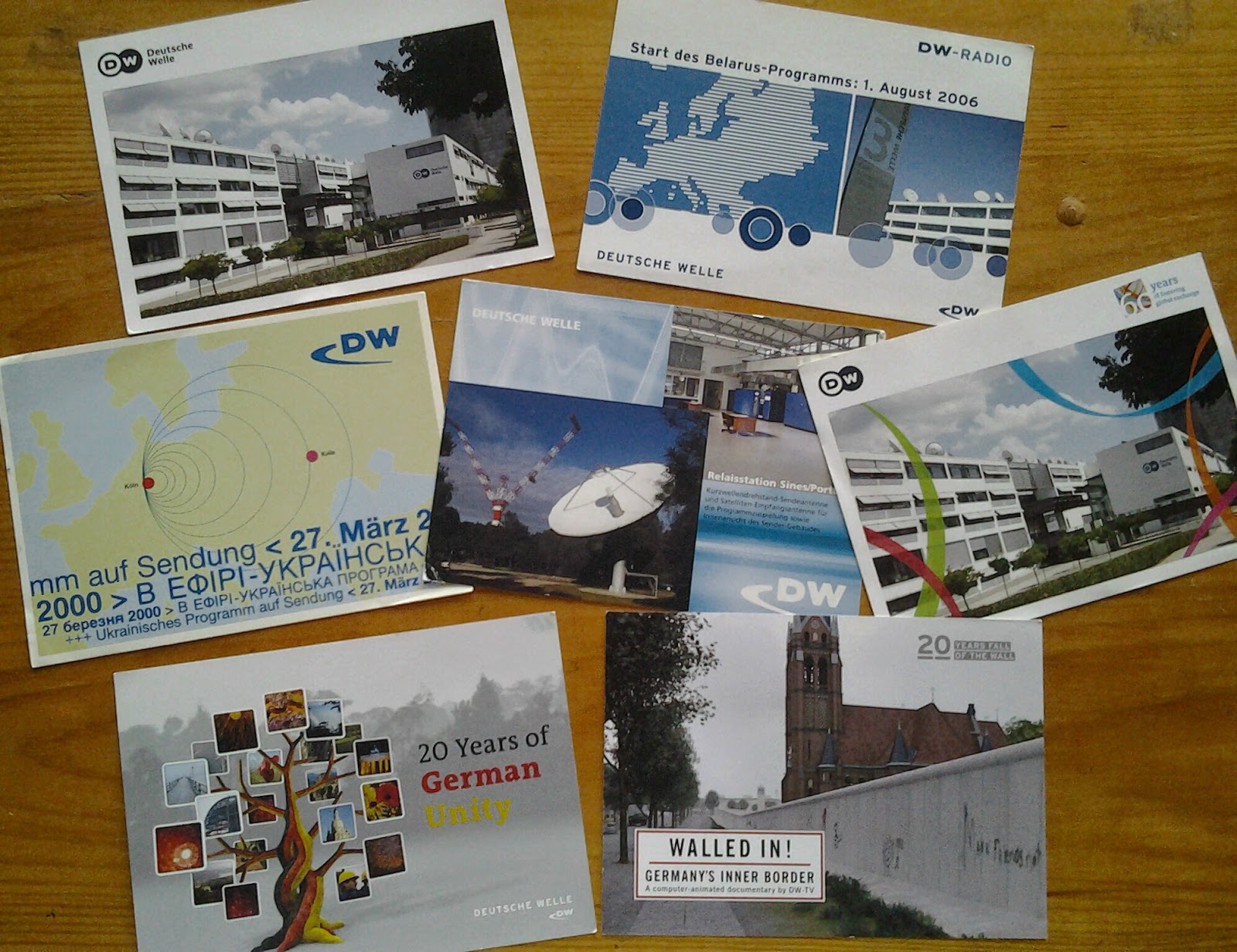 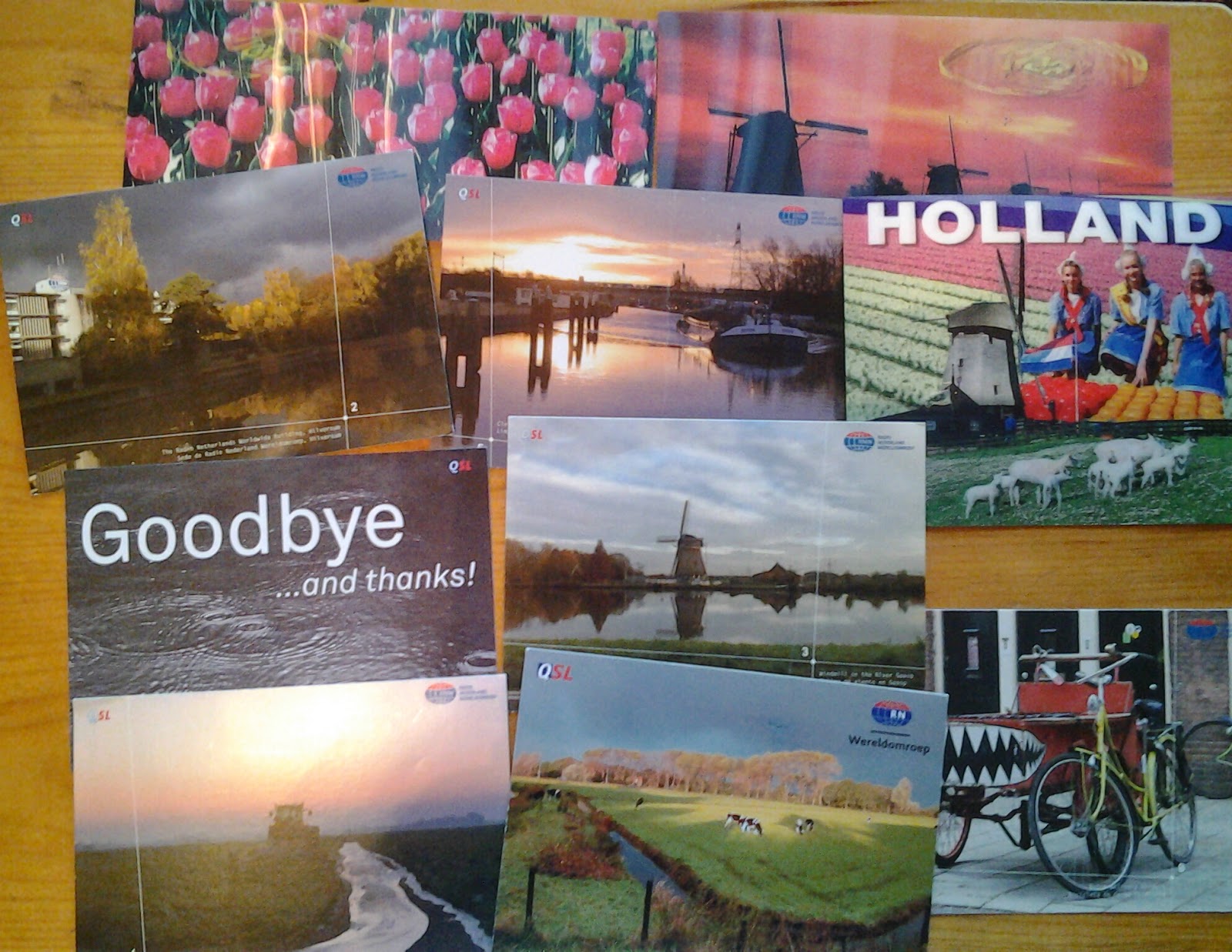 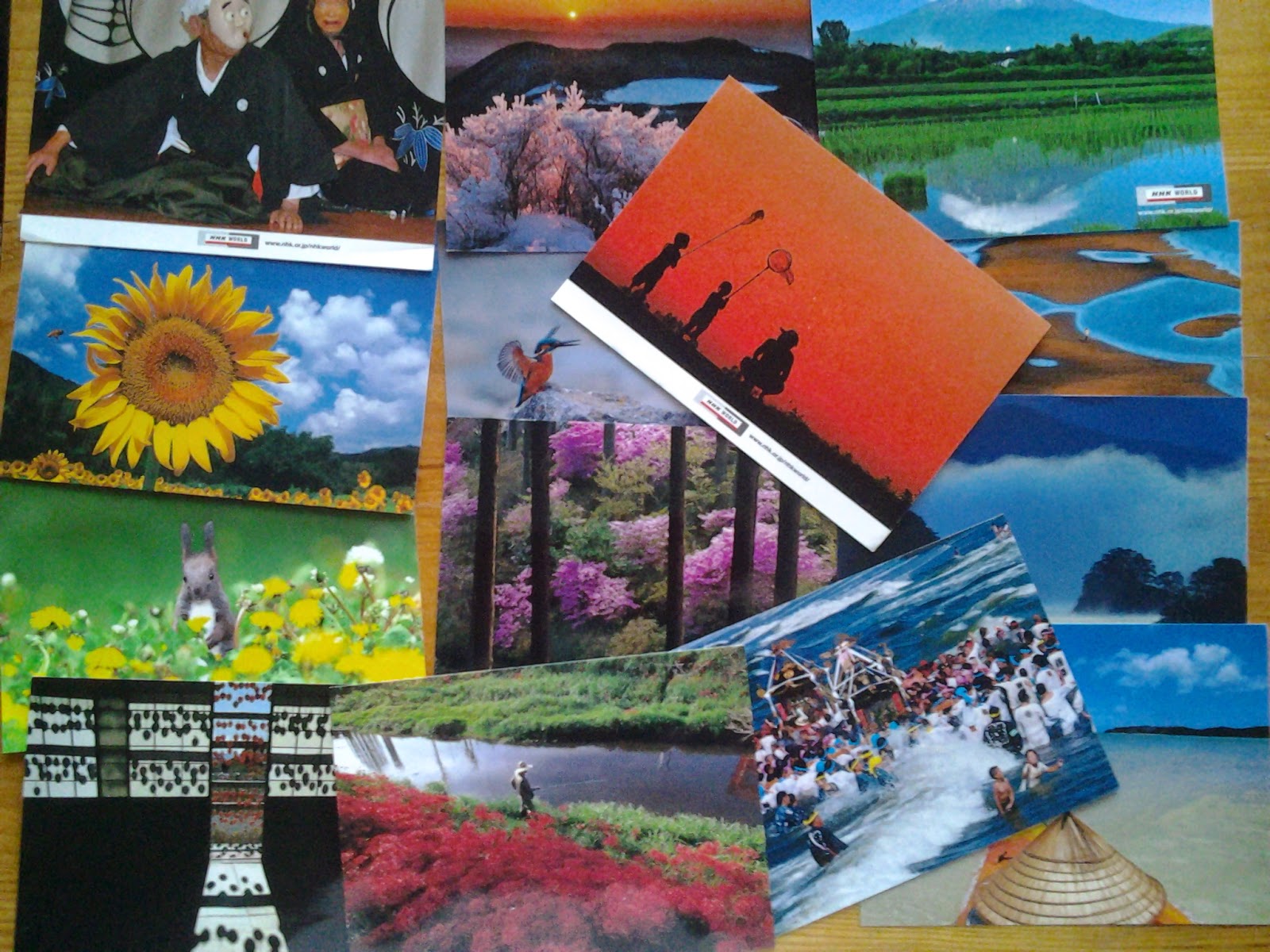 NHK World - Radio Japan is another broadcaster that uses multiple relay sites to present their programmes. Among the sites QSLed are Santiago (Chile), Ascension Island, Issoudun (France), Wertachtal and Nauen (Germany), Talata Volondry (Madagascar), Dhabbaya (UAE),  Tashkent (Uzbekistan), Medorn (Palau), Kranji (Singapore) and Yamata (Japan). The the photography used in their QSLs can be rather artistic. 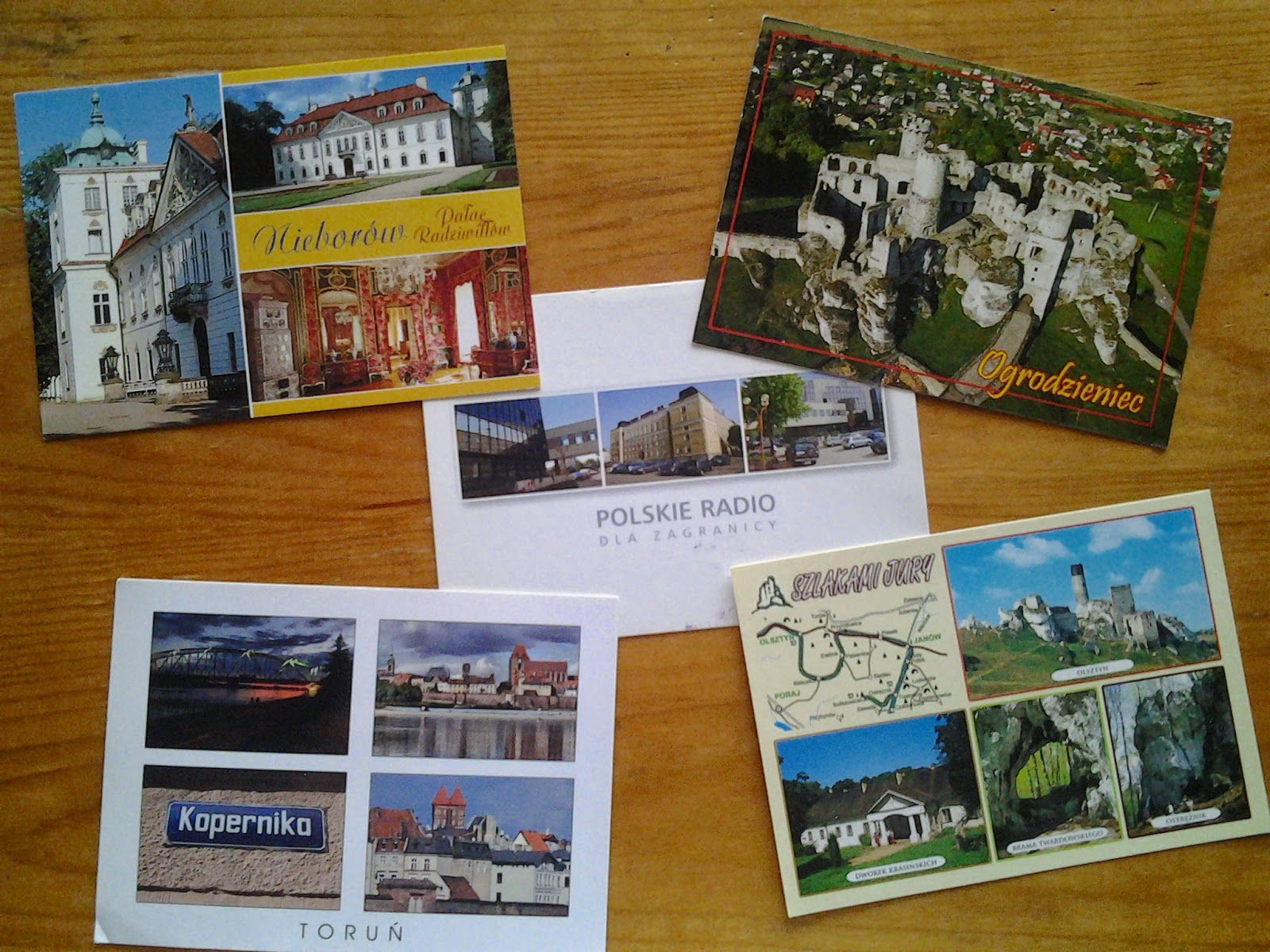 Polski Radio in the past five years relayed broadcasts from Skelton and Woofferton (UK) and Dhabbaya (UAE). On a rare occasional I received an eQSL among the traditional QSL cards. On one occasion they even QSLed for an internet broadcast via Radio 700 in Germany. 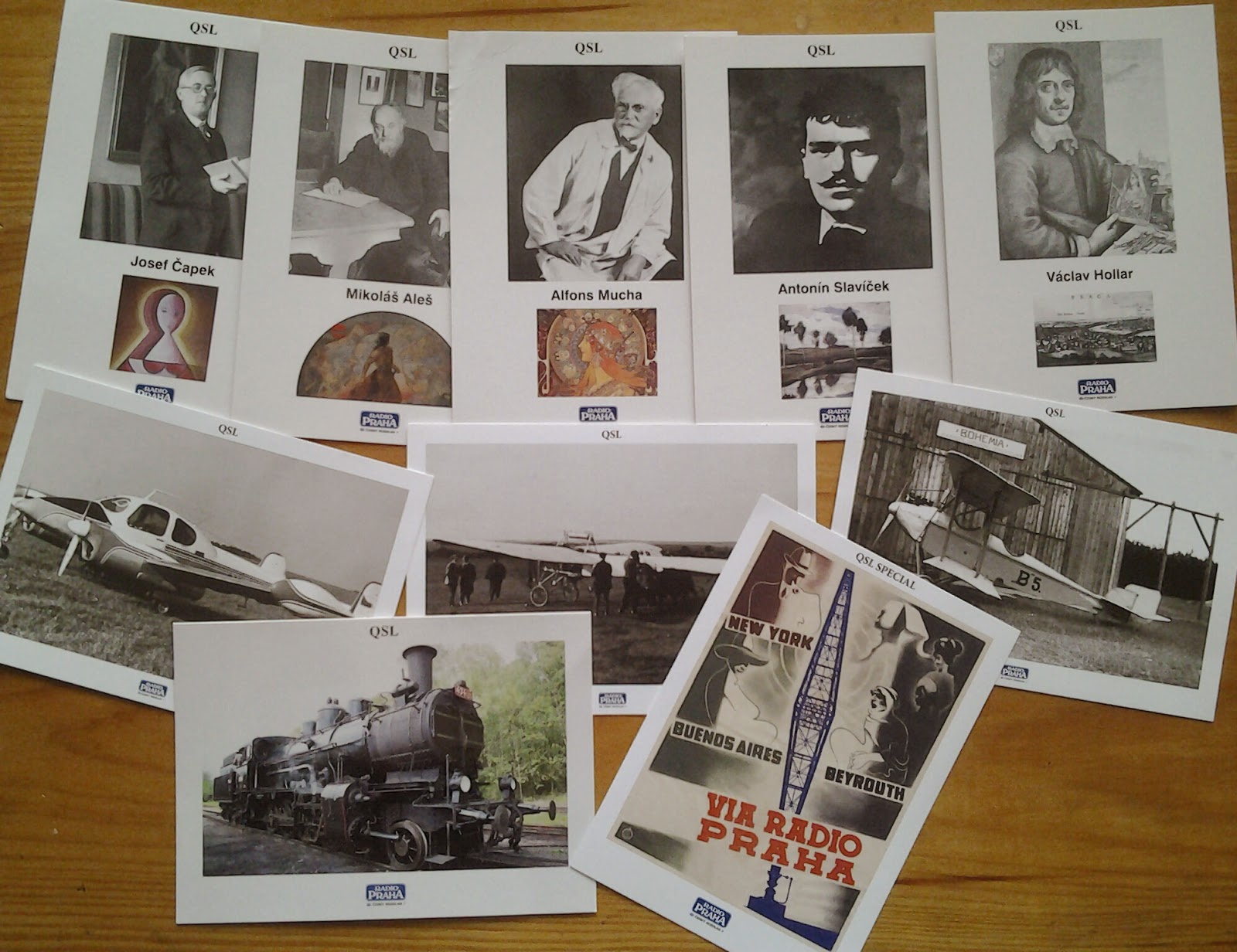 Radio Prague International has been QSLed for their internet and short-wave broadcasts. Before termination of their short-wave, this Czech Republic was verified from their Prague site, and more recently via WRMI in Okeechobee, Florida (USA). QSL cards featured former Czechoslovakian airplanes, trains, artists and similar heritage related topics. Souvenir items and stickers were regularly provided with each QSL card. 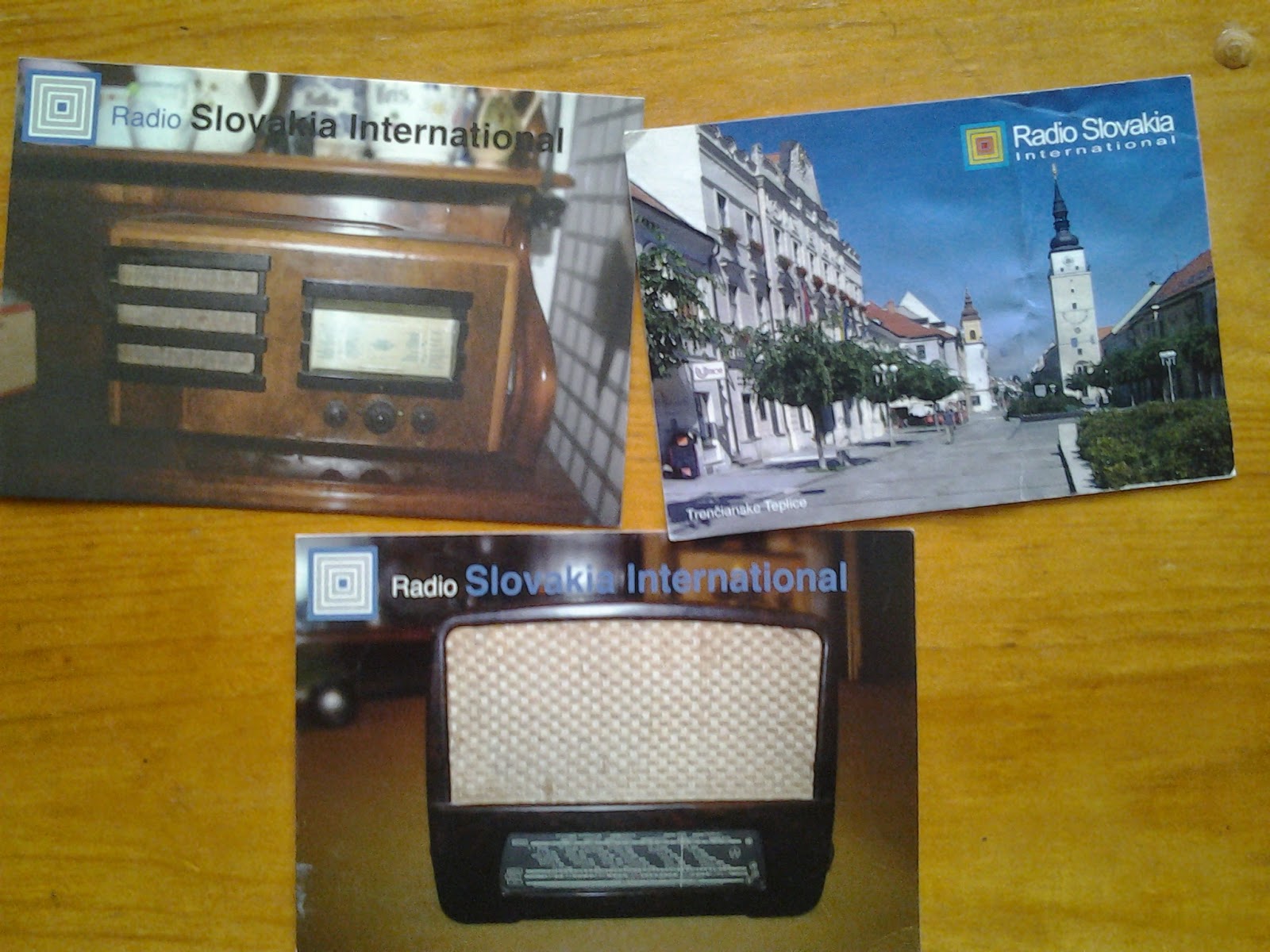 Radio Slovakia International was first QSLed from their shortwave facility in Bratislava, then subsequently via Internet stream and  WRMI in Okeechobee, Florida (USA). Landmarks of Slovakia initially were depicted on their cards, and finally vintage radios made in former Czechoslovakia. Souvenir items, i.e photos of English staff and coins, were occasionally included with each QSL card. 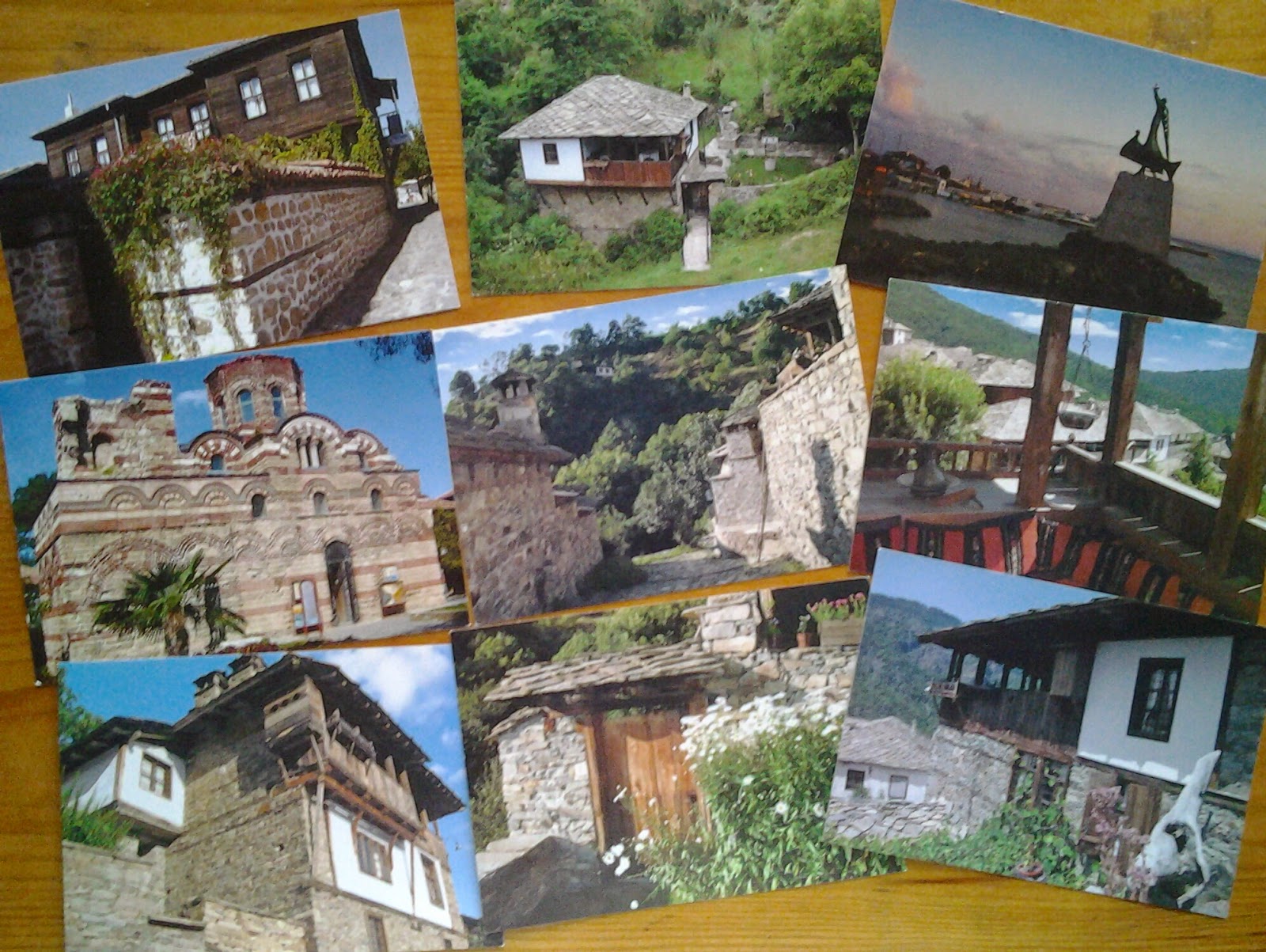 Radio Bulgaria was an excellent verifier until their final transmission in 2012. Presently their transmitter site in Kostinbrod/Sofia is utilized  by various broadcasters, i.e. Bible Voice Broadcasting, The Overcomer Ministry and ESAT. 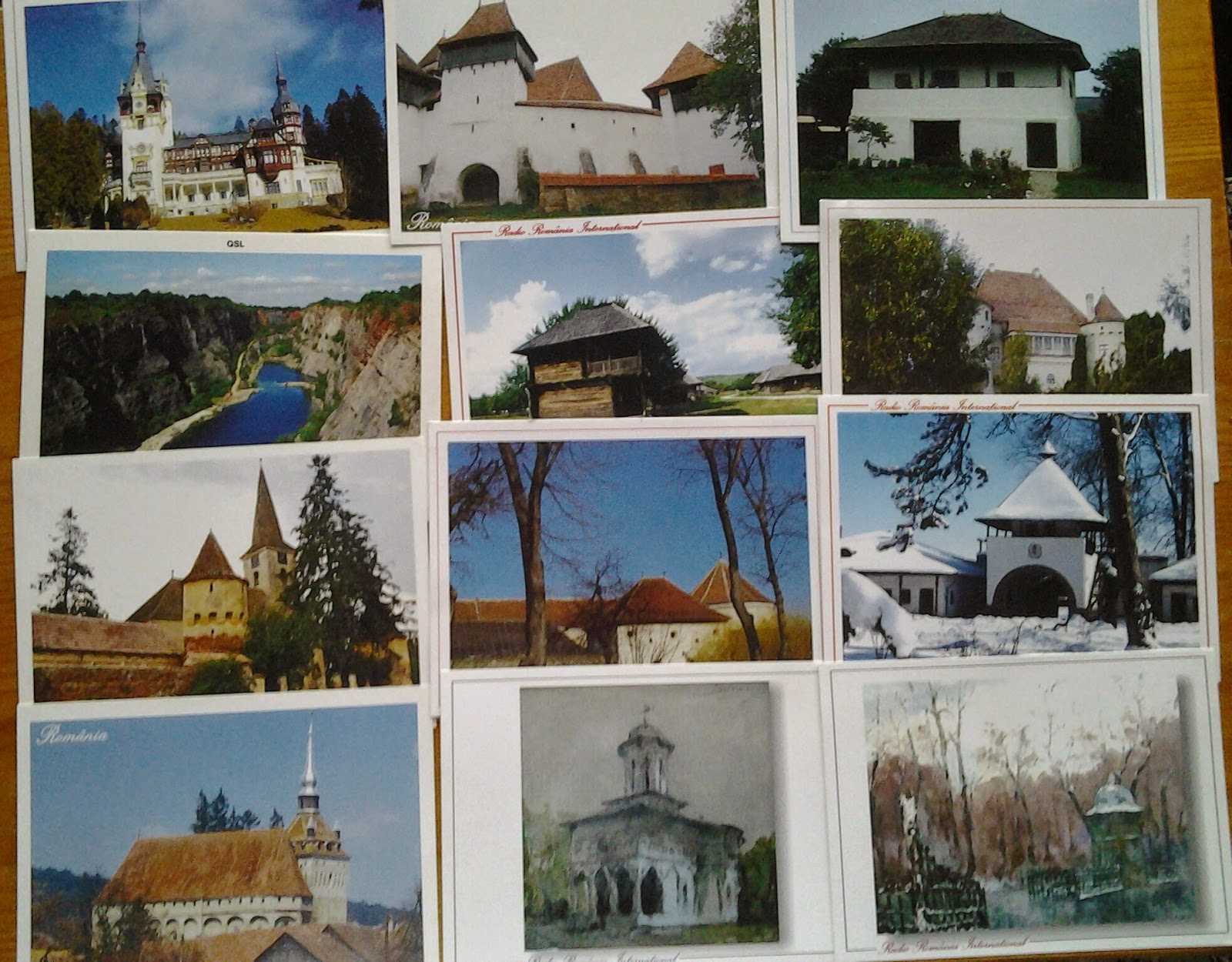 Radio Romania International, transmitting from Galbeni and Tiganesti, is one the few East European stations still in operation, and will routinely lease their Tiganesti facility to other broadcasters, notably IRRS. 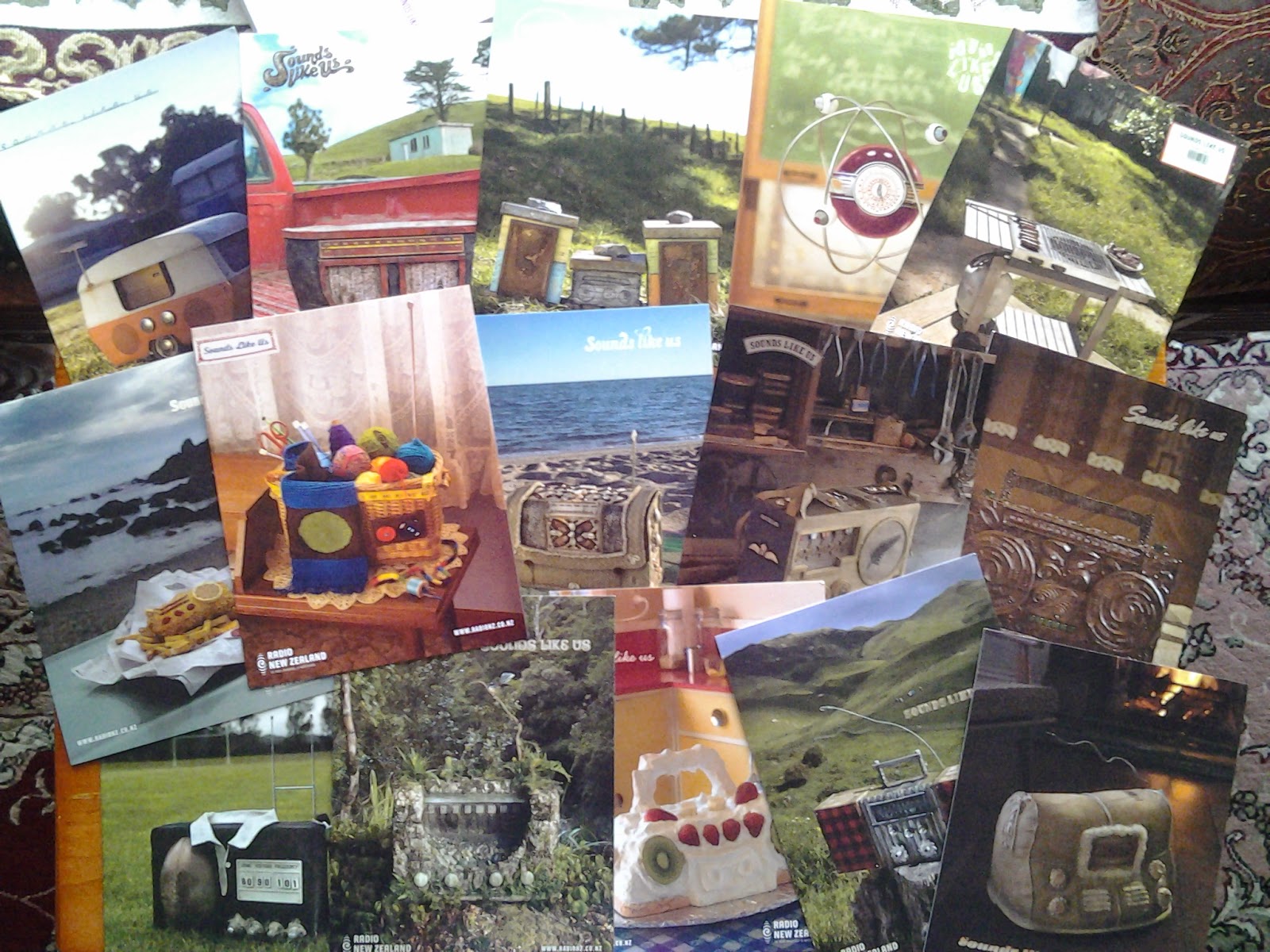 Radio New Zealand International, one of my favorite stations, is strictly homegrown and operates from Rangitaiki. I am particularly fond of their QSL series "Sounds Like Us". These QSls feature characteristics related to New Zealand in the form of a radio. Take a look at my previous comments HERE. Suffice it to say, creative stuff! 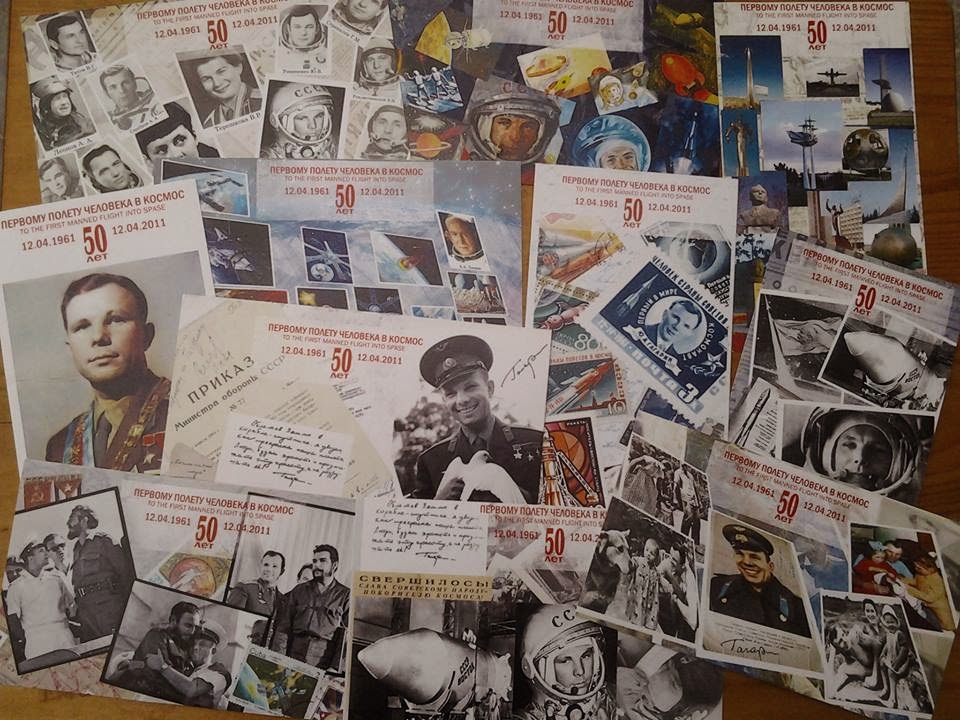 Voice of Russia for the most part transmitted from various transmitter sites around the country. Between 2010 till the end of their short-wave service in 2014, one of their more interesting QSL series was the commemorative Soviet manned space flight featuring Yuri Gugarin. Besides Taldom/Moscow, VoR could be heard from Cita, Samara, St. Petersburg, Novosibirsk-Oyash, Krasnodar, Serpukhov, Petropavlovsky-Kamchatsky and Vladivostok. Having said this, VoR transmissions also radiated from Yerevan (Armenia), Dushanbe-Yangiyul Tajikistan), Kishinev-Grigoriopol (Republic of Moldova) and Baoji Xinjie (China).

Russian stations other than Voice of Russia issued QSLs too. Among these were RWN Russian Standard Frequency & Time Service (Moscow), St. Petersburg Regional Centre - VOR (St. Petersburg). Tartastan Wave and Radio Rossi (Moscow-Taldom). Interestingly, many regional affliliate stations of Radio Rossi were regularly received in Malaysia. Attempts to obtain QSLs from them were unsuccessful. Of the former Soviet stations QSLed, only Radio Ukraine International was obtained, and it regrettably for an Internet broadcast, a few years  after their short-wave service ceased. 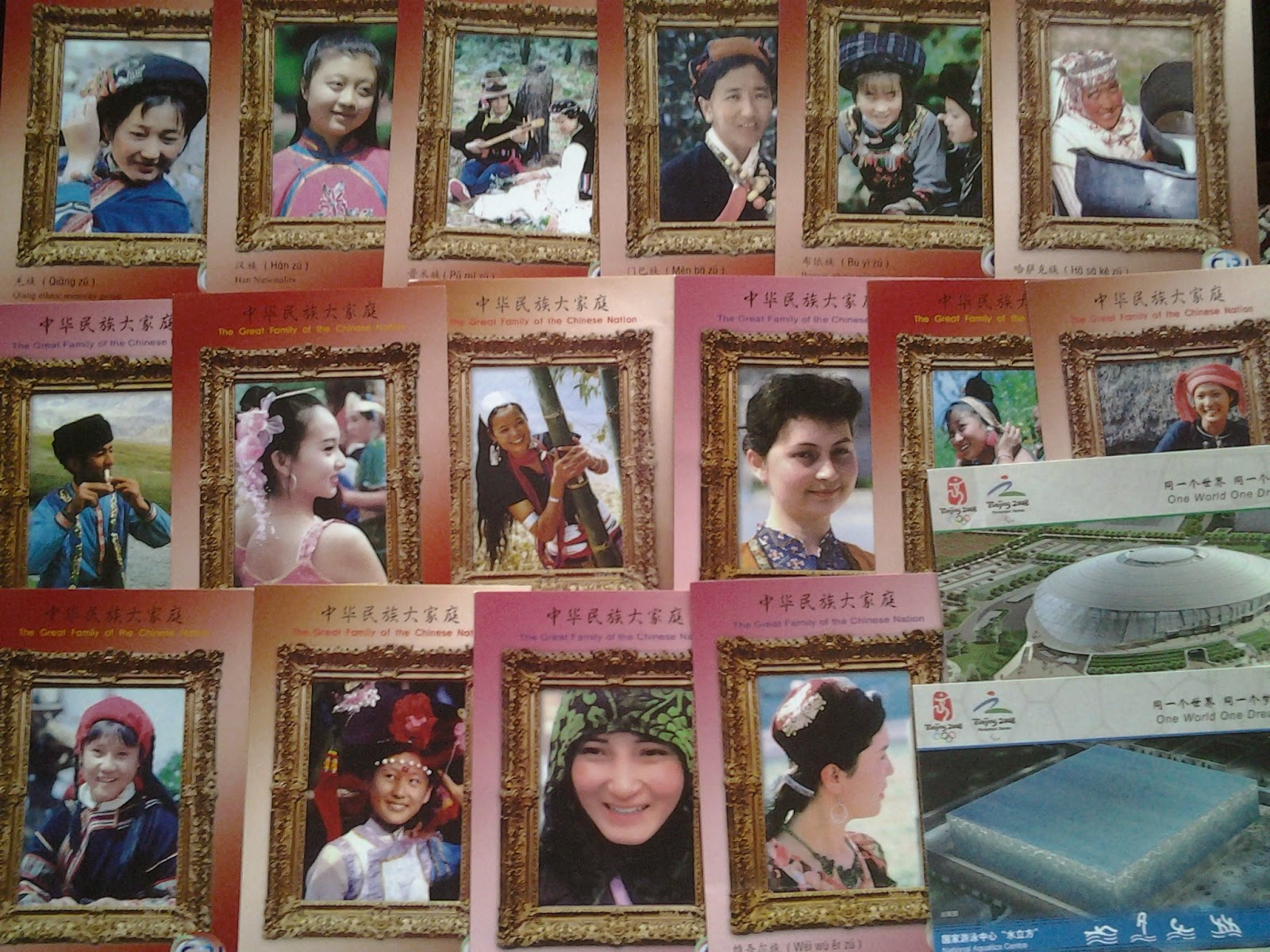 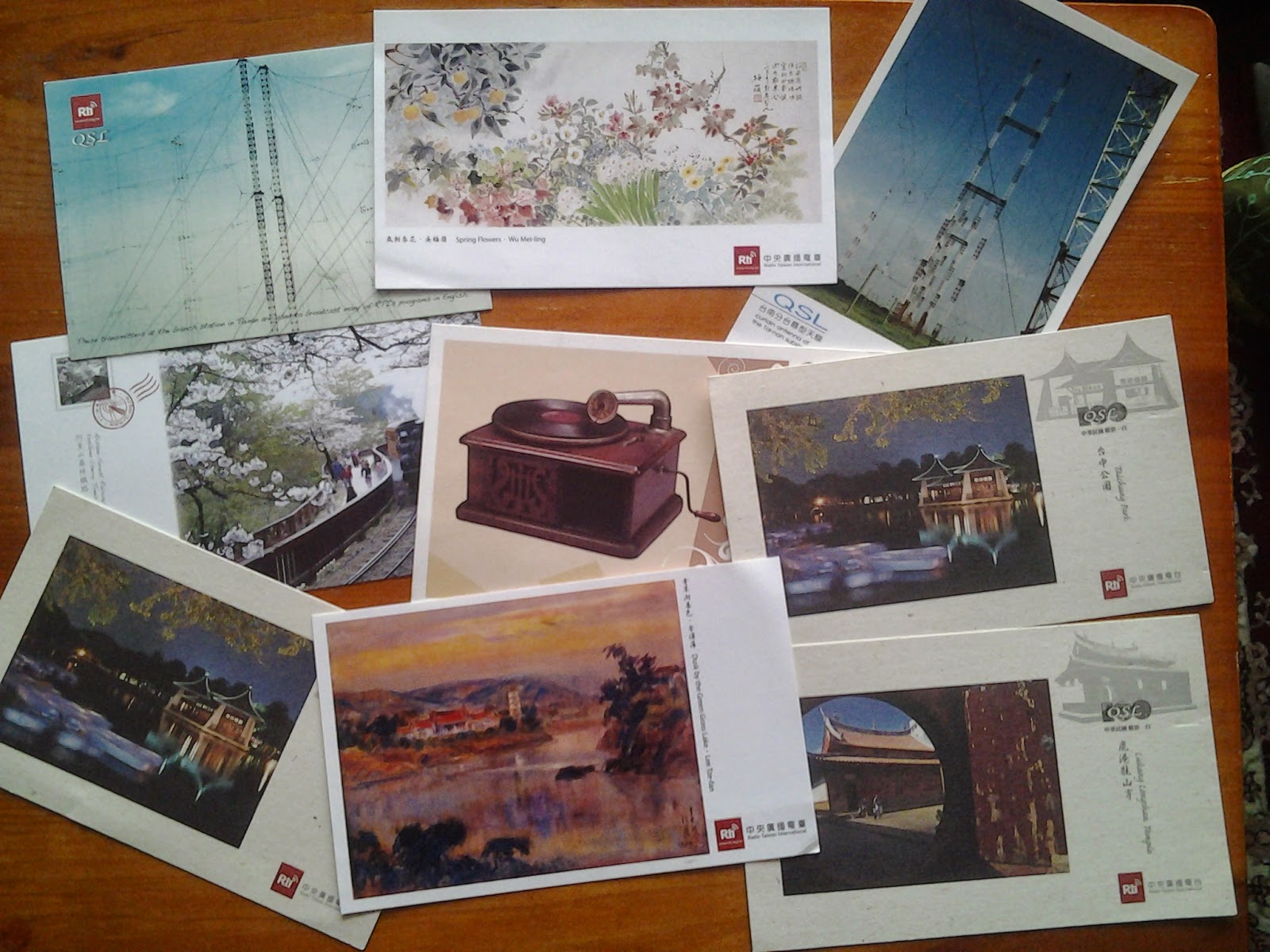 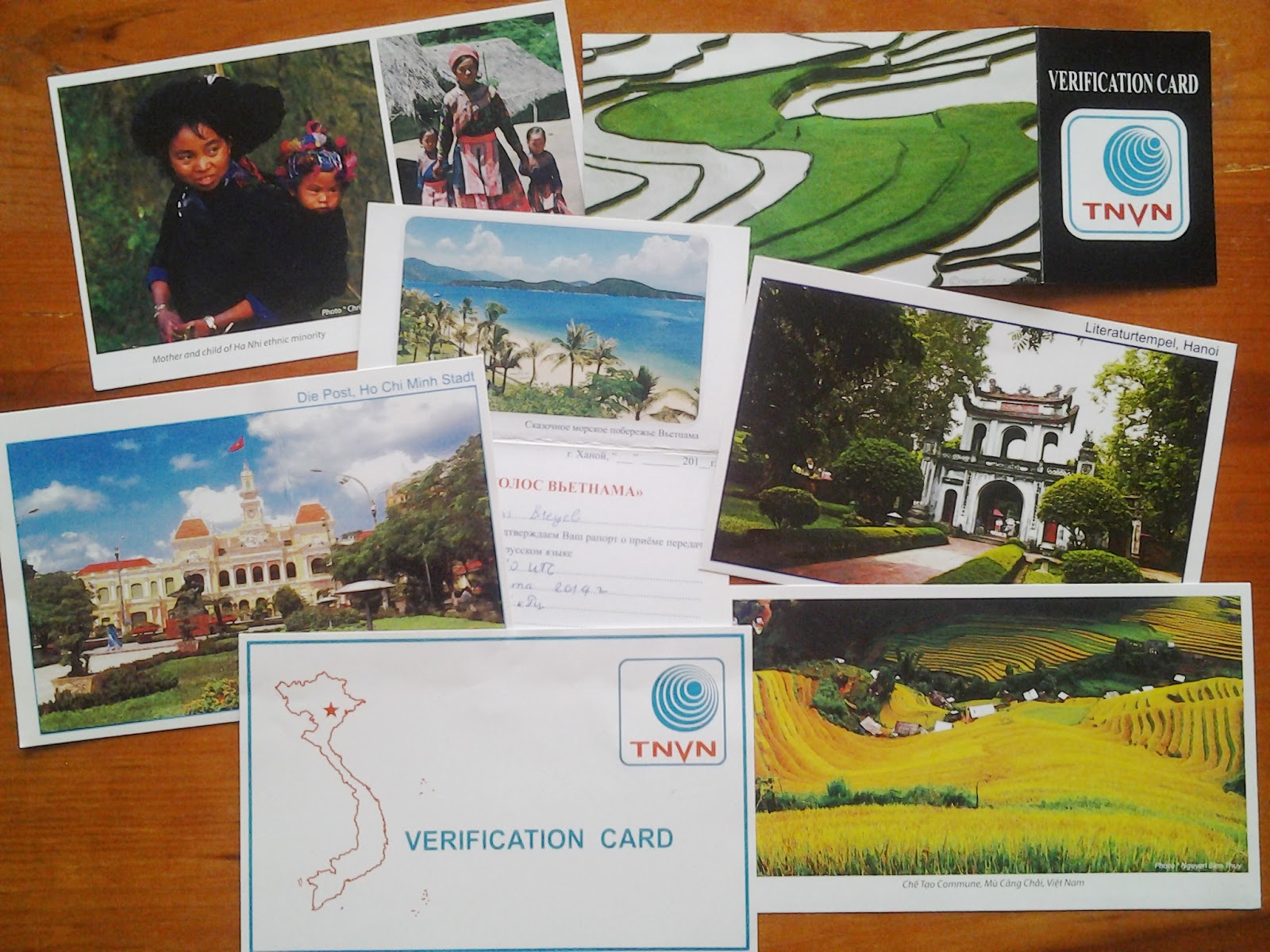 Voice of Vietnam in an effort to promote their country has issued QSL cards in various languages, featuring national landmarks and cultural aspects. Besides domestic transmitter sites in Hanoi and DacLac (in former South Vietnam), VoV has QSLed for relay broadcasts from Moosbrunn (Austria) and Woofferton (UK). 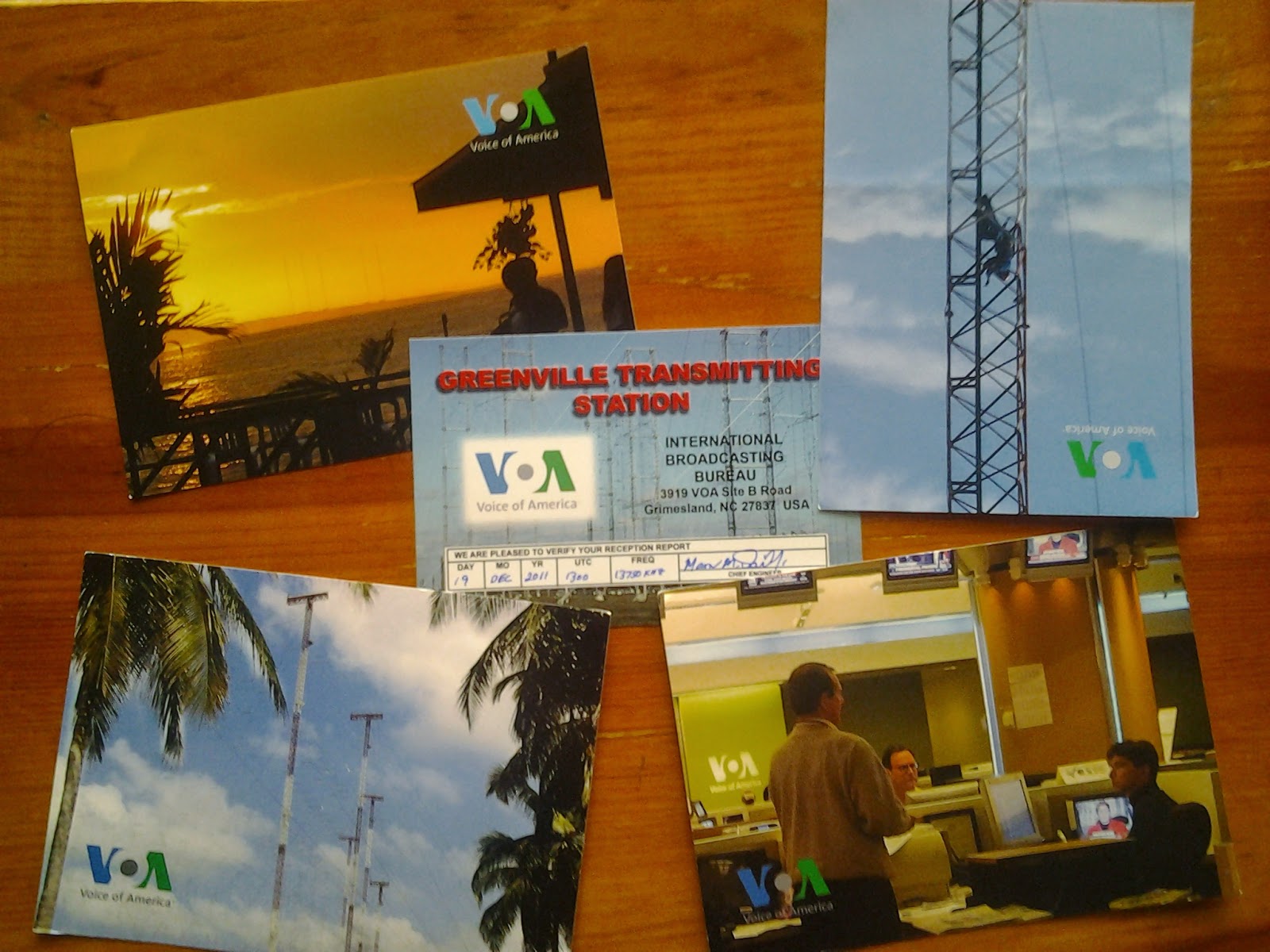 Voice of America since 2010 has issued QSL cards depicting their transmitter relay sites from around the world. Aside from their only domestic transmitter -- the Edward R. Murrow facility -- in Greenville, North Carolina, VOA/IBB broadcasts have been QSLed for Bonaire, Santa Maria di Galeria (Vatican), Kuwait, Botswana, Sao Tome Principe,  Iranawila (Sri Lanka), Udon Thani (Thailand) and Tinang (Philippines). As most listeners know specific VOA/IBB broadcasts to Asia were axed in 2014. 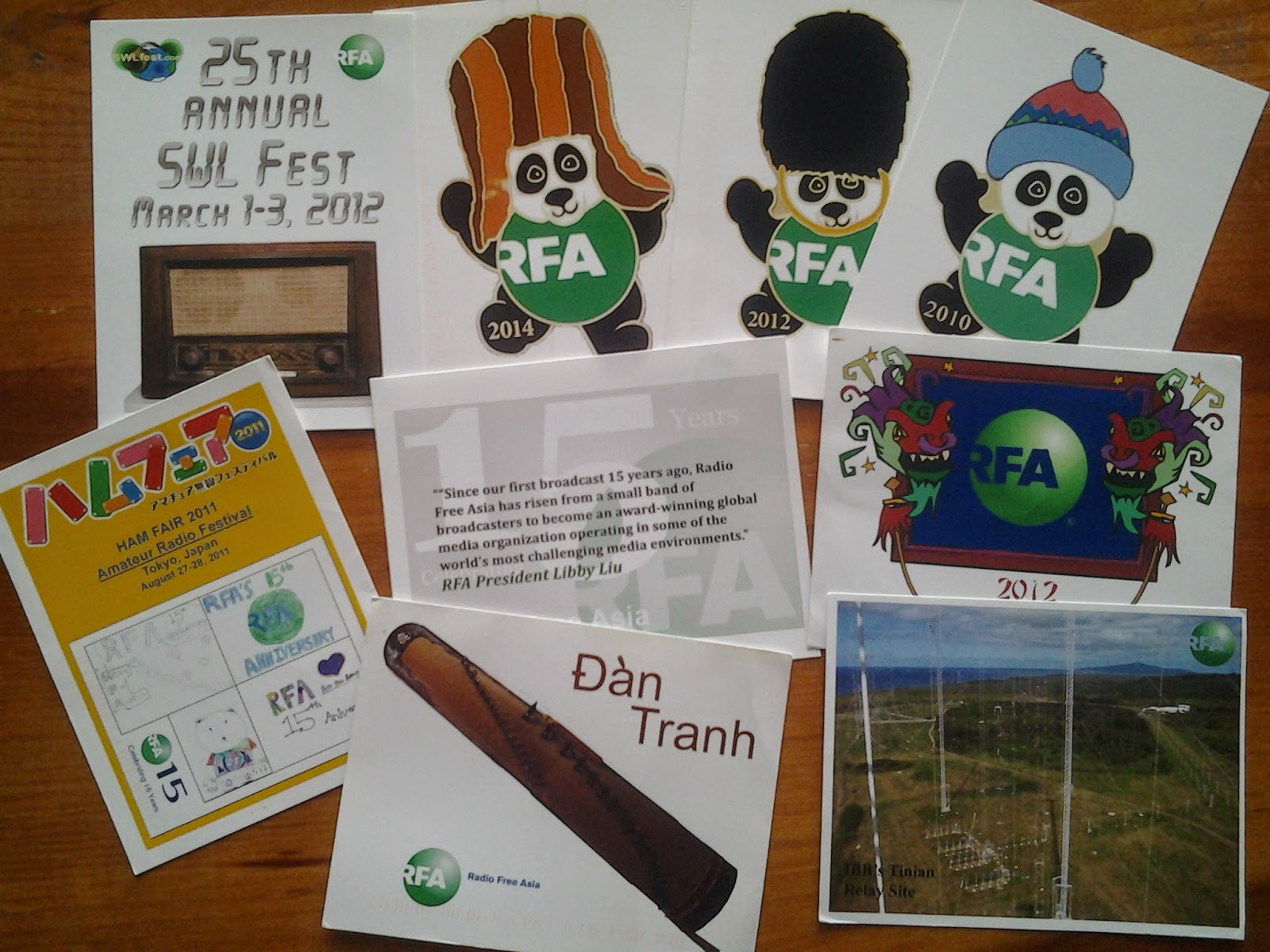 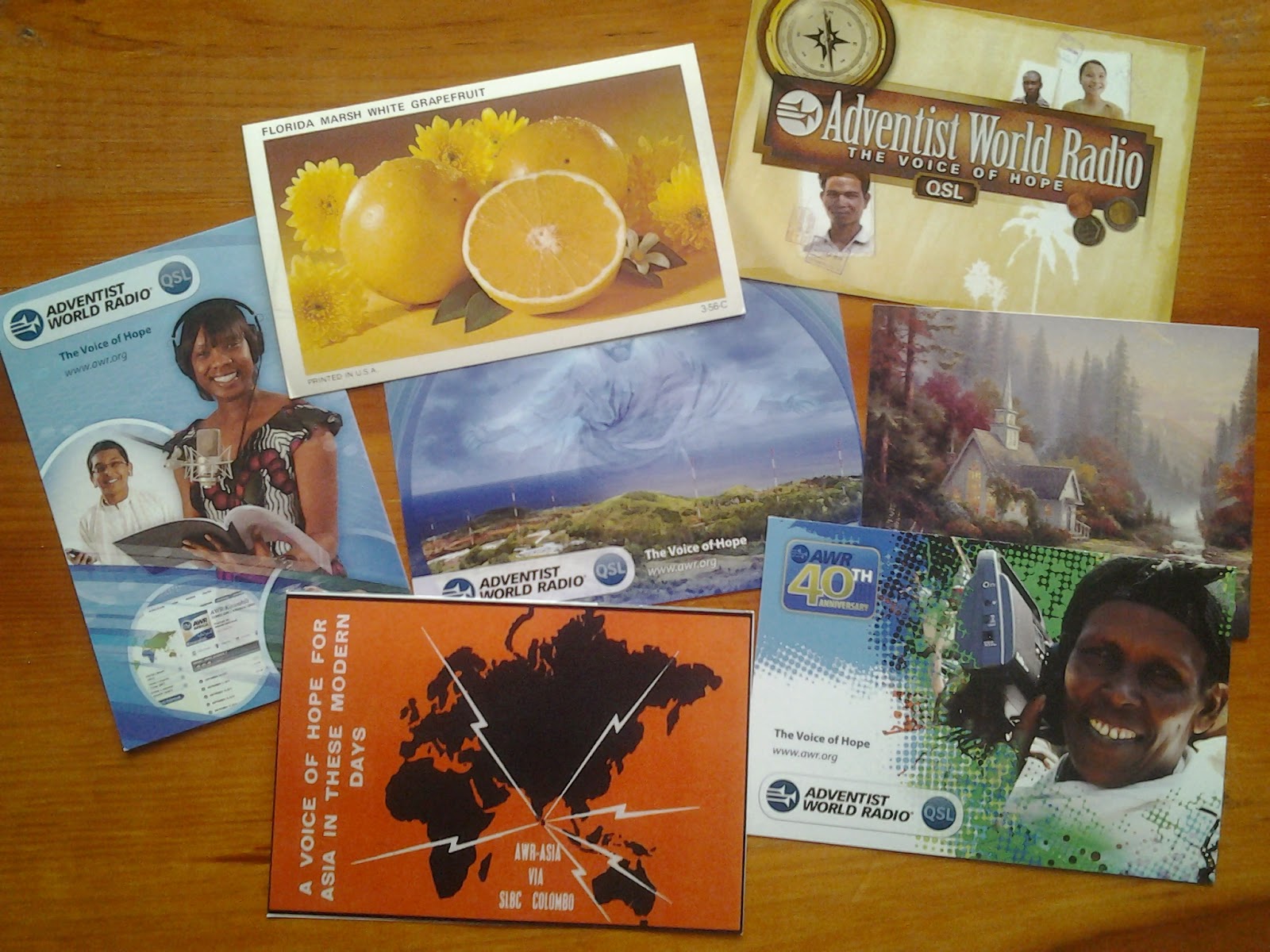 Adventist World Radio, like so many evangelical broadcasters, i.e WYFR, Bible Voice Broadcasting, FEBA, FEBC, The Overcomer Ministry, PanAmerican Broadcasting, is an excellent verifier and heard from many transmitter sites worldwide. Inasmuch as my interest has been more in QSLing their myriad sites, rather than their programming, I have received AWR verifications for broadcasts from Moosbrunn (Austria), Nauen and Wertachtal (Germany), Agat (Guam), Trincomalee (Sri Lanka) and Okeechobee, Florida (USA). 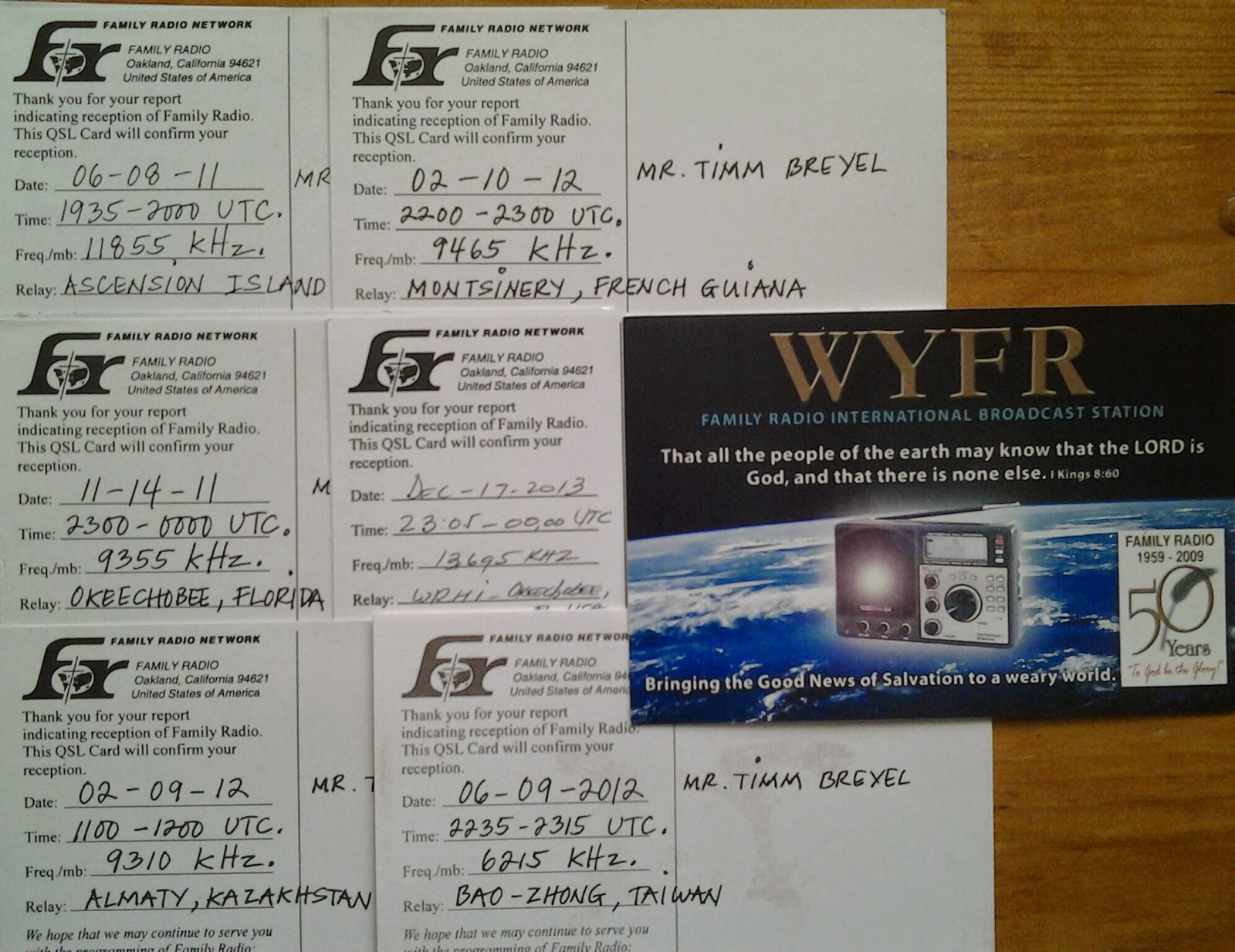 WYFR - Family Radio used to be a dominant evangelical voice on shortwave until their demise in 2013. Their broadcasts were relayed from Ascenion Island, Montsinery-Tonnegrande (French Guinea), Bao-Zhong (Taiwan) and Almaty (Kazakhstan). Transmissions originated from their home site in Okeechobee, Florida (USA), and still does from WRMI who presently owns their former facility. 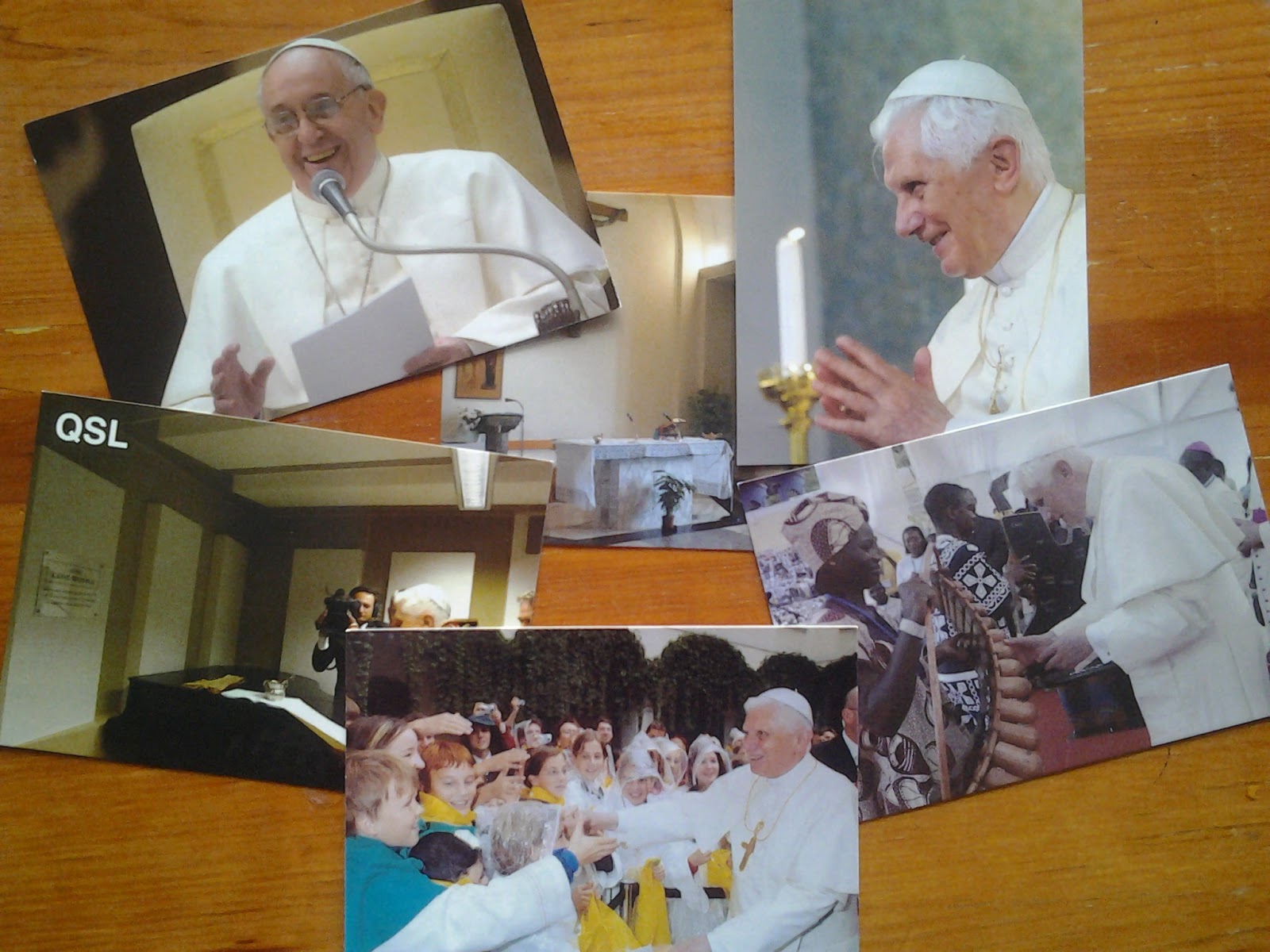 Vatican Radio, the voice of Catholicism along with Radio Veritas, has broadcast from transmitter sites other than Santa Maria di Galeria. An excellent verifier, I have received confirmations for their broadcasts from Talanta Volandry (Madagascar), Tinang (Philippines) and Tashkent (Uzbekistan). 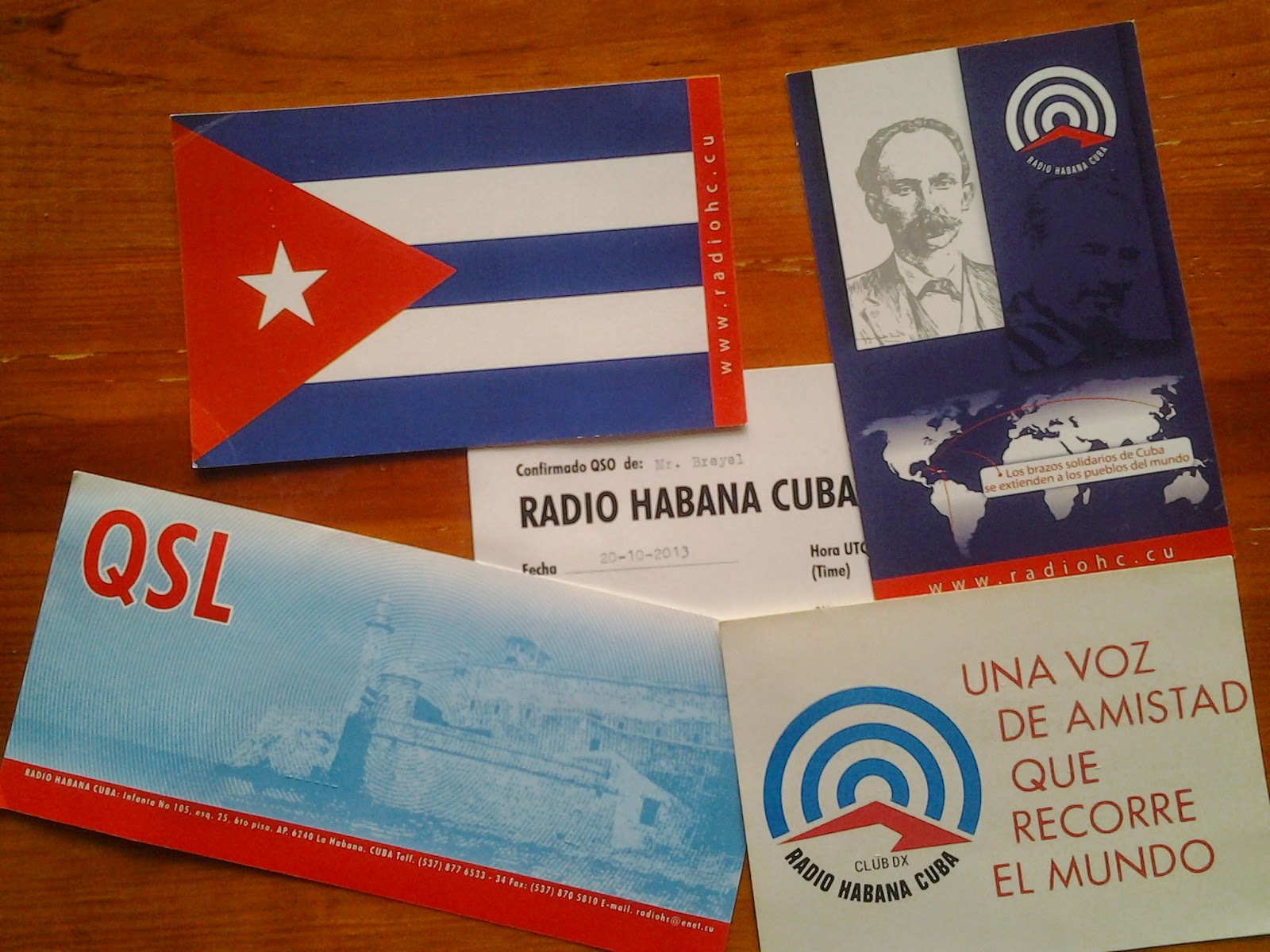 Radio Habana Cuba, a powerhouse broadcaster in the Americas, is quite the DX catch in South East Asia. Their transmissions as well as those of Radio Nacional Venezuela and Radio China International have been QSLed from Habana. 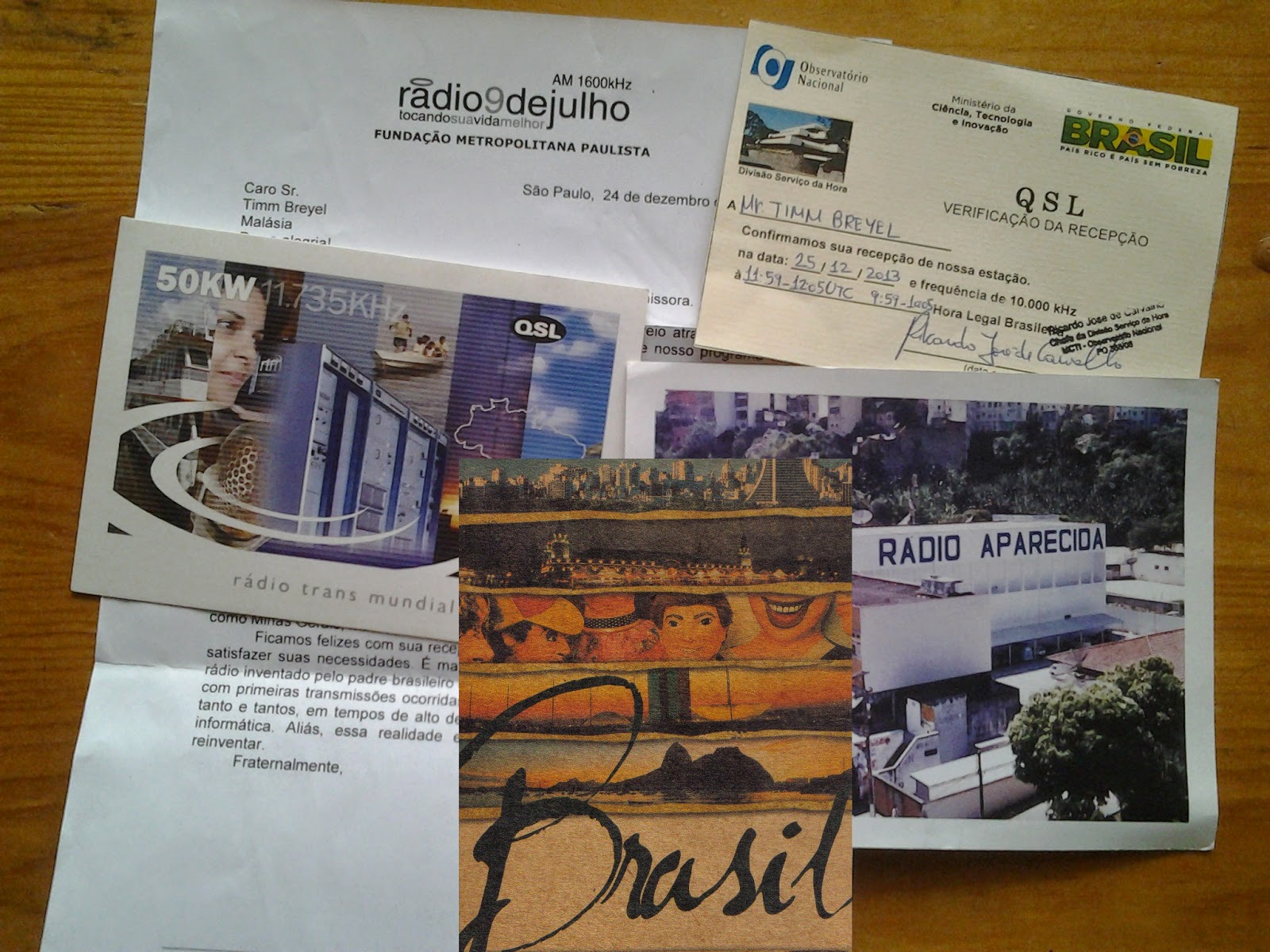 All India Radio, a broadcaster relatively easy to hear but difficult to QSL, is received both on short-wave and medium-wave in Malaysia. While I have received many domestic AIR transmissions from around India and adjacent islands, I have managed only to obtain QSLs from transmitter sites in Aligarh, Bangalore, Delhi, Panaji (formerly Goa),  and Thiruvananthapuram (Kerala). 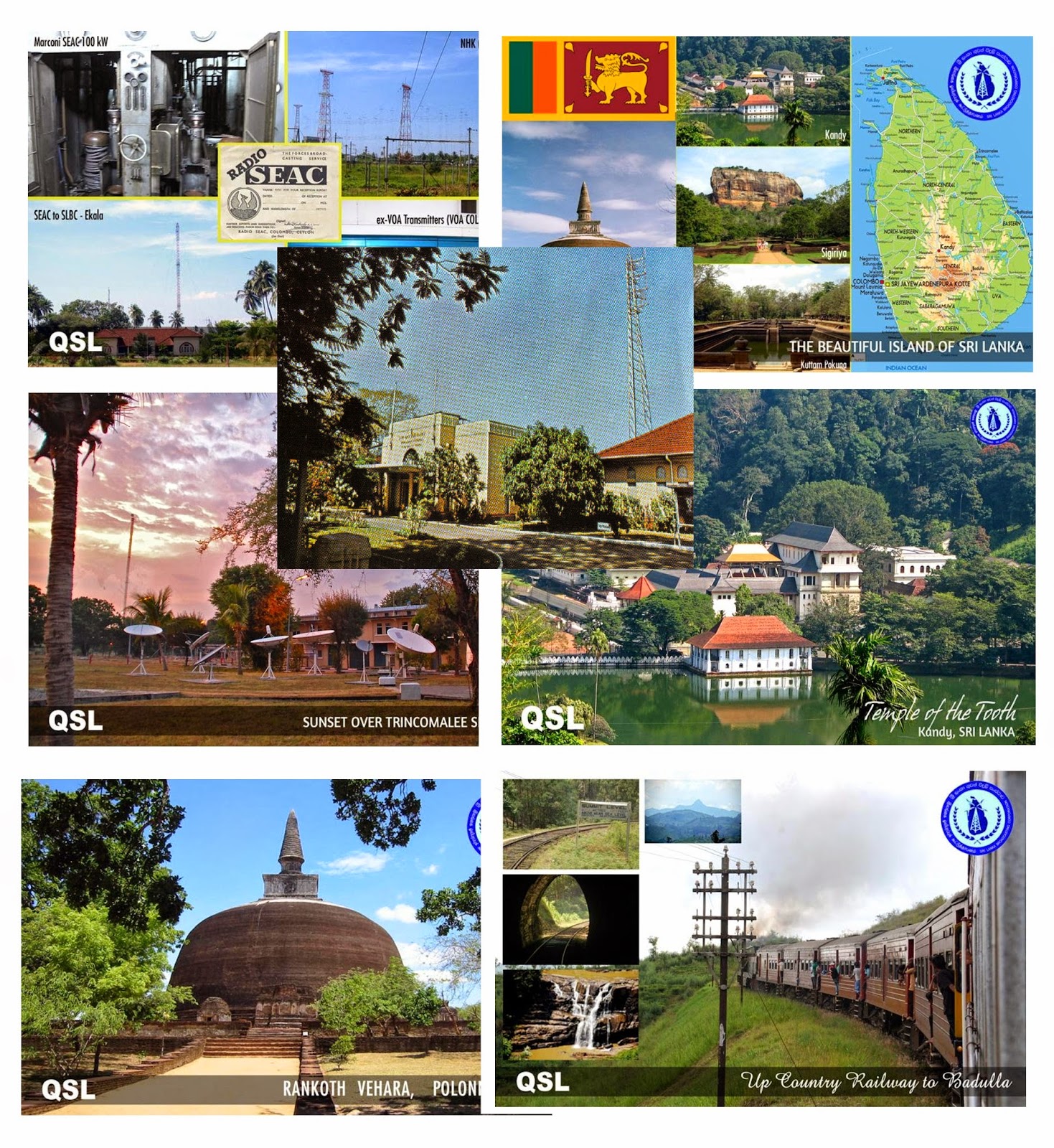 Sri Lanka Broadcasting Corporation offers a colourful series of eQSLs and QSL cards, depicting heritage landmarks, landscapes and SLBC transmitter sites. Over the past four years I have been fortunate to receive verifications for SLBC transmitter sites in Ekala and Trincomalee. Should one be unable to receive SLBC, Adventist World Radio and PCJ Radio International  relay their broadcasts from Trincomalee, the former Deutsche Welle site. All QSLs from SLBC and PCJ Radio are confirmed by veri-signer Victor Goonetilleke. IBB also relays VOA, RFA and RFE/RL broadcasts from Iranawila. Voice of Turkey is another excellent verifer with equally impressive QSLs, depicting their nation's history, landmarks and culture. All transmissions originate from their powerful 500 kW transmitter site in Emirler. 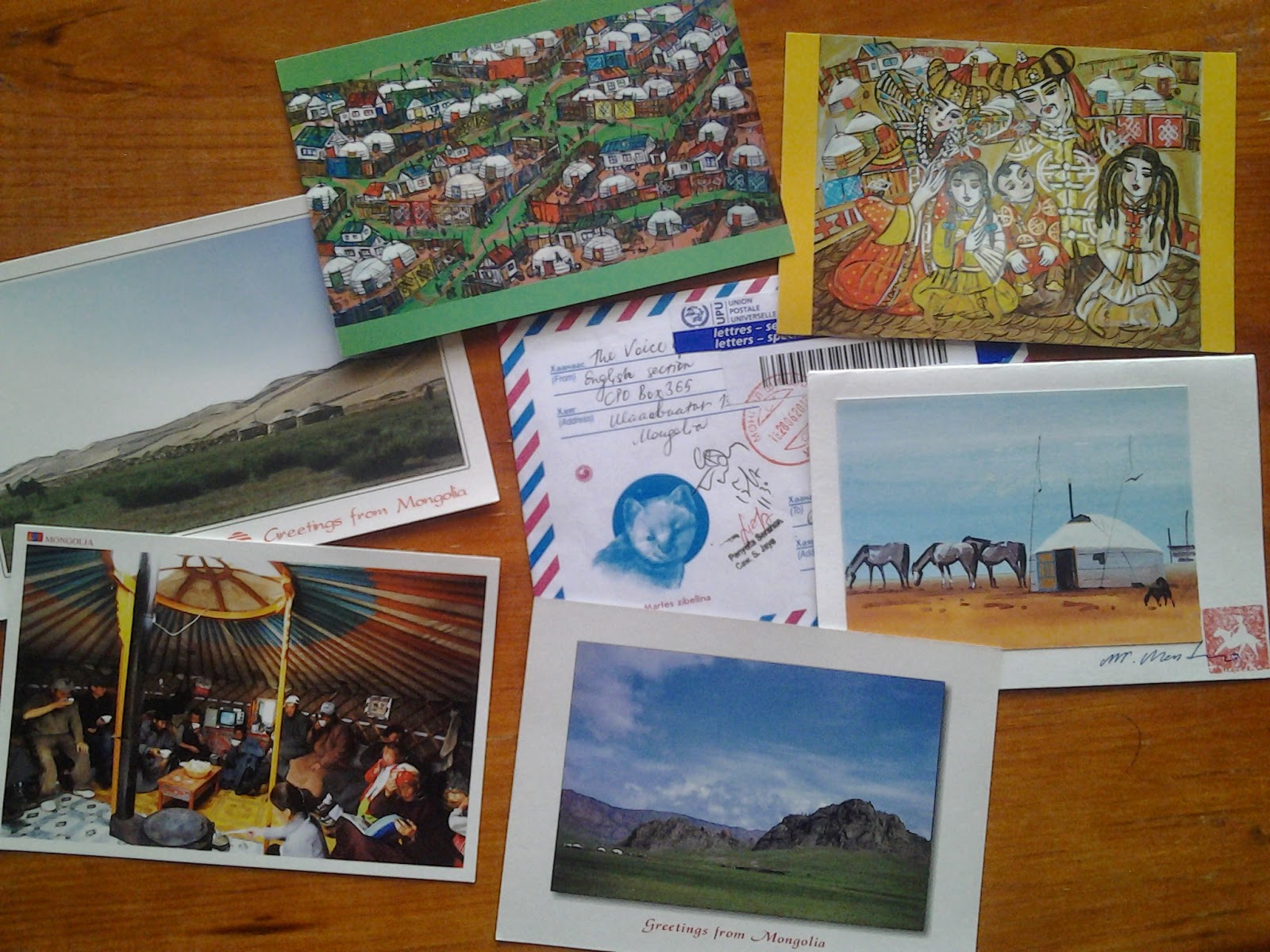 Voice of Mongolia, transmitting solely from Ulaan Baator, is a reliable and consistent verifier. In an effort to promote tourism in Mongolia, QSL cards often portray landscapes and cultural aspects of the country. All QSLs have been sent by registered mail to my home, both for internet and short-wave broadcasts. 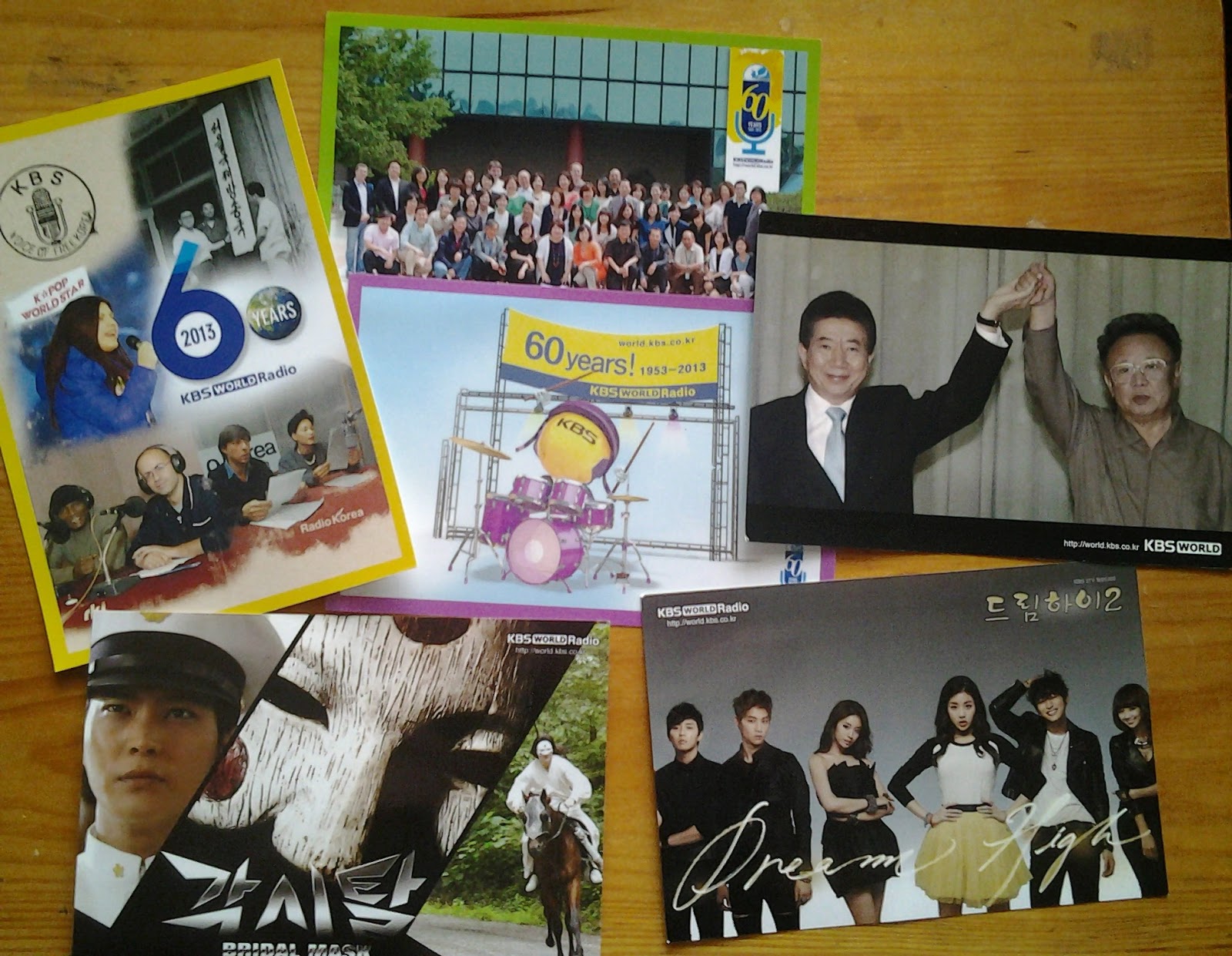 KBS World Radio in the Republic of Korea  readily confirms with QSL cards depicting Korean pop culture, current events and recently their 60th anniversary. Besides transmitting from Kimjae, KBS World Radio has relayed German language broadcasts from Woofferton (UK). KBS World Radio has even QSLed a BBC transmission orginating from Kimjae, although it was not stated on the card. Radio Canada International also used the Kimjae facility to relay their programming before ending their short-wave service, and they too were an excellent verifier.

Voice of Korea in the Democratic People's Republic of Korea is as different as day and night from KBS World Radio. Programming is strictly government issue with DPRK political agenda and patriotic music regularly featured, not just on the radio but their QSL cards as well. Monuments to their glorious leaders are usually depicted on each card. VoK and affiliated government stations around the country are received on several short-wave bands in South East Asia. VoK as QSLed for Pyongyang Broadcasting Station in Kanggye. 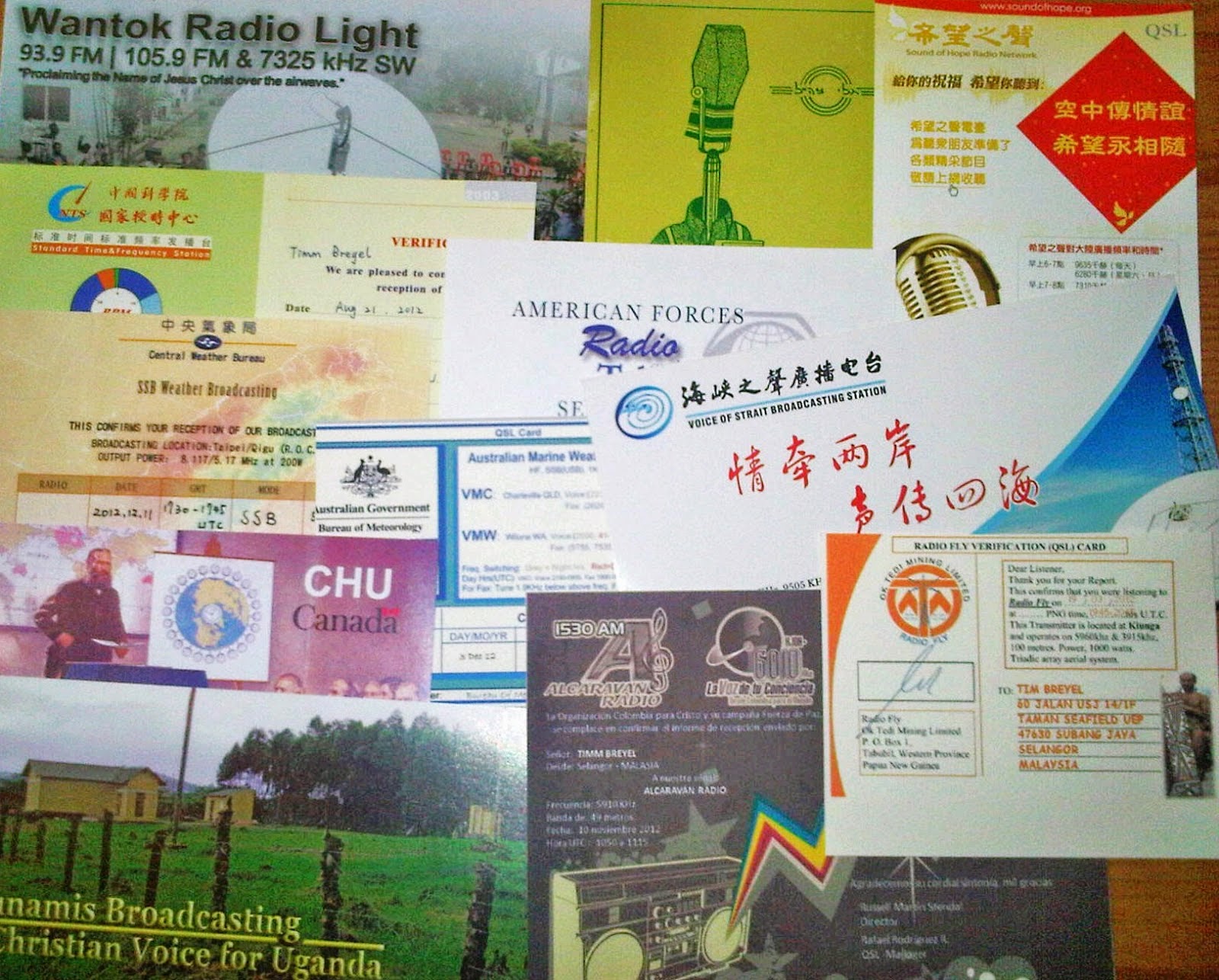 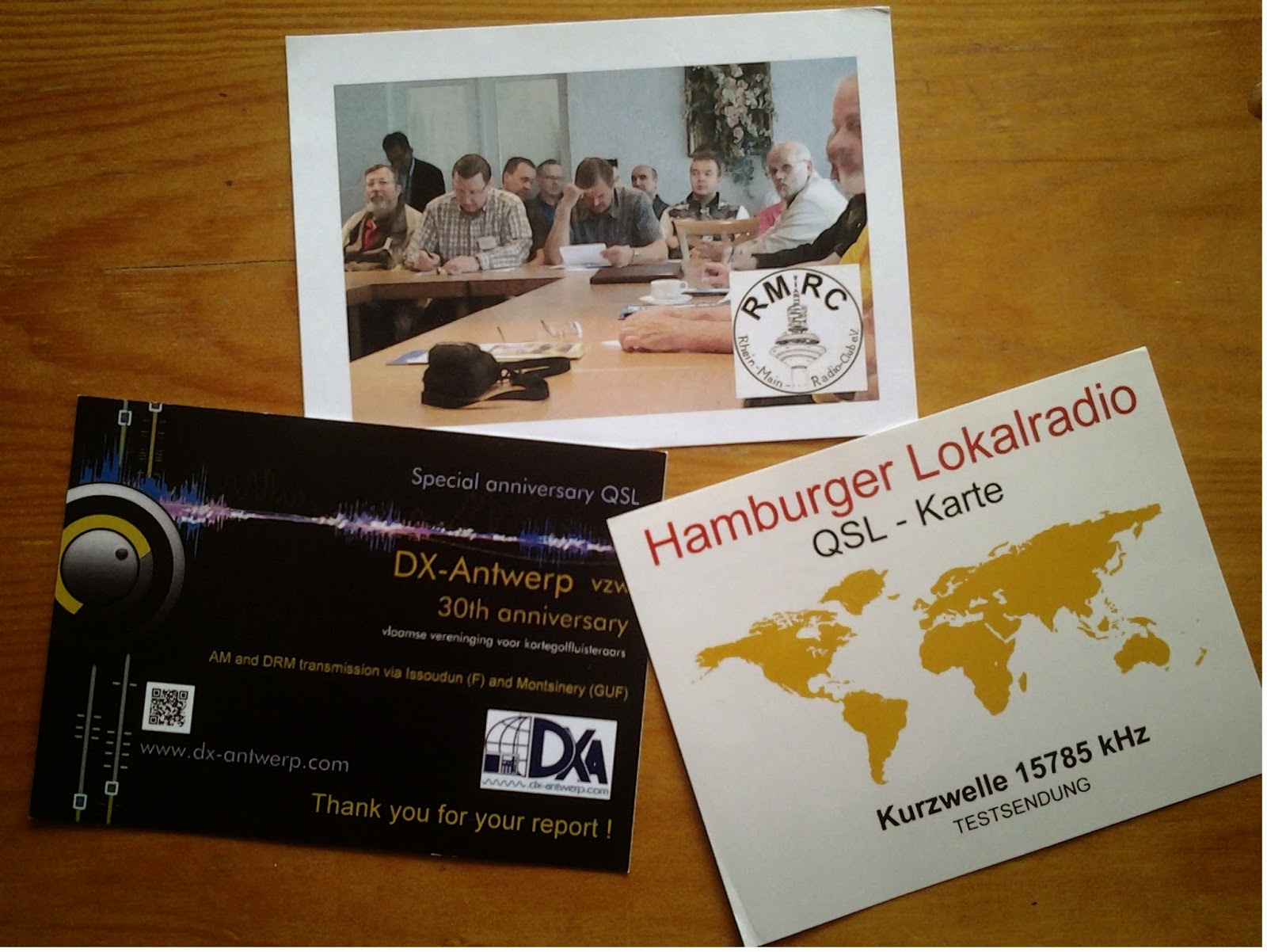 Specialty QSL cards of test transmissions and one day radio events occasionally air over short-wave. This may be more common in Europe with low-powered transmitters than anywhere else, and certainly not in my quarter of Asia. I have unfortunately missed many of these broadcasts, but have been fortunate to catch and receive confirmations for DX-Antwerp Special 30th Anniversary Broadcast (Issoudun and French Guiana), Rhein Main Radio Club Special (Lithuania), Hamburger Lokalradio test transmission (Gohren/Schwerin), WWV test transmission on 25 MHz (Fort Collins, Colorado), PCJ Radio International test transmission (Taiwan and Trincomalee) and BBC/Babcock test transmission for British Antarctica Survey (Woofferton and Dhabbaya).

To see these and other QSLs individually follow this LINK.