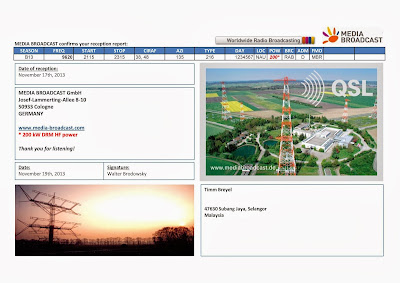 Radio Andernach via Media Broadcast facility in Nauen was logged on the short-wave frequency of 9.620  kHz (DRM). Programming for German military was noted from 22.15 to 22.30 UTC. Reception (SINPO) was 24332 -- decent signal strength in DRM format, within a 10 Hz bandwidth.