Radio Algerienne Holy Quran (via TDF - TéléDiffusion de France), transmitting from Issoudun, France, was logged on 15 March 2013. Quran recitation (in Arabic) and tafsir discussion (in Arabic) with station ID and details in French was monitored from 20.00 to 20.30 UTC. Reception on 11.775 kHz (SINPO): 34443 - fair signal strength, audible and clear despite with slight interference from Caribbean Beacon and some minor fading, especially as grey-line between Asia and Caribbean approached. 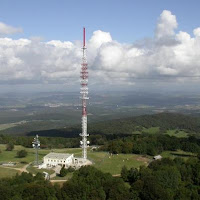 Reception report was submitted to TDF, owing that previous attempts to QSL directly from Radio Algerienne have failed. Report was  emailed to various people at TDP and their Facebook site. This eQSL-letter from TDF was received on 20 March 2013.